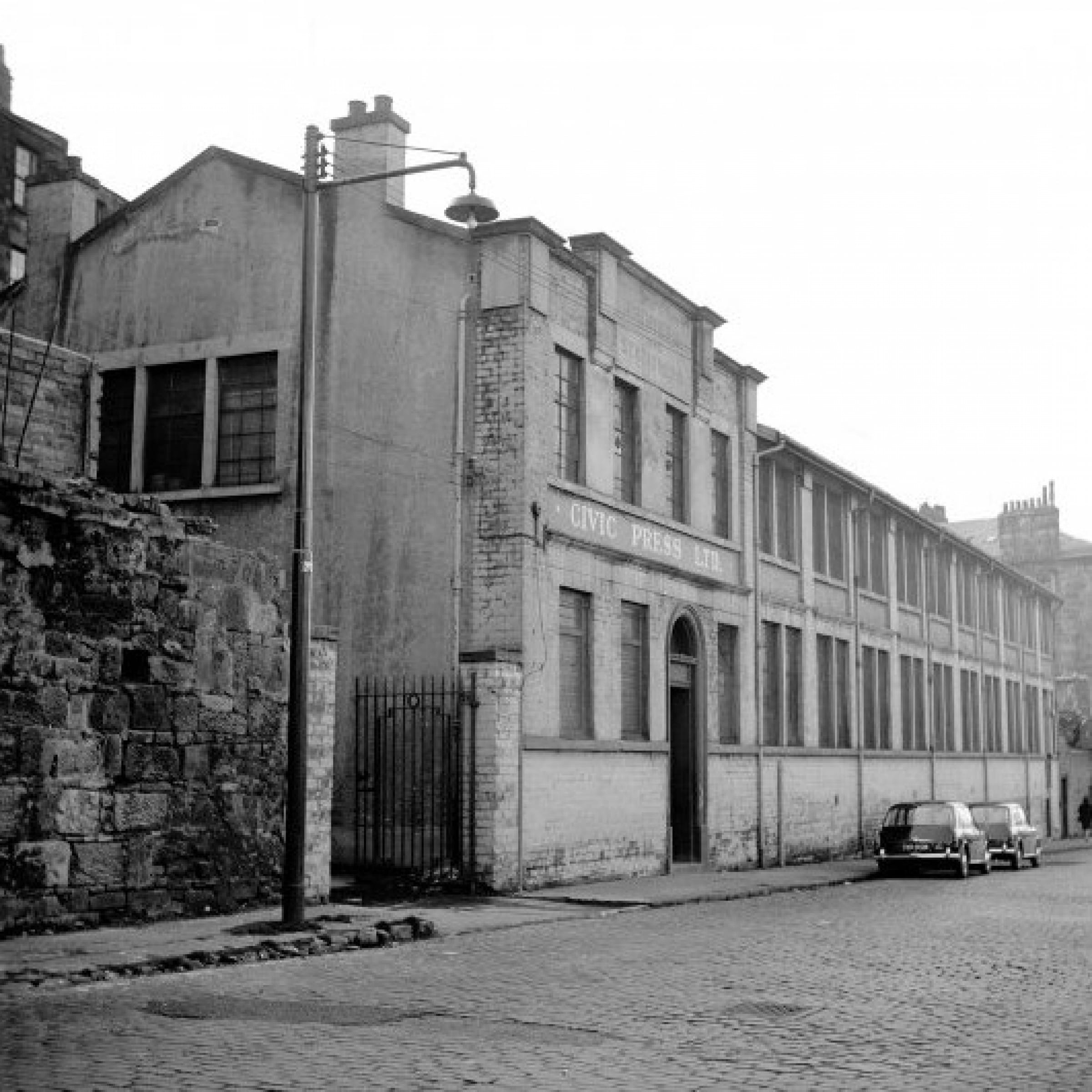 At a meeting this morning, in the much-changed surroundings of Civic Street, in the offices/workshop of the former Civic Press Ltd.

This was a printing works which specialised in left-wing publishing and printing, for instance, election posters and leaflets and placards for demonstrations. It was a survivor of the radical activity so characteristic of early 20th-century Glasgow.

This image shows the frontage of the building, which was built in the early 20th century of rendered brick, probably to resemble the fashionable concrete buildings of the period. Note the large number of windows, probably to facilitate hand composition of type.

As an ex-newspaperman man, I like to think of it as busy, with the clatter of Letterpress machines, the sound of metal type being selected and hammered into its wooden formers, and a wee gaggle of inky-fingered fellows standing outside, in their stained aprons and cellulose cuff protectors, having a fly flag, while putting the world to rights.

As can be seen in this view, the building was originally surrounded by tenements. These were cleared away in the late 1960s for the building of the M8, leaving the building isolated.

It's still sitting there, hidden away, just beyond the underpass with the giant, metal flower lights, which themselves mark the spot of Cowcaddens' lost Phoenix Park.

Today, rebranded as 'Civic House', it operates as a communal workspace, cafe, venue, events and exhibition space, and nursery.

It might be a wee bit off the beaten track, but the lunchtime aromas coming from the kitchen today had my mouth watering.