A tale of two cludgies... 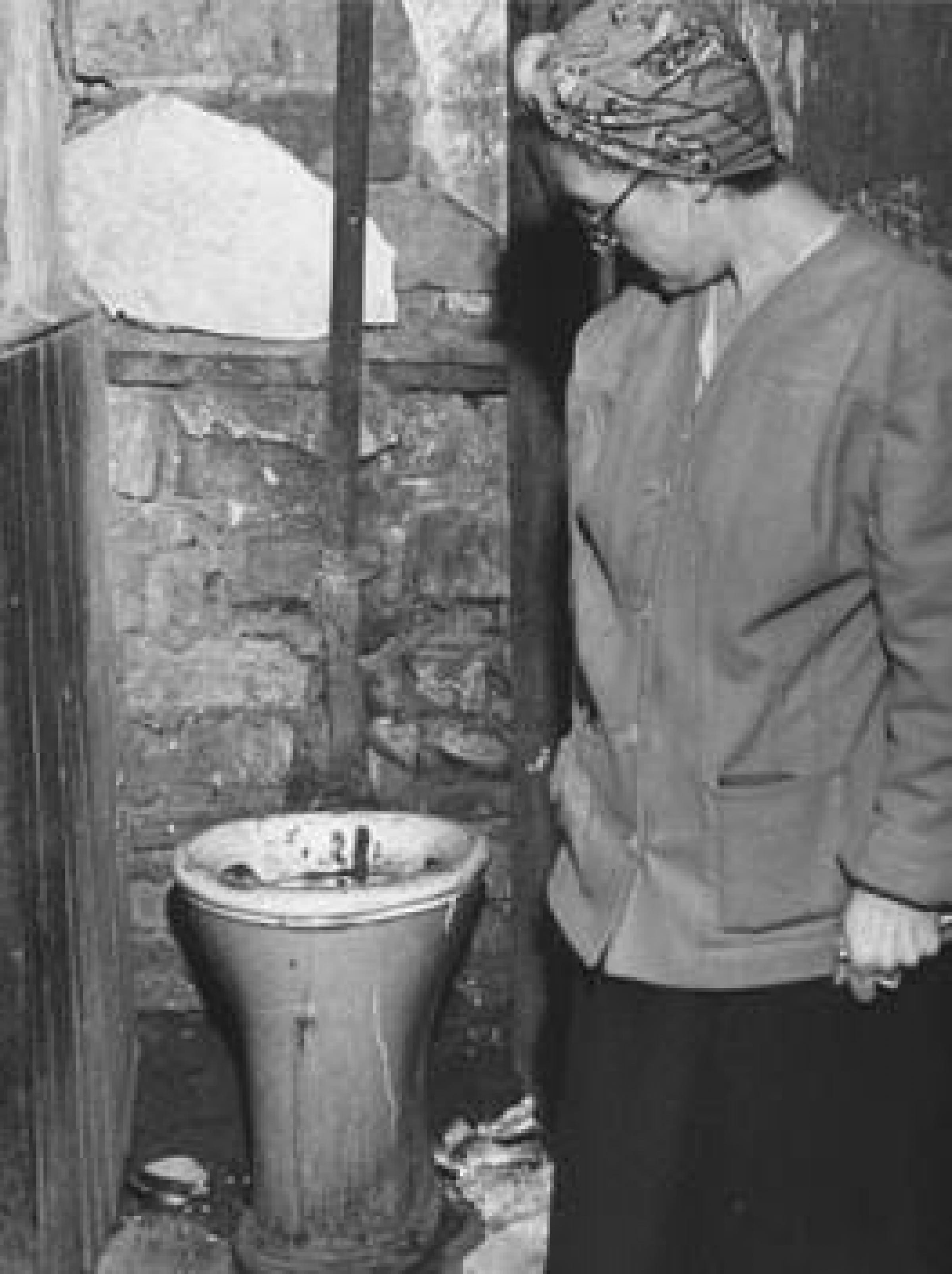 (with apologies to Charles Dickens).

Much as we think of Glasgow as a very egalitarian city, it's always been divided by class - even in such fundamental things as going about our daily business.

Compare this communal Gorbals cludgie with this gleaming temple to the goddess Hygeia in one of the plush townhouses in Blythswood Square - some Glasgow folk brought up whole families in a smaller room.

This hell-hole, snapped on a close landing in the Gorbals in 1948, would need more than a blast of Domestos to kill all known germs (and a few that science is yet to put a name to), while the plush, spacious and beautifully-tiled bathroom, complete with shower and side jets, toilet, bidet, bath and plunge pool wouldn't look out of place in a royal palace.

The communal cludgie reminds me of the old joke, about a neighbour who would leave it in a disgusting state, with keich all over the floor, up the walls, and even on the ceiling.

When cornered by the woman who's turn it was to clean it, he said he was in the habit of taking "salts".

Next time you feel the need, thank your lucky stars that you don't have to pull the front door behind you before you drop your breeks, bare your bahookie, hover and then pull the chain...