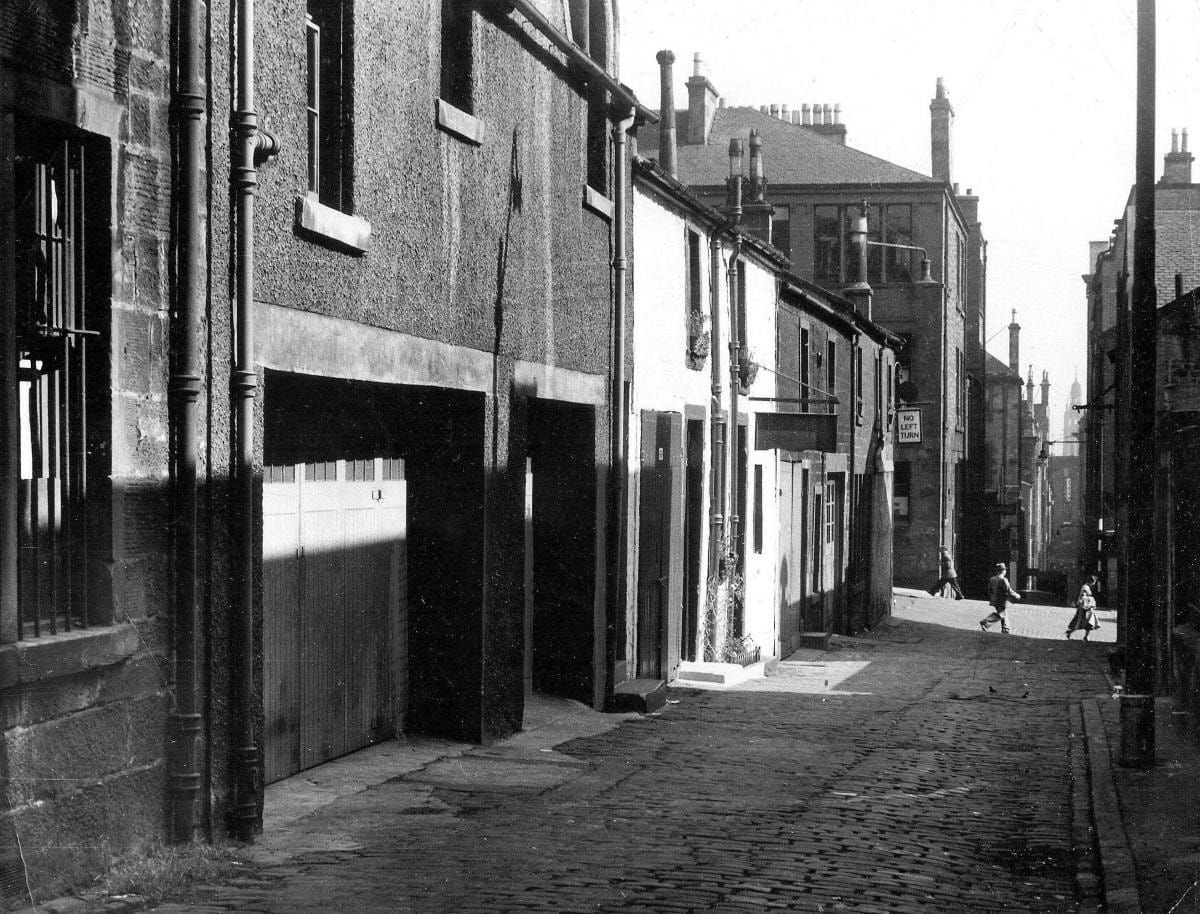 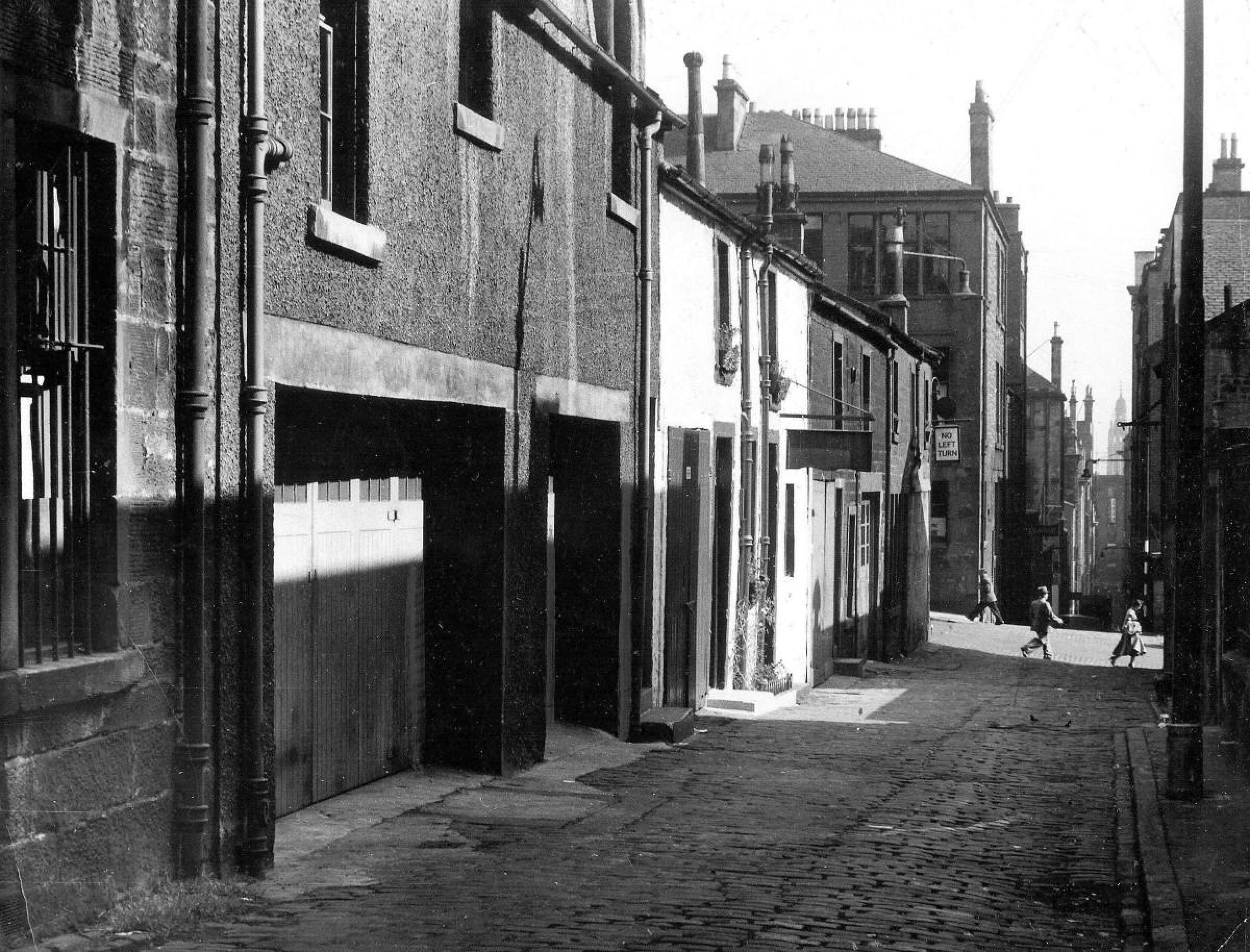 A wonderful, 1953, view down a very quiet West George Lane, with one of the towers of the City Chambers glimpsed in the distance.

Many of these lovely wee blocks were built as carriage houses and servants' quarters for the Georgian townhouses facing onto West George Street. One of them here, the one with with window boxes, still seems to have been occupied in 1953.

Often called 'mews houses', that name is even older, and dates back to the Middle Ages, when royalty and the gentry would build an outhouse to be home to their hunting birds - kestrels and falcons - the 'mews' being the cries the birds made.

Although I wouldn't advise it after dark, I love poking about the city's backlanes, as you can often spot so many clues to Glasgow's past.

Wouldn't it be wonderful if some of the surviving lane properties, rather than being used as storage, or parking, could be brought back to life as homes or small shops?

Looking at the angle here, I suspect the picture must have been taken from up about Blythswood Street. Sadly, despite walking down the lane on Google Streetview, these wee beauties are long gone, although the one-way system - 'No left turn' - is even more rigorously enforced.