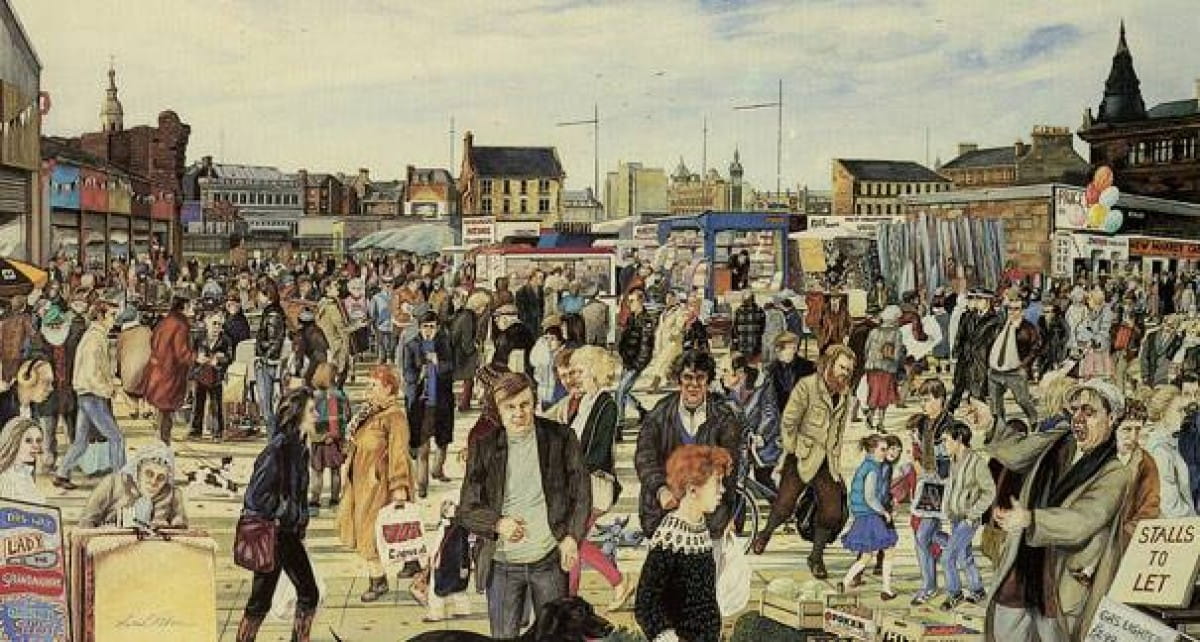 A tramp around Glasgow

May 1434
Avril Patton's 1984 painting 'The Barras' (that's Avril, in the dark outfit, with her bag slung over her shoulder) Picture: Glasgow Museums 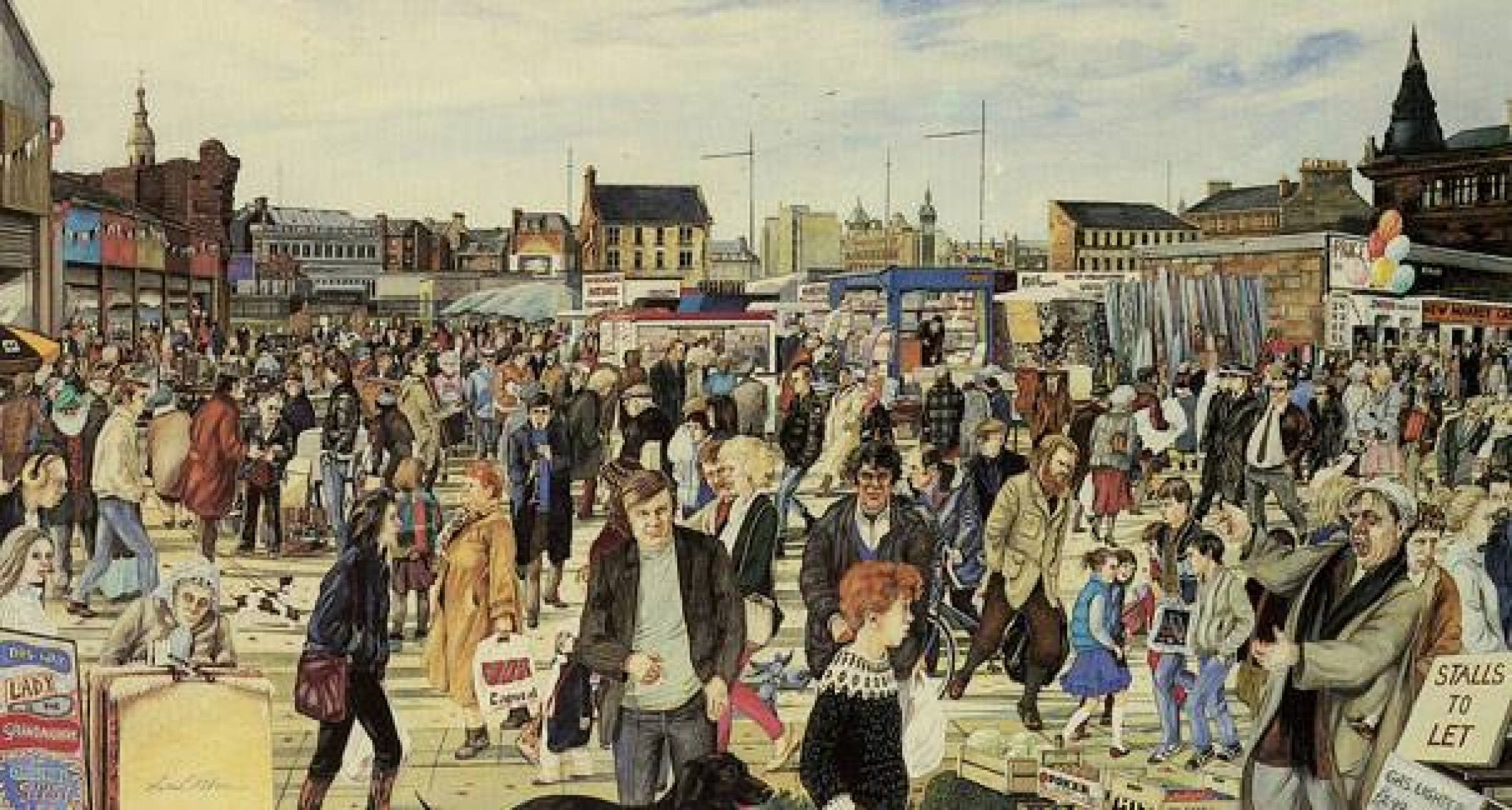 Watching the new series of Inside Central Station, filmed before the lockdown, I was struck by how much I miss my twice daily passage through that great, glazed atrium - Glasgow's livingroom, where, if you stand long enough, you will meet almost everyone you know in the city.

I had to do a quick dash into town last week, to pick up some essential technical kit, and crossing the eerily quiet concourse, I could swear I heard the ghostly voices of past generations of Glaswegians; Victorian commuters, soldiers going off to war, lovers meeting by The Shell, or beneath the clock, and one face in particular came to mind - one which haunted my childhood and early teenage years - that of Frank Tinney.

Now, you might never have known his name, but nearly every Glaswegian of certain age will remember his face, because Frank practically lived in Central and Queen Street stations, hunting through the bins for a bite to eat, or a Barr's bottle to take back to a shop to collect the deposit.

I spied him again a couple of years ago, when visiting the People’s Palace, as I stood in front of city artist Avril Paton’s brilliant 1984 painting of a busy Saturday at ‘The Barras’.

There he was; the bedraggled, red-haired, gentleman of the road (tramp), who, in the 1970s and 80s, seemed to haunt the city. Always wrapped up in a heavy coat, whatever the weather, and often short of a shoe, his matted dreadlocks made him stand out a mile.

A well-spoken bloke, as schoolkids, we would make up stories about what had happened in his life to reduce him to such circumstances. Some said he had once been a top surgeon, or a successful businessman. I think we made up those stories to protect ourselves from the grim reality of Frank's life.

Contrary to appearances he was not an alcoholic but he was a schizophrenic, and died, from pneumonia, aged 45, back in 1994.

He did have a family, who had done their best for him, and they were there at the funeral, along with friends from the Talbot Centre, where Frank would find shelter of a night.

While safe at home during the lockdown, I think of all those lost souls - all somebody's brother, sister, son, daughter - who have nowhere to call home.

The thing is, in Avril's painting; in a 1990 book called 'A Tramp Around the City of Culture', by Anthony Stewart and Archie Birt; and in a second portrait painting, by John Kilmartin, Frank will forever be marching through, both Glasgow, and my memory...

It may interest to know people who knew Frank Tinney the well known 'gentleman of the road' , that in my painting The Barras where he features I was and still am surprised how well he is recognised because I did not paint him as a tramp in his usual outfit . It happened that from time to time he was rescued - I seem to remember- by The Simon Community . He was giver a hair trim and a bath and fresh clothes and turned out a regular gentleman . After a time he would be seen again in his old haunts in his old coat and shoes . The day I saw him at The Barras he was in county clothes , plus fours and all . I could have painted him in his rags which I knew well from memory but though that would have been a dramatic addition to the painting I managed to resist and painted him as he was on that day . It surprised and pleased me that even so people still recognised him and remembered him . And still do . I hope this is of some interest Avril Paton .