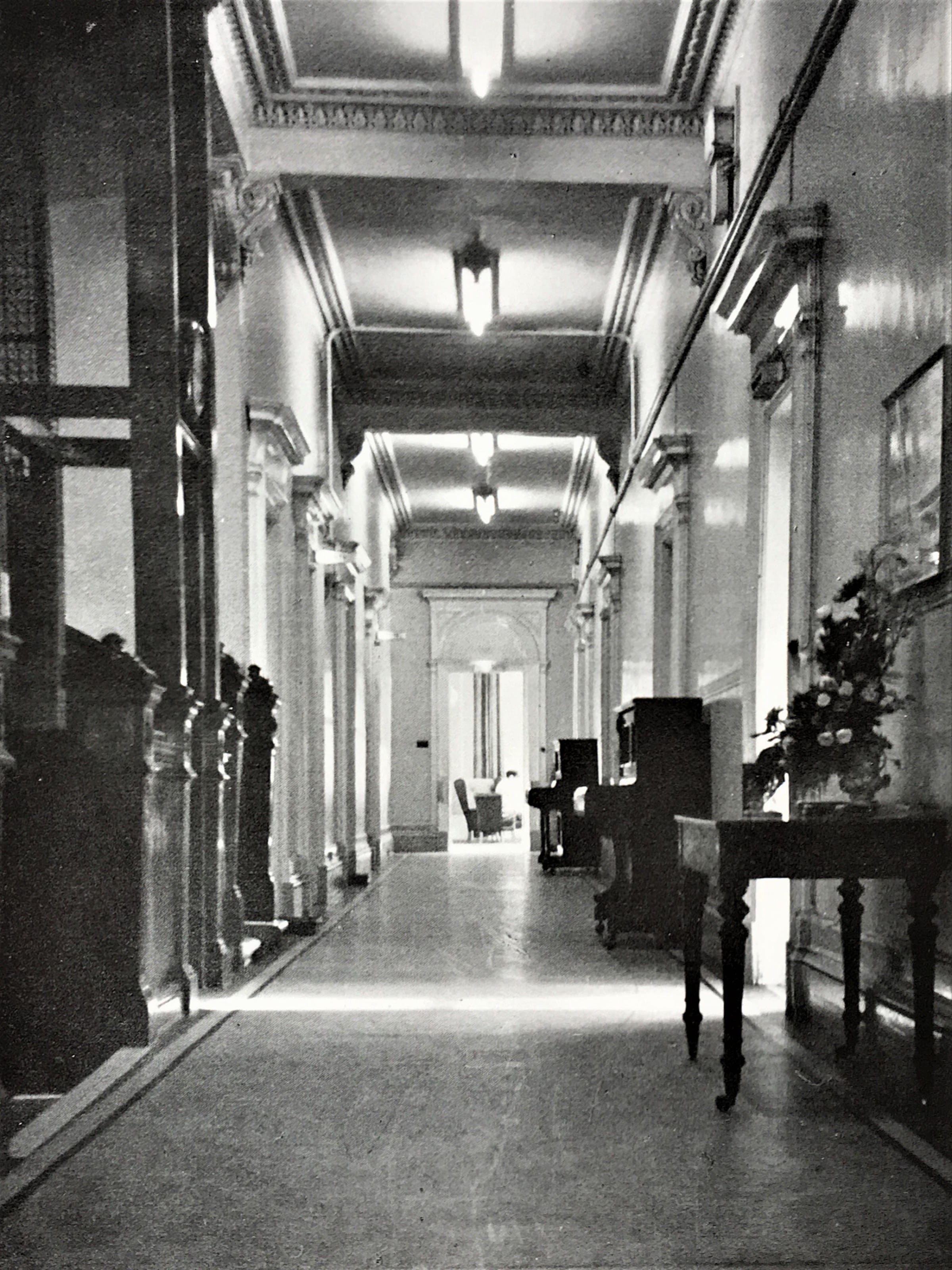 Being just that bit too young to recall Glasgow's long gone Grand Hotel, at Charing Cross, I never thought I'd be able to step through its great revolving doors to walk those long-vanished corridors. I was wrong.

Thanks to this brilliant image, taken shortly after noon, on Monday October 21st, 1968 - just five days before the hotel closed its doors for the final time, we can all, once again, step back in time. The picture comes from Henry Brougham Morton's brilliant book, 'A Hillhead Album' (1973).

Just imagine those two upright pianos being wheeled from room to room, for dances, afternoon/evening concerts, or great, drink-fuelled singalongs and parties.

Oddly enough, the hotel was built on the site of the townhouse where renowned 19th century concert pianist and composer Eugène d'Albert had been born, in 1864.

On Tuesday, December 22, 1891, Colonel William Cody - Buffalo Bill - attended a luncheon given in his honour by the city's 1390 Club, at the hotel. After the meal, the company descended into the great hall, where the Cowboy Band played selected airs. Native Americans performed tribal dances and sang the hymn Nearer My God to Thee in Lakota.

The hotel was demolished in 1969, as the M8 cut its concrete scar through the heart of our city.

Oddly enough, a couple of years back, after giving a talk at the Arlington Baths Club, I was approached by a retired architect, who had a tale to tell.

As a student at the GSA, when all the hotel's fixtures and fittings were auctioned off, he bought one of its great revolving doors, and, for a few years, kept it in storage.

In the early 1970s, when he was involved in transforming the former Fruit Market office, in Albion Street, into Cafe Gandolfi, he hauled the old doors out, and had them fitted in the cafe.

Next time you push through those beautiful revolving doors, have a close look at who's coming the other way - it might just be the ghost of Buffalo Bill...

More about buffalo billMore about charing crossMore about grand hotel