All change at C&A 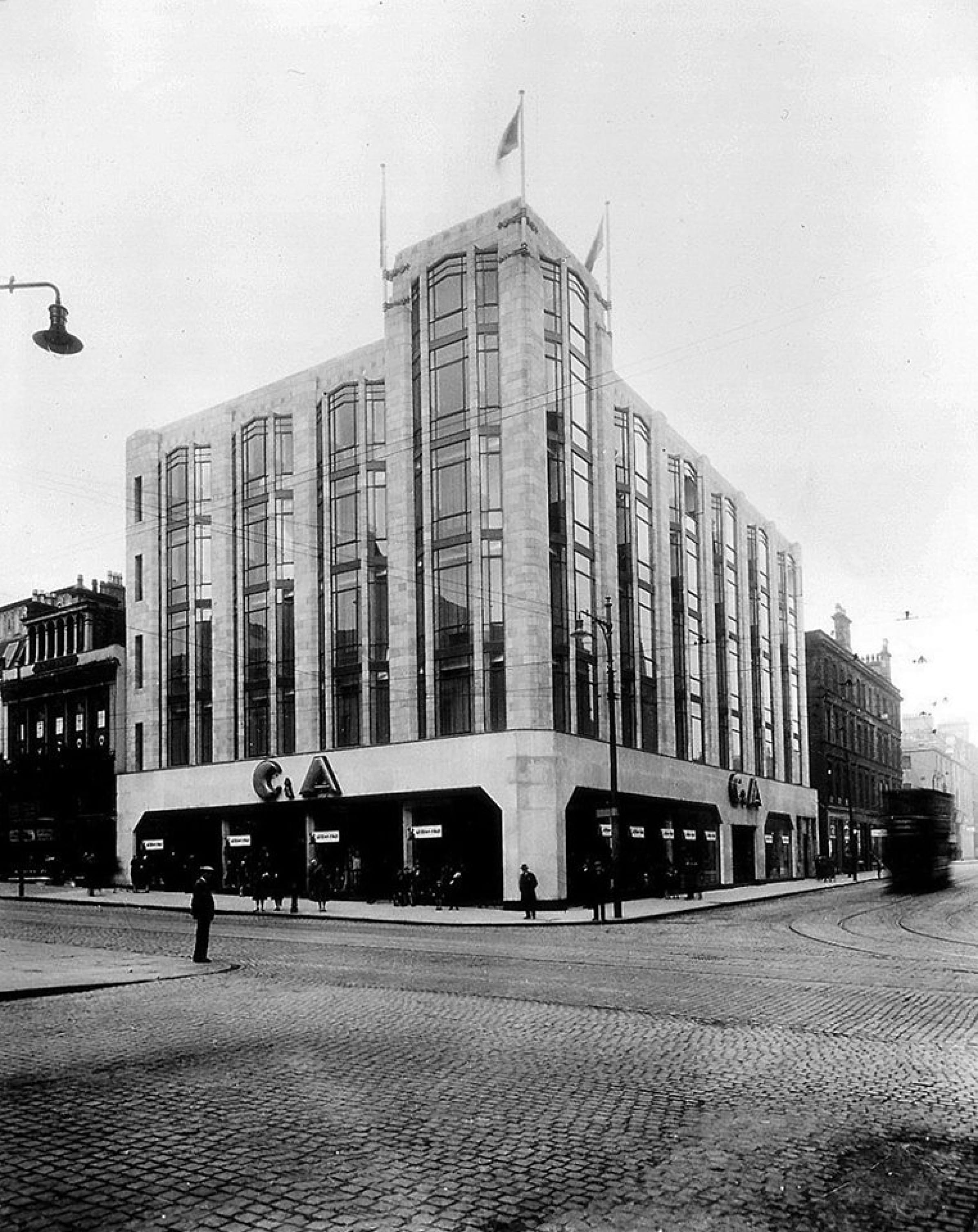 The former Dunnes store on Sauchiehall Street in Glasgow could be turned into a £12m budget boutique hotel under plans submitted by Mosaic Architecture & Design.

The seven-storey Art Deco building, which was built in 1929 and once housed C&A, has been pencilled in as a 112-bedroom Qtel hotel and café-restaurant.

The corner site has history in the hospitality trade, once being home to the old Balmoral Hotel. Just along the road you could also have stayed at the Osborne Hotel, named after Bert and Vicky's holiday gaff on the Isle of Wight.

Although most folk seem to the think the long-lamented C&A was a British chain, it was actually a Dutch interloper, established by brothers Clemens and August Brenninkmeijer. While the name has disappeared from UK high streets, the C&A sign can still be seen in most cities across Europe.

Can't say I'm hugely taken with the proposed rooftop extension, but if it helps breathe new life into Glasgow's once most famous shopping street, then let's go for it.

Here's the store back in the early 1930s, when it was still shining like a new pin.

More about art decoMore about cambridge streetMore about sauchiehall street