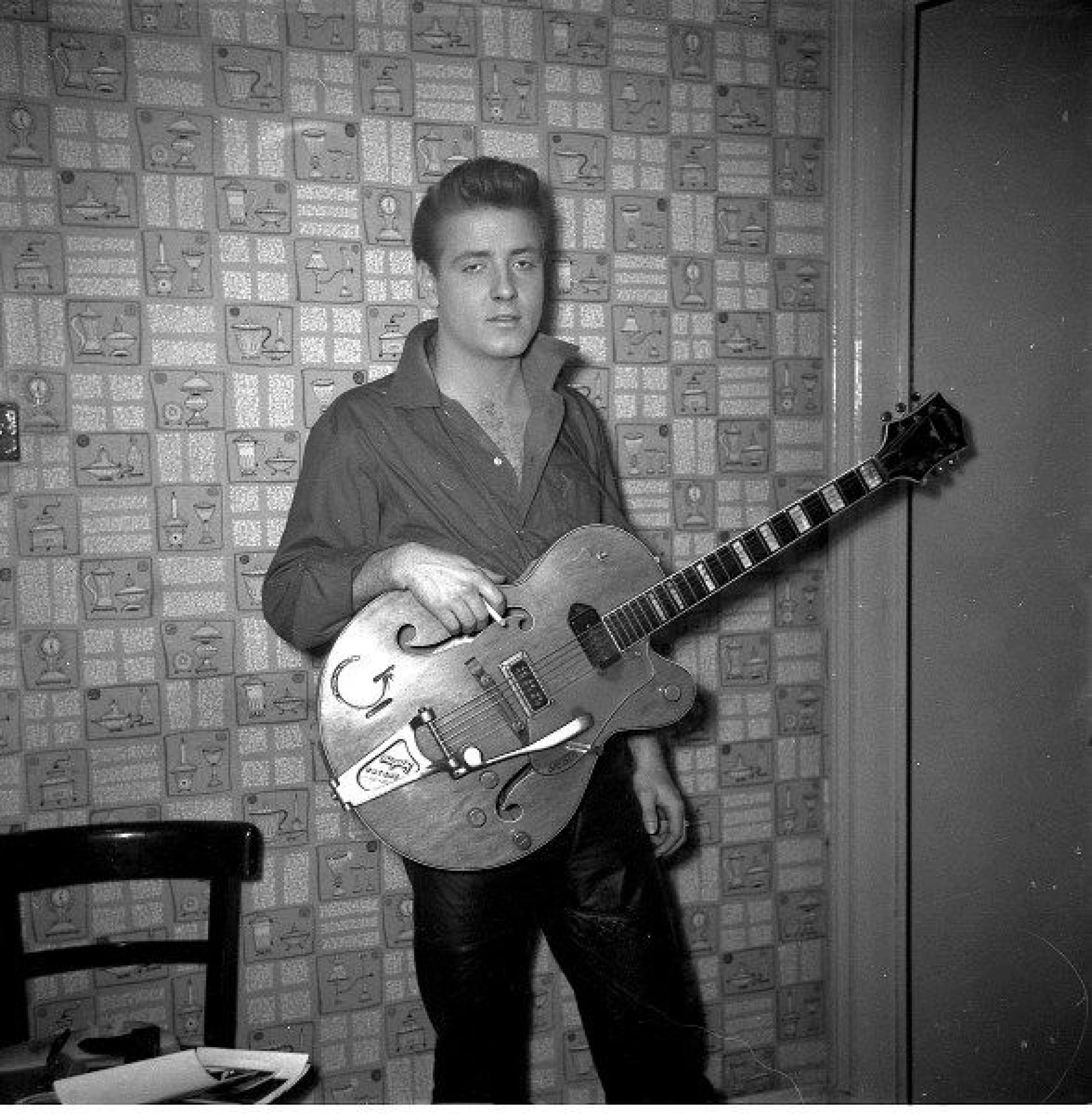 As today would have been his 80th birthday, it's only right that we mark Rock 'n' Roll pioneer Eddie Cochran's one and only visit to Glasgow, in February 1960. He would die just two months later, in a taxi crash, in Chippenham, Wiltshire, on his way to London Airport. He was just 21.

Here's Eddie, backstage at the Glasgow Empire with his trademark Gretsch guitar, where he played a one-week residency with fellow rocker Gene Vincent.

That guitar carries some story.

After Eddie's final London gig, it was carried to his waiting taxi by a young Marc Feld, later to change his name to Marc Bolan, of T-Rex fame.

Following the crash that killed Eddie, and before the inquest into his death, the guitar was stored at the local police station.

There, a young police cadet, called David Harman, taught himself how to play on it.

He later changed his name to Dave Dee and, along with his pals Dozy, Beaky, Mick and Titch found his own pop fame.

We are indebted to Glasgow snapper and Rock 'n' Roll fan Rob McLeod for this unique backstage image.