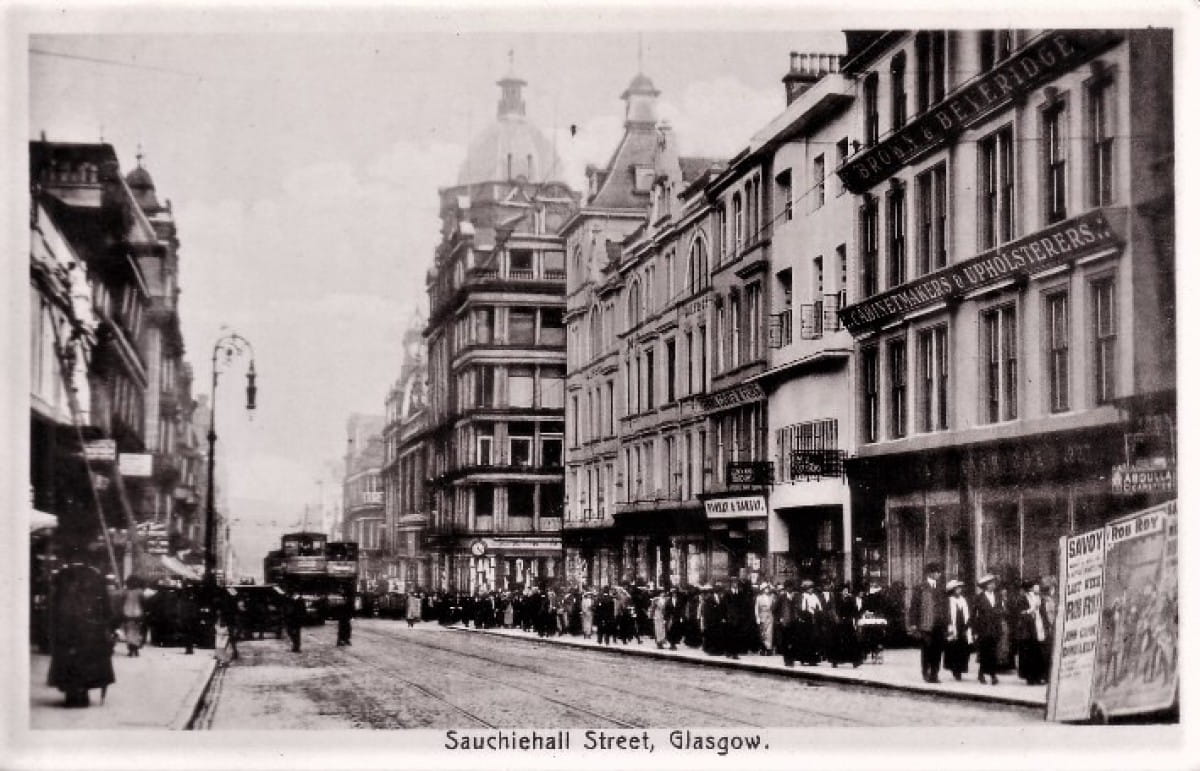 An army marches on its stomach 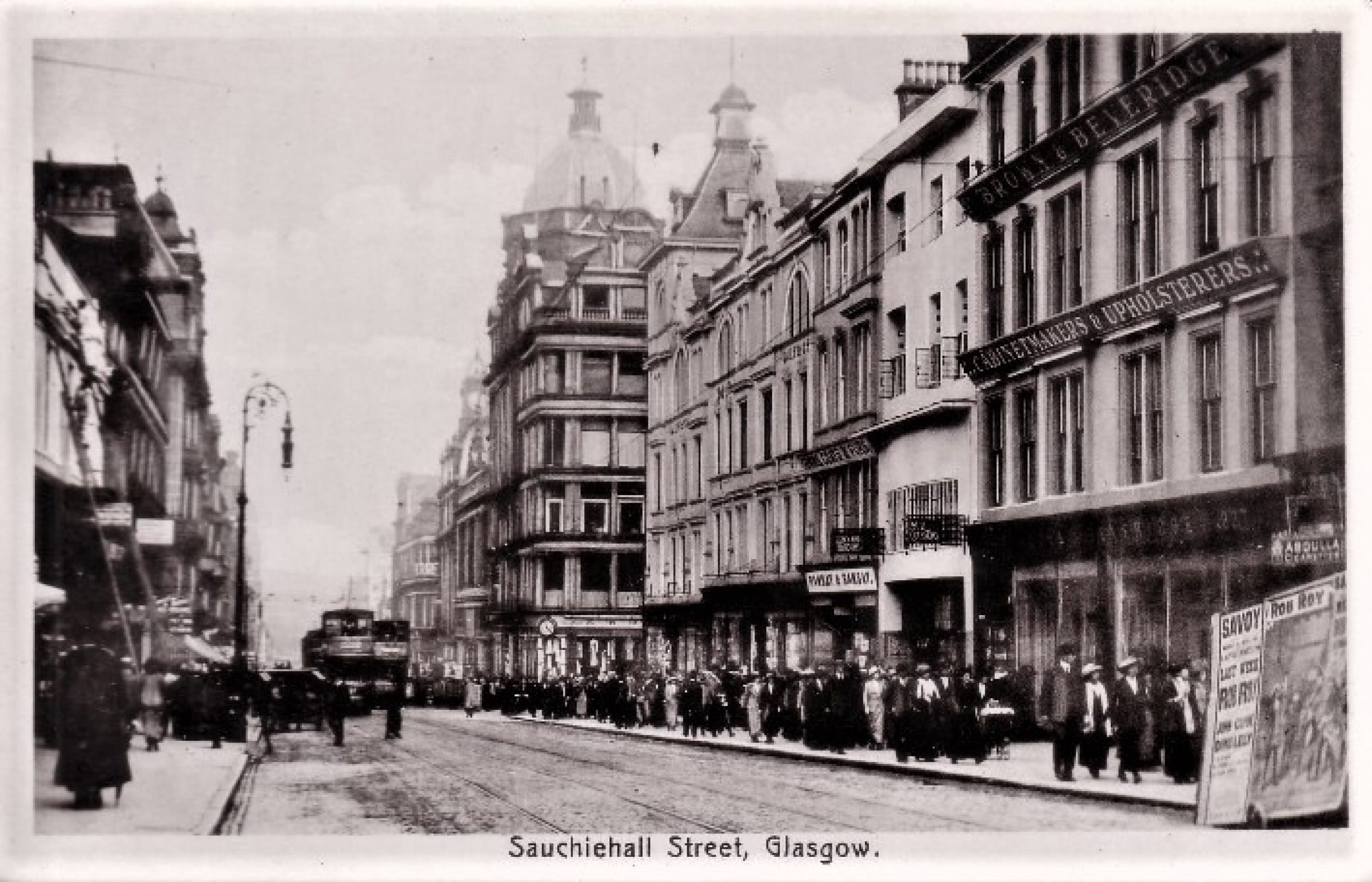 Don't worry, this isn't the queue for my talk tomorrow night at Mackintosh at The Willow, it's the vanguard of Mary Barbour's Army, taking to the pavement to protest the rent rises imposed by greedy city landlords during the First World War. #AfternoonTeaWeek

It's 1915, and the Glasgow Rent Strike was in full swing, with the women of the city putting on their Sunday best to lead the charge. Heading along Sauchiehall Street, they had no time, or spare cash, to stop in at Miss Cranston's for a restorative scone or a cuppa.

Mary Barbour, the Kilbarchan-born but Govan-dwelling leader of the Rent Strike, was a formidable force, and would later become one of Glasgow's first female city councillors.

Interestingly, the Willow isn't the only piece of Mackintosh design to be seen in this postcard image. Look to the big dome, on the left, atop the Pettigrew & Stephens department store, it was also the work of Toshie.

Demolished to make way for the Sauchiehall Street Centre, the 'lantern' finial atop the dome was rescued, and can be seen today in the courtyard of the Hunterian Art Gallery, at Glasgow University.

The posters on the right of the picture are advertising a production of Rob Roy, at the Savoy Theatre, in Hope Street, which later became the Majestic (Magic Stick) dancehall.

If you fancy hearing more such tales of tea, trouble and strife, come along to the Willow tomorrow night.