Angels on our shoulders... 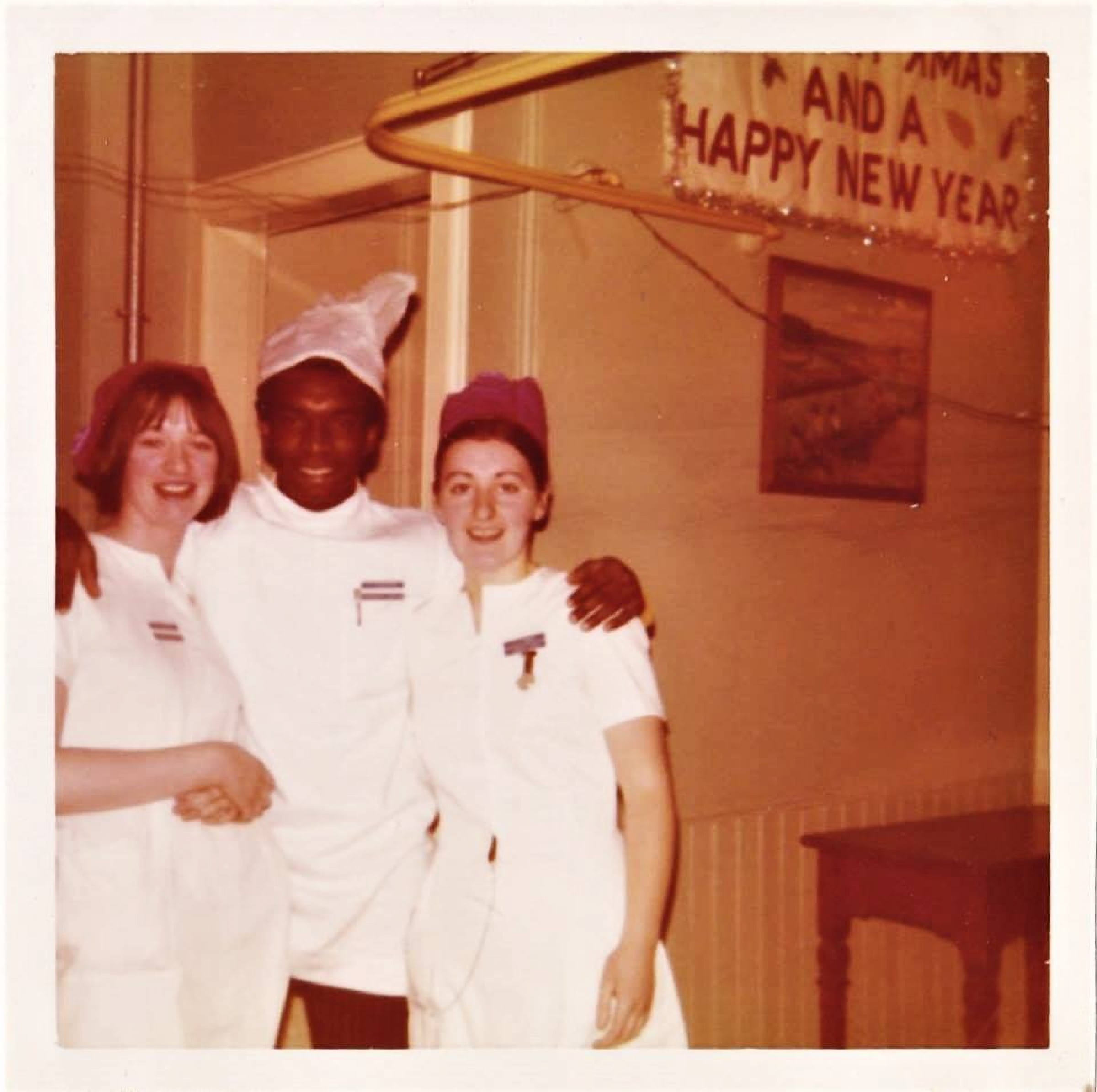 Aged six and a half, running for my line at the end of school playtime, I tripped and fell, and broke my right femur (it's still a wee bit short - not that you'd notice, but the heels of my shoes show the difference).

Rushed in an ambulance to the 'Suffering General', I spent seven weeks in traction, with my right leg suspended, with a weight on the end.

The nurse who made that little boy's life worthwhile was called Philip, a joyous, funny West Indian, who filled my long days with fun, laughter, and music. He would sit on my bed, read to me, and let me look at his big black hands, which were so different on the front from the back.

I'd never met a black person, and, by God, he was like a big brother to me.

Within a few years, when I first heard folk being racist, I thought of Philip, and his kind hands, and I stood up and fought for him.

He gifted me a Stylophone, and showed me how to play it, and, in the long nights, when I was scared, and my mum wasn't there, he hugged me, quitened me, and told me that I would be OK.

That kind of care is priceless.

A couple of years ago, when I marked the 70th birthday of the NHS, LG follower Janet Hill, who trained at the Southern with Philip, read my story and dug out this picture of him. That's Janet on the right, and her friend Laura on the left, and my big black mate in the middle.

It says something for the indelible mark Philip's care and kindness left on me that, even after nearly 50 years, I recognised him immediately.

Philip, if he's still on the go, will now be in his seventies; I hope he made it back to his sunshine island, and I hope he knows how many lives he touched, and I hope he still remembers that scared wee Glasgow boy.

To all the Philips, all the Janets, and all the Lauras, thank you.