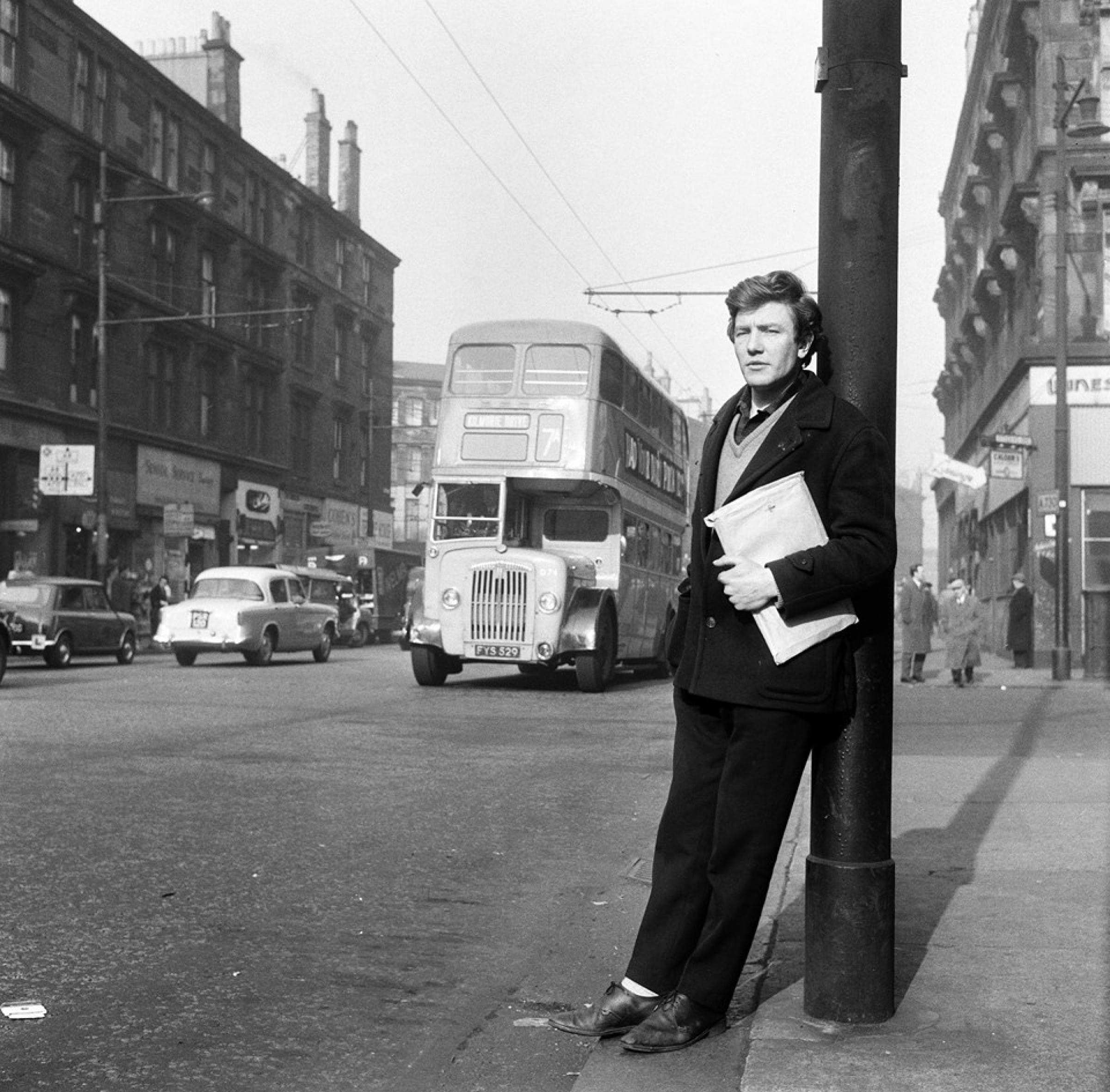 Very sorry to hear of the death, today, aged 82, of actor Albert Finney.

Here he is, hinging aboot in the old Gorbals!

He might have at least polished his shoes before getting his 'photie' taken (or perhaps that was part of his 'angry young man' pose).

It's March 1963, and Finney was enjoying a nine-week run at the Citizens' Theatre, starring in a much-praised production of Pirandello's Henry IV. We suspect he has his script stuffed into that padded envelope.

The actor's time in the city coincided with another major theatre event - the final curtain for the old Glasgow Empire.

At the finale, after a rousing rendition of 'Auld Lang Syne', Finney and Duncan Macrae came onstage with pick axes, to strike the first theatrical blow of the theatre's eventual demolition.

One of the true greats of British cinema, I think I first saw Finney on TV, in the classic 1960 kitchen sink drama, Saturday Night and Sunday Morning.

I've certainly never forgotten this quote from the film, it's as true now as it was then: “Don’t let the bastards grind you down, that’s one thing I’ve learned...”