Annie, Get Your Christmas Card 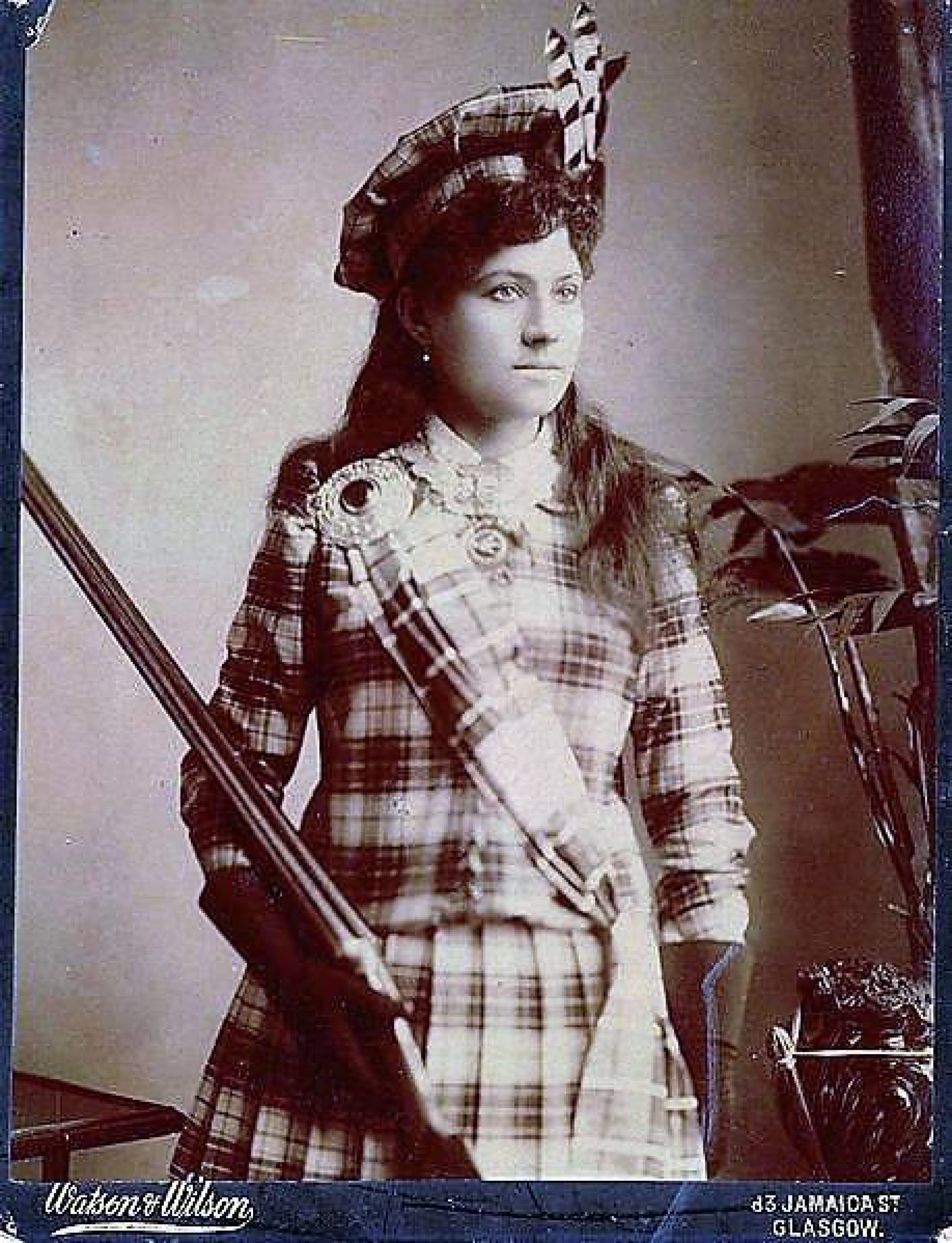 A Christmas card with a difference.

What's she got to do with Glasgow, you ask, well, quite a lot actually.

On her first visit, in 1891, she had a special tartan outfit made, and, as the show was in town over Christmas, she had herself photographed wearing it, at the Watson & Wilson Studios, in Jamaica Street.

So chuffed was she with the picture, that she had it turned into her own Christmas card, sending copies to her thousands of fans around the world - so creating what is acknowledged to be the world's first photographic Christmas card.