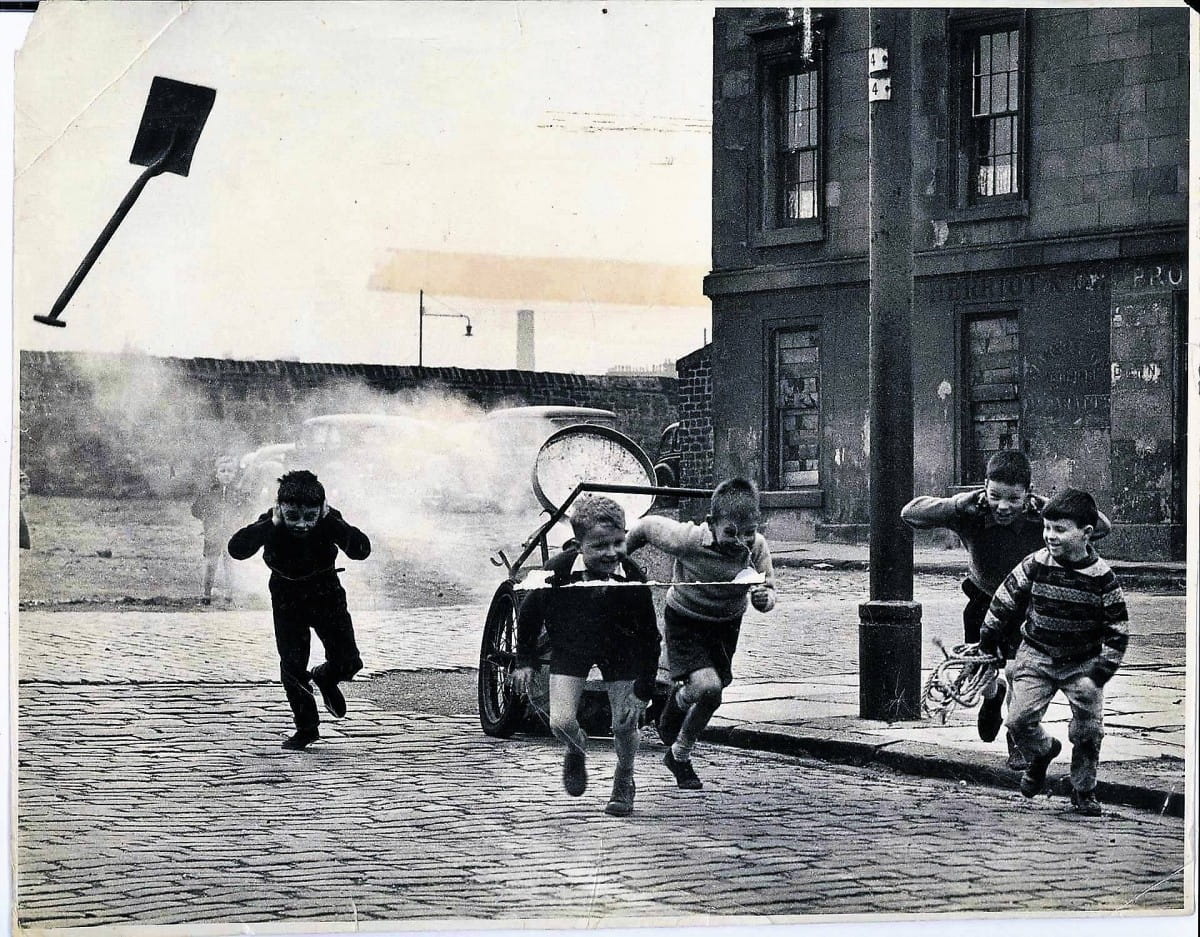 Nov 533
Banger Boys, by Stewart Fair, for the Evening Citizen 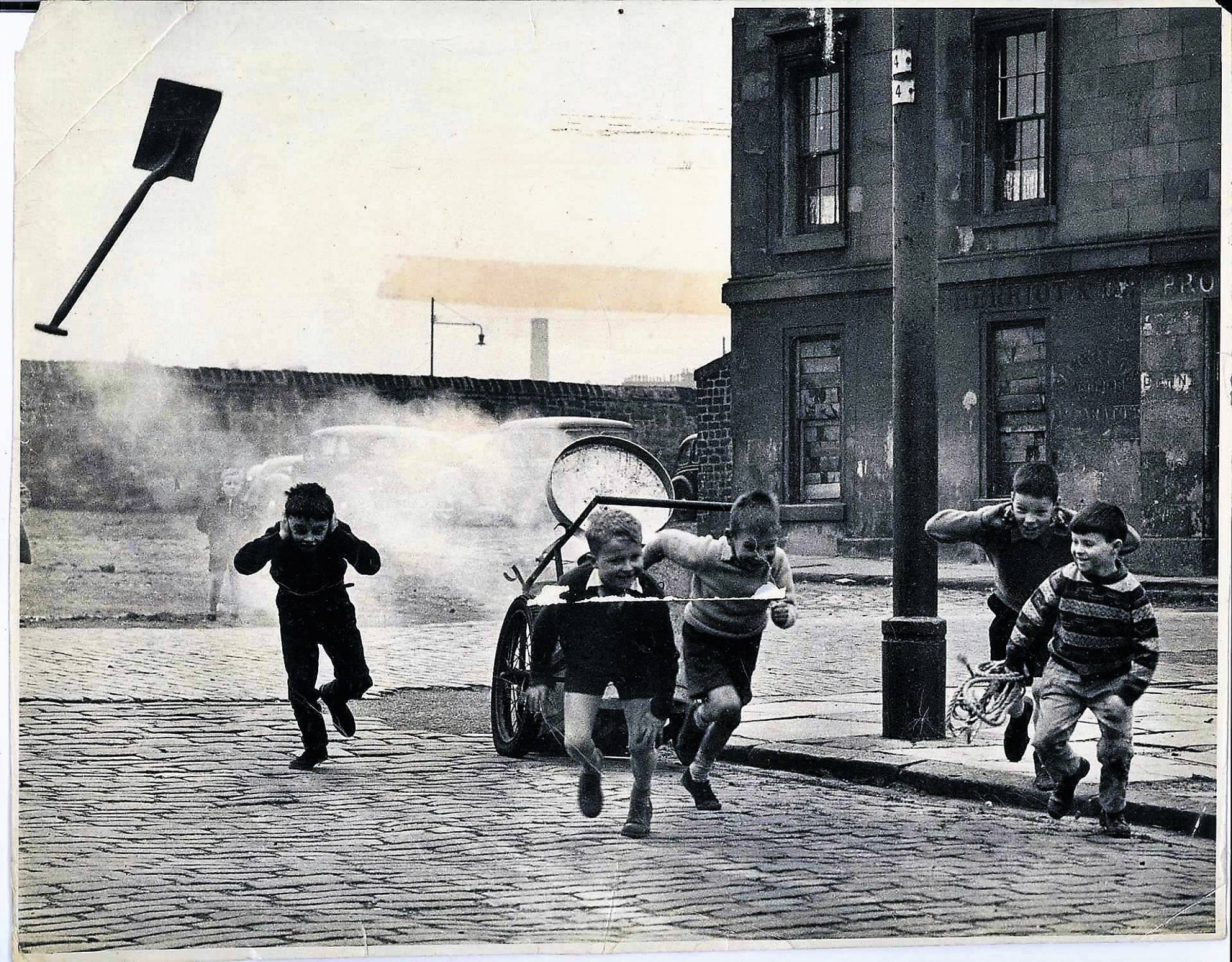 While I know that, technically, it's Guy Fawkes night, up here, the annual fire festival taps into something much older and much deeper, the almost forgotten Celtic rituals to mark the passing of autumn and the onset of winter.

And, still being a wee boy at heart, I love the thrill of fireworks.

Stewart Fair, our late former Evening Citizen photographer friend, was just the same. He caught these wee tykes, in Govanhill, mid-explosion, after they'd tossed a banger into this street-sweeper's cart. And what a banger it must have been, it's blown the old boy's shovel clean in the air!

Now, knowing wee boys, and Press photographers, and just between you and me, I wouldn't be at all surprised if Stewart hadn't bunged these lads a couple of bob to buy the bangers that caused this conflagration, then bribed the street sweeper with a pint, to leave his cart unattended for five minutes.

Now, take care, keep your pets indoors, and have fun.