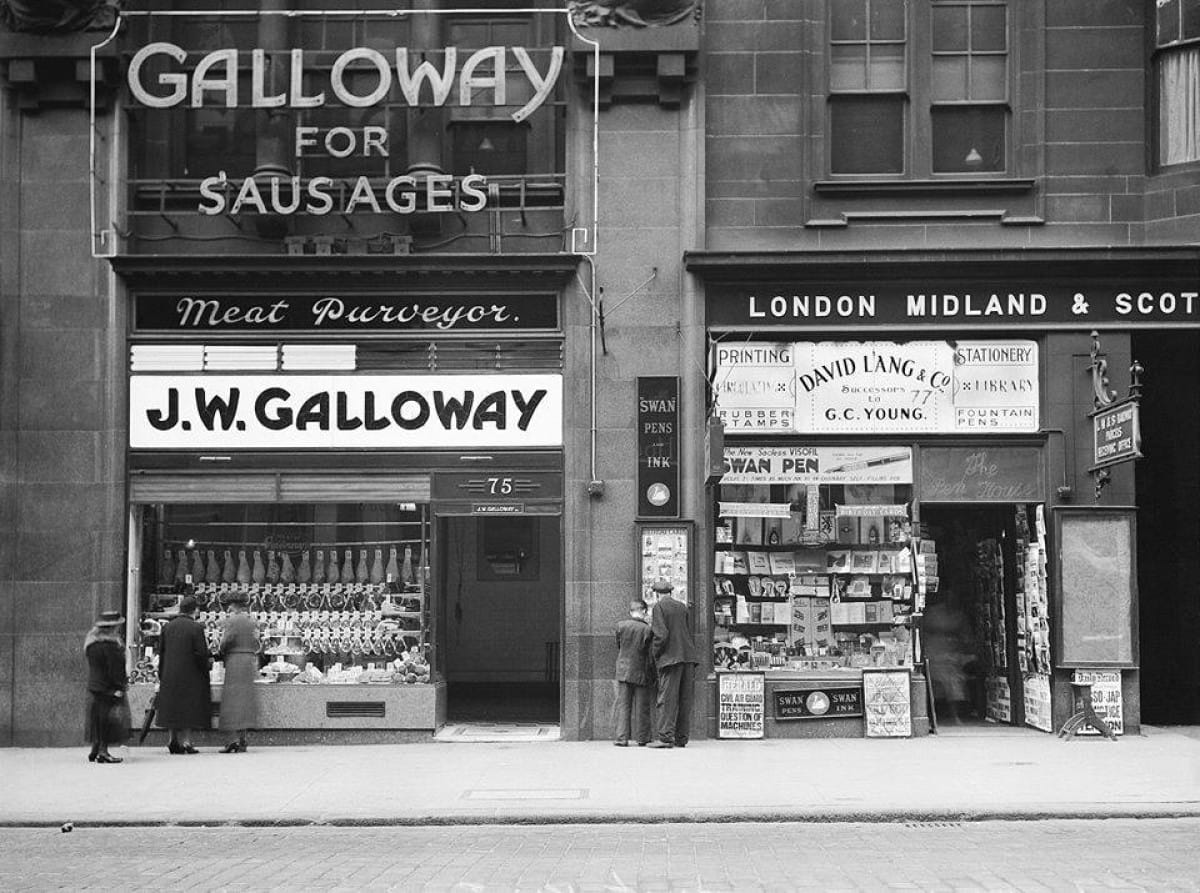 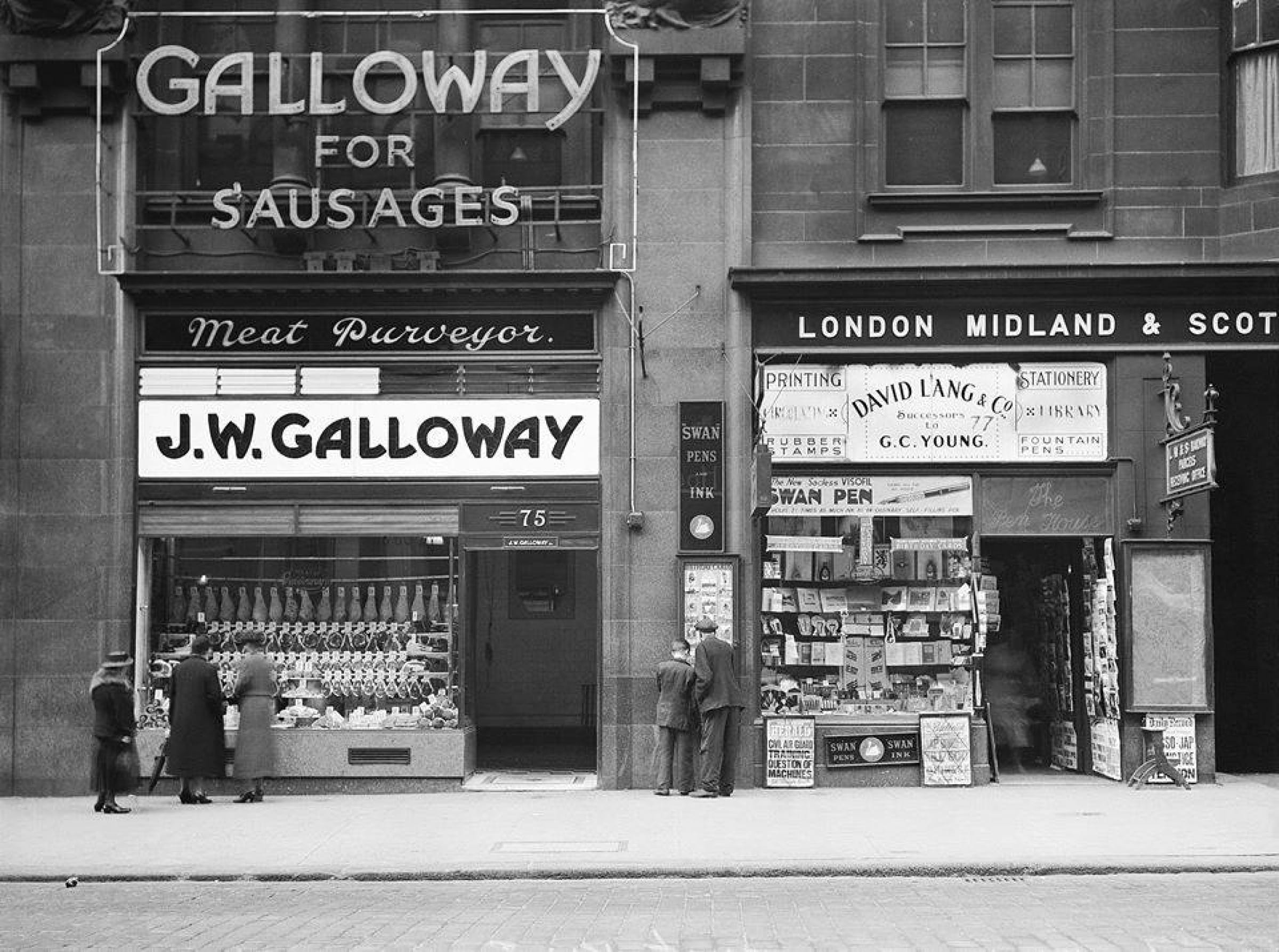 Sausages is the boys!

With today marking the start of #UKSausageWeek - I know, what a time to be alive! - follow this link back in time for some bangers.

These shop fronts, at 75-115 Union Street, including Galloway the butchers, in 1938, were photographed by the City Assessor's Department, which was responsible for establishing the valuation of all Glasgow's shops and commercial buildings.

The Galloway's chain - with its famous 'Meat at Galloways' slogan - was so famous that its mince even merits a mention in 'The Steamie'.

J W Galloway was founded in the 1920s by James W Galloway. Initially specialising in retail butchery, the company grew to have 54 branches throughout the West of Scotland. James introduced centralised manufacturing in the 1930s to offer consistent quality of manufactured products.

James's grandson, Ian, who joined the company as a 16-year-old straight from school in 1956, took the business even further, launching the ScotBeef brand, now the country’s largest red meat processing firm, boasting a £300m-plus turnover and supplying supermarket giants such as Marks & Spencer, Sainsbury’s and even Harrods.

Today, ScotBeef is still owned by the Galloway family.