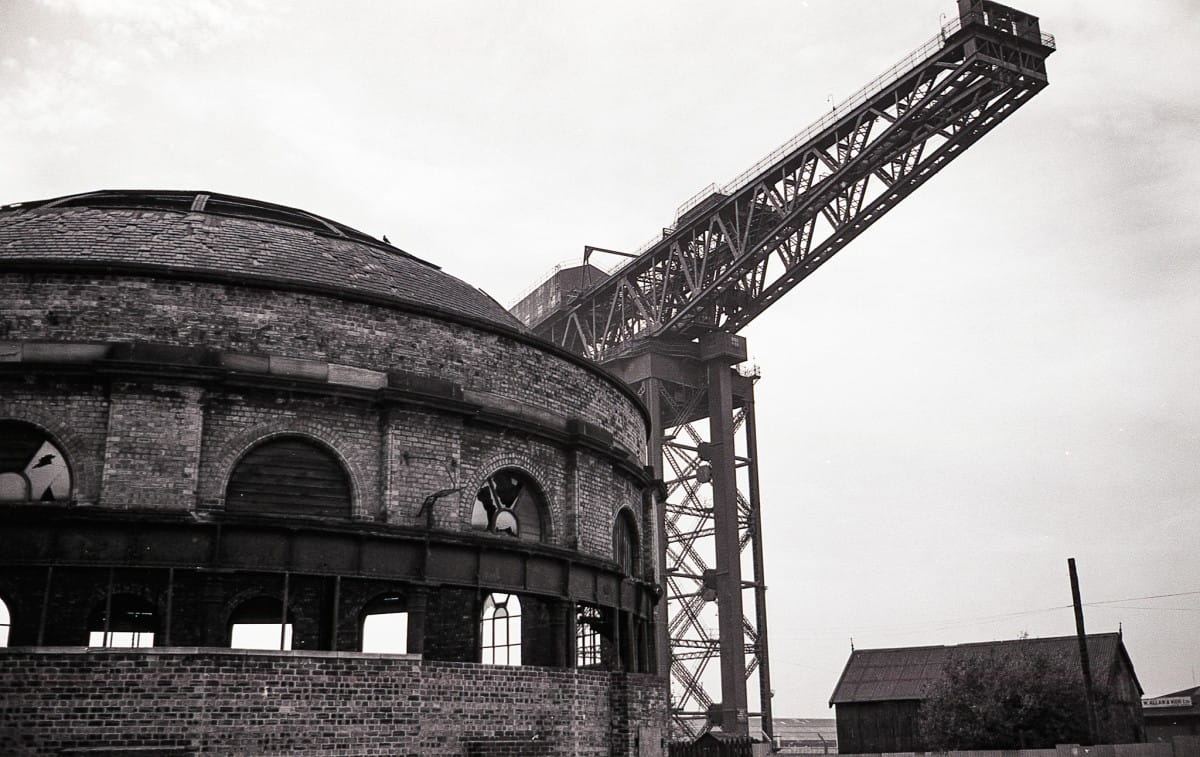 Oct 2931
The North Rotunda and the Finnieston Crane 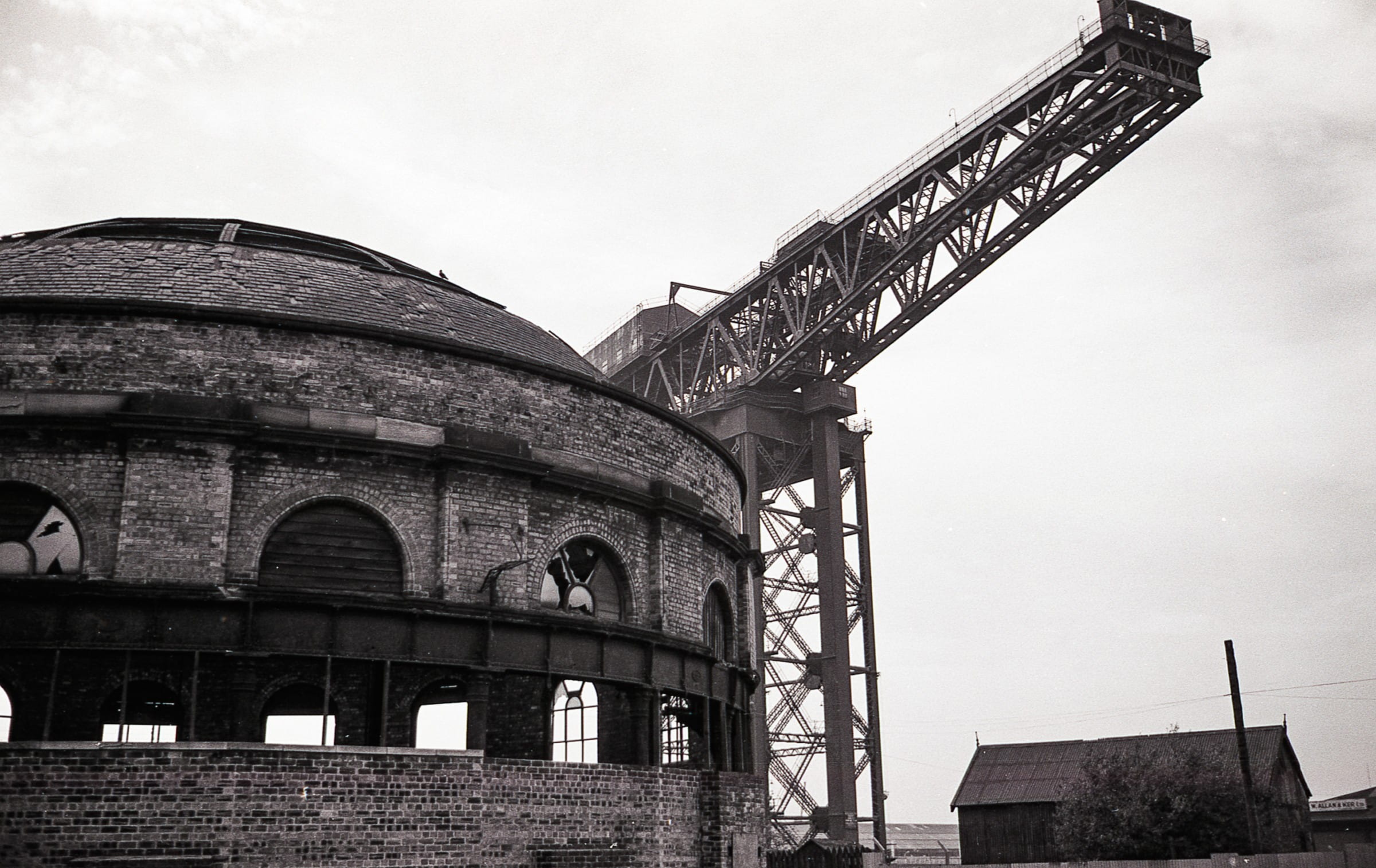 Another memorable set from our photographer friend Jos Treen.

We're back in 1978, and the Clyde seems to be in its death throws, with the only shipping to be seen unloading at the old iron ore handling plant at General Terminus Quay.

The north rotunda of the old Clyde Harbour Tunnel - today a thriving dining spot - lies partially roofless, the haunt of pigeons, not punters.

The giant Finnieston Crane - properly called the Clyde Navigation Trust Crane No. 7 - stands sentinel over the limpid, oily, and polluted river; it's lifting gear and links besmirched with guano and rust, with weeds growing from between the once well-worn setts.

I well remember the riverside from this time - a near deserted wasteland of bent, broken and twisted machinery; the Queen's Dock being filled in by the rubble from the demolition of the St Enoch Station and Hotel; and nothing to stop small boys from stumbling over the quayside into the dark and murky depths.

Walking through the old Clyde Tunnel was a dark and dank thrill - with every eye peeled for rats, while a trip back across the river, on the old Finnieston Ferry, felt like being all at sea.

The real thrill, for wee buggers like me at least, was prowling around the iron ore terminal, where the ground was thick with rusty, orange dust - the kind of stoor that gets up your nose, in your eyes and ears, makes a proper mess of your sannies, and lets your mum know exactly where you've been off playing.

The wallop you got when you got home was worth it. Why? Because the ground was littered with big, marble-sized pellets of iron ore which, if used in a catapult, could have felled a horse!

Although we were at pains never to launch this lethal ammo at each other, we certainly broke a few windows, and roof slates with our catapults. I seem to recall one pal punched a neat round whole the door of a parked Vauxhall Viva, which sent us all scarpering home.

Eventually, in 1981, the massive friendly giants of the iron ore terminal came tumbling down. Today, the site is home to Springfield Quay and riverside apartments.