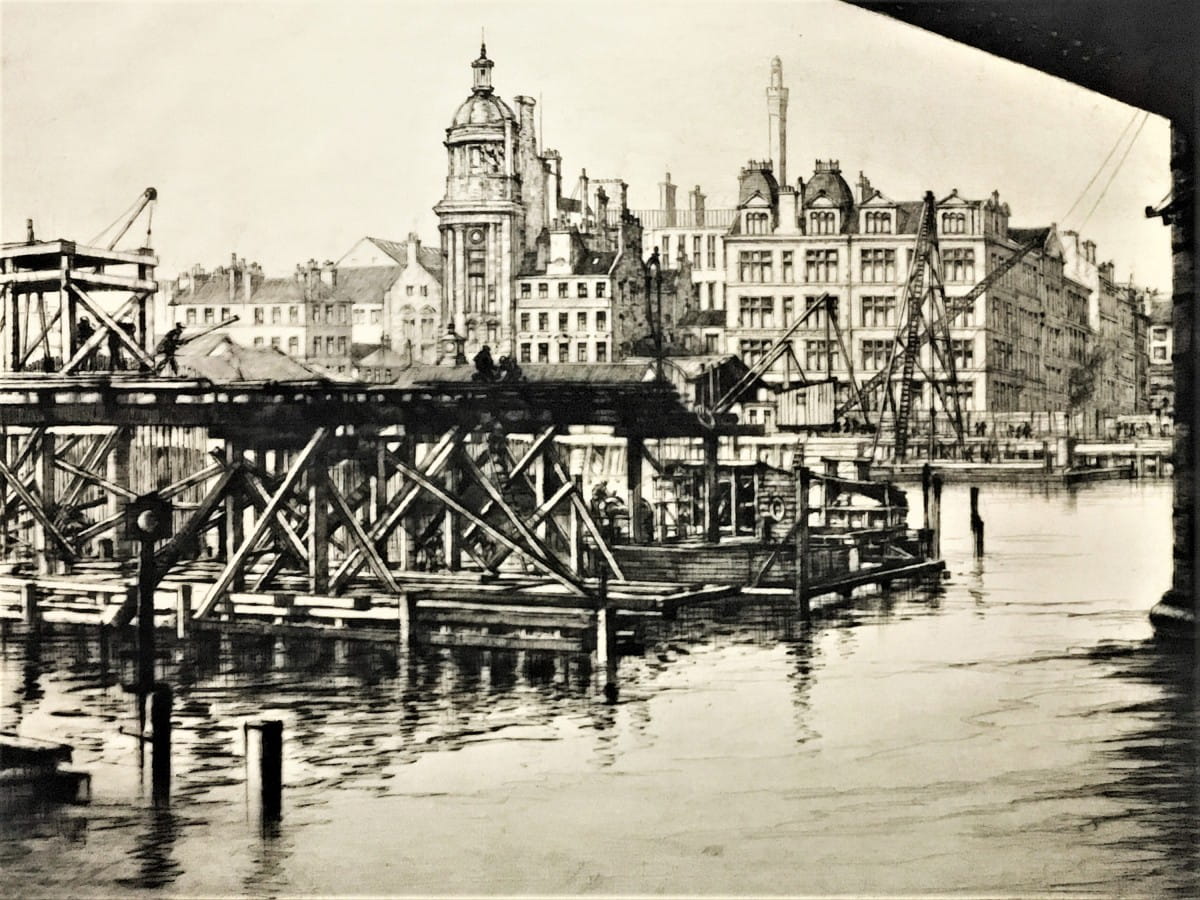 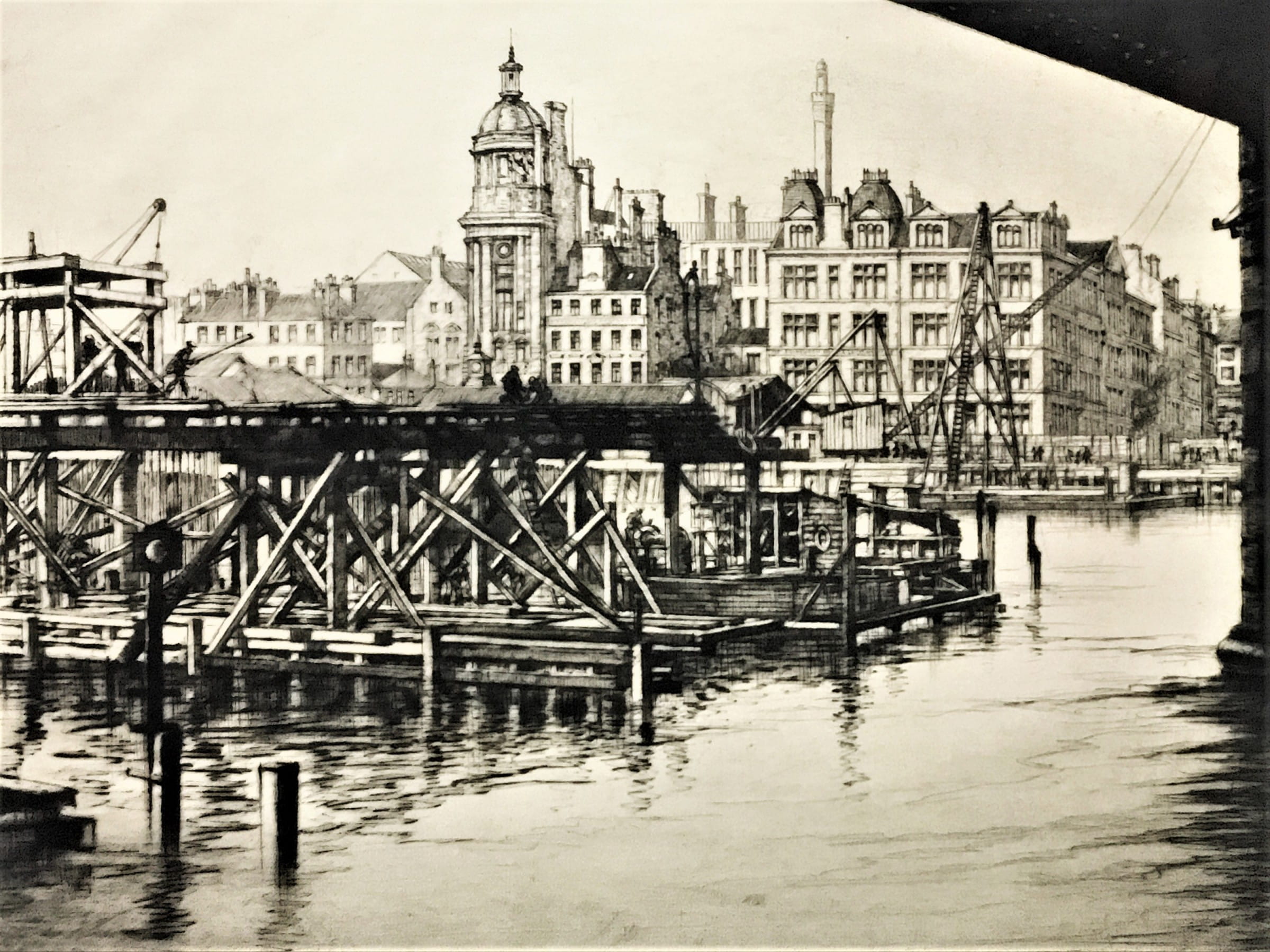 Left an absentee bid on this beauty today - 'Bridging the Broomielaw', by Glasgow painter and etcher William Douglas Macleod. Still don't know if I won it.

Anyway, with all the kerfuffle and road closures going on around Clyde Place, with the building of the new Barclays HQ, it seems only right that we have a gander at George V Bridge.

Built to the order of Glasgow Corporation between 1924 and 1927, by city firm Melville, Dundas & Whitson Ltd, this, the largest flat-arched reinforced concrete bridge, spanning the Clyde, was opened on 12 July 1927.

The bridge took three years to build and cost £130,000. It consists of three spars and is 424ft long by 80ft wide. The roadway is 50ft wide. The superstructure is continuous reinforced concrete resting on rollers and the whole bridge is founded on 14 caissons. It was designed to take a load of 120 tons and incorporated in it are 1000 tons of reinforcing steel, 20,000 tons of concrete and 2,000 tons of finished facing granite.

The memorial stone, still at the bridge today, has tarnished with the passing of the years, but reads: ‘laid by His Majesty King George V. 12th July 1927.’

King George and Queen Mary spent just five hours in Glasgow that day before buggering off, opening the new Kelvin Hall of Industries - the old one having burnt down - and inaugurating what had until then been referred to as the Oswald Street bridge.

Not sure if Queen Mary read the invite, as she appears to have turned up dressed as Widow Twanky - oh yes she has!

What many folk don't know, or don't remember, is that there used to be a pedestrian tunnel - long blocked up - under the southern end of the bridge. I walked through it once, as a wee boy, when the the smell of wee would have made your eyes water!