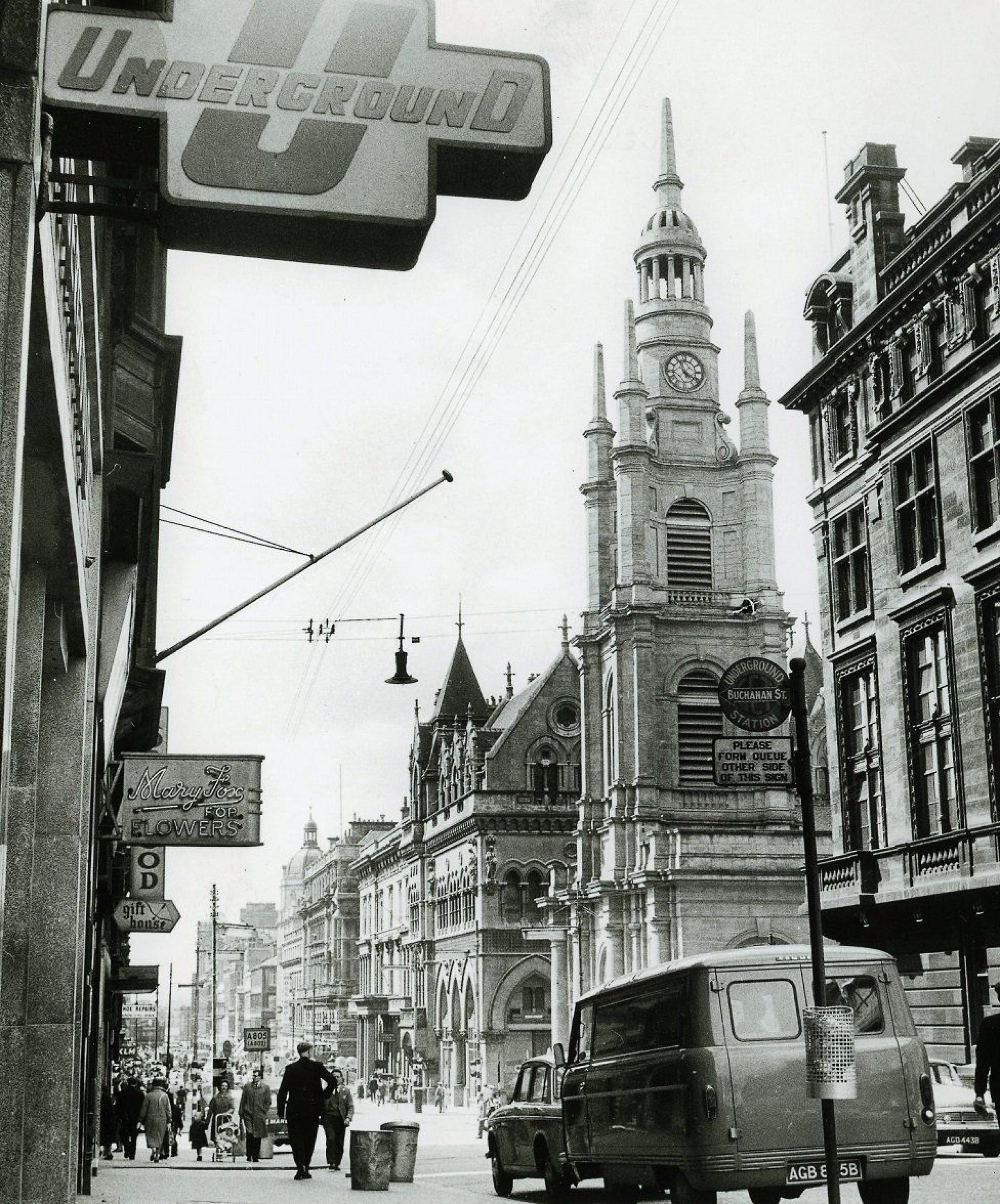 After yesterday's mention of the Forbidden Planet comic shop, LG follower Bill Granger said he could remember a florist working from the premises back in the 1960s.

Look even closer, and you'll spy the signage for one of the city's Robin Hood Gift Houses, scene of at least a million ear-piercings - both lugs, and screams!

Younger followers might be surprised to see the signage for the old entrance to Buchanan Street Underground - it was quite a climb up and down those stairs, or so I'm told.

Even more surprising for some will be the sight of two-way traffic on this stretch of the street. Pedestrianisation didn't begin until 1978.

More about 1964More about buchanan streetMore about glasgow underground