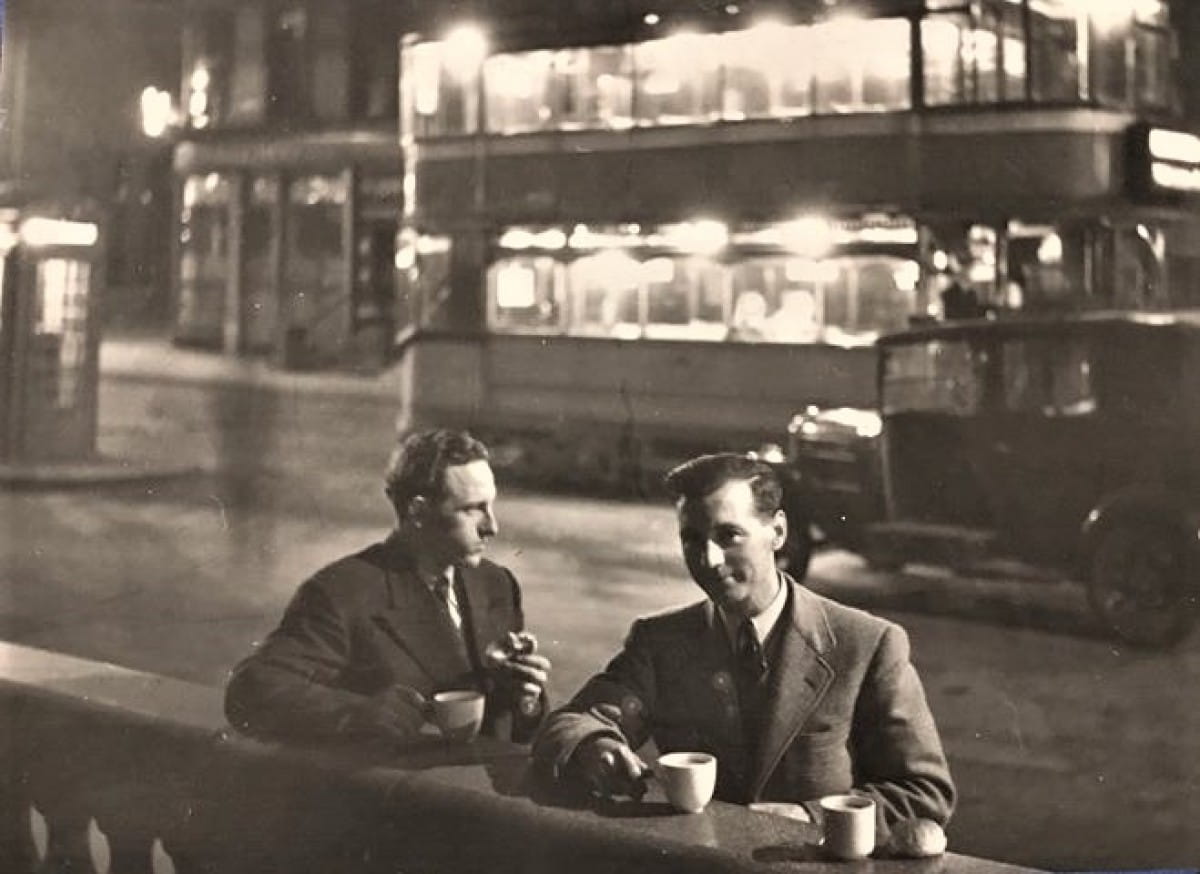 Bunfight in the town

Jan 98
Willie Robertson, left, and a pal grab a late night coffee in Glasgow - the third man is missing! 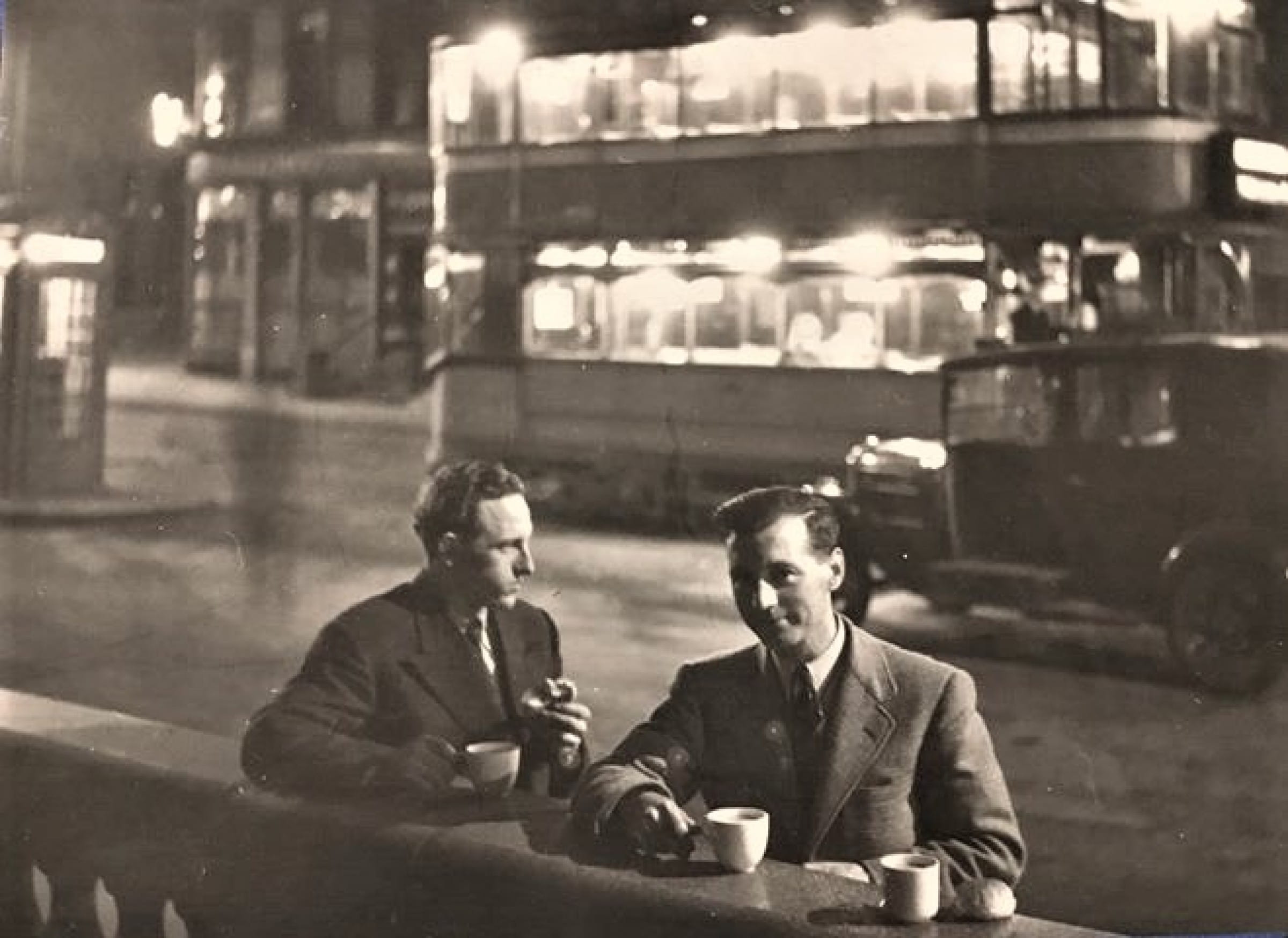 That's her uncle, Willie Robertson, from Dennistoun, on the left, then a teacher at Whitehill School, who was later the Principal ‘Techie’ teacher at Bellahouston Academy.

Not sure who his pal is, or who the photographer was, but he'd better be quick, as he's left his cuppa, and his bun - is it a Paris or a Chelsea - unattended. If he's not quick, one of his mates will scoff that!

Not even sure where the pic was taken in Glasgow - they look to be leaning on the parapet of a bridge, but the presence of a taxi in the background suggests they are at one of the city's old late night cab cafes.

As chance would have it, Glasgow's late night, mobile, taxi coffee stalls were the invention of one of my elderly neighbour's dad, who had seen them in America during WW2, and decided to bring the idea to Glasgow.

My neighbour, who later became a head teacher, met her future husband, a Glasgow taxi driver, while working on one of her dad's stands, and they are still together, while their sons still drive and repair Glasgow taxis.

Although designed for the taxi trade, the stands were also very popular when the dancing came out, providing a quick refresher before the late caur, bus, or walk home.

If you'd got a lumber, you could stand her a cuppa.

Often, the sole teaspoon on the stand would have a hole drilled through its handle, and a length of chain securing it to the counter (best not look in the sugar tin!).

China cups too, so no need to worry about recycling the empties.

I know there used to be a stand up around Blythswood Square, where you might meet certain ladies, and another near Charing Cross. Where the others were, I don't know.

Oh, and you had to be careful who you spoke to - Glasgow serial killer Peter Manuel was known to hang about the stands...

* LG follower Chris Ditchfield has solved our location conundrum: it's taken on St Vincent Place, looking northwards to the corner of Buchanan St. Phone box next to the public WCs.