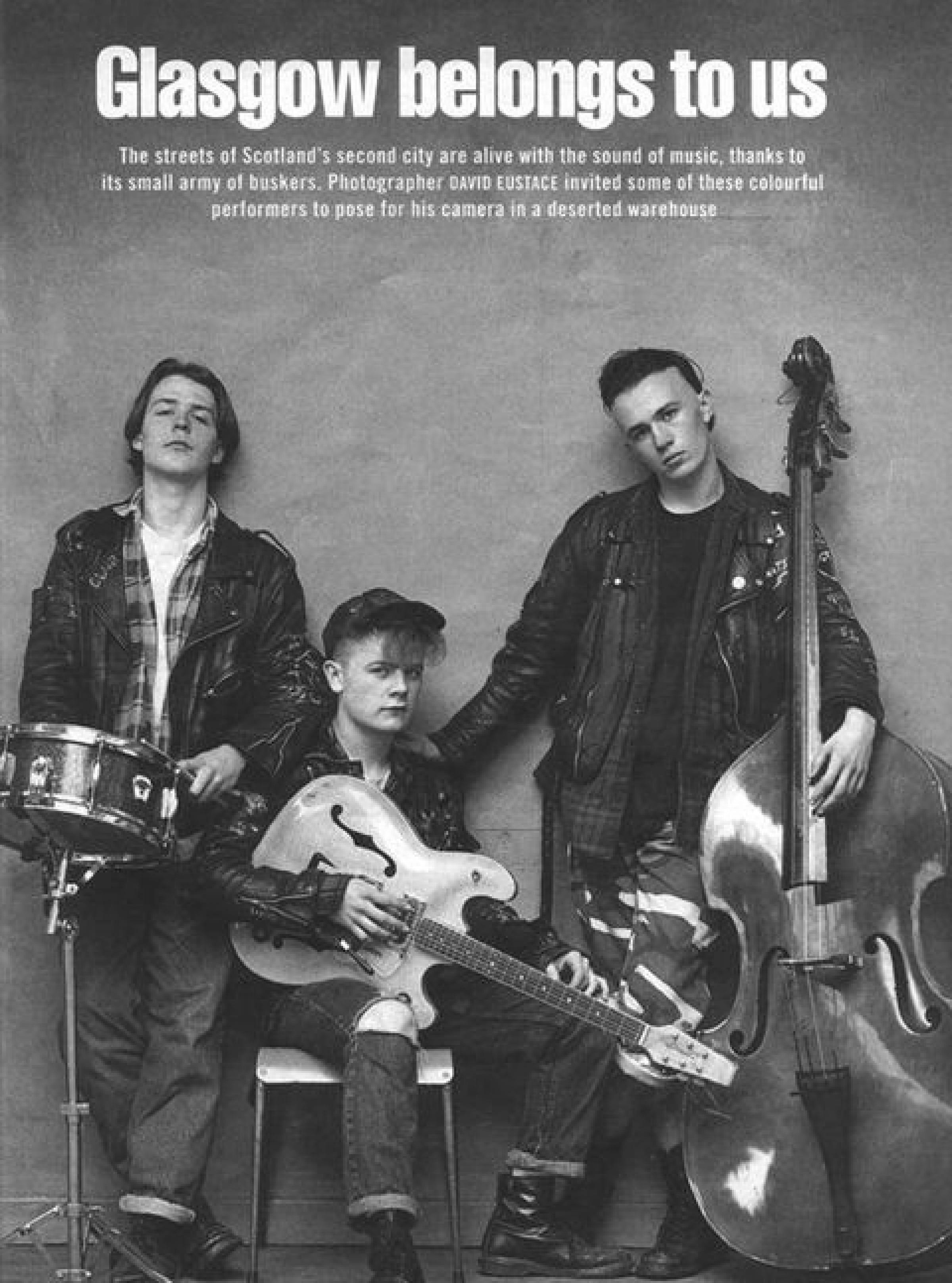 Former Glasgow busker Mark McDonald, that's him, seated with the guitar, sent in this picture of his old band, Out To Lunch.

Mark says: "We used to busk in Glasgow in the early to mid 90s. The photo was taken by David Eustace, who at the time was a student but is now a renowned portrait photographer. The photo, along with a few others of Glasgow buskers, was printed in the Observer magazine in 1993.

As a lifelong fan of stripped back rock 'n' roll, I well remember standing and listening to the boys back in the day, and chucking a few bob into their bunnet.

As chance would have it, tonight, as part of its 'Close Up' photography series, David Eustace will be talking about his work and career with Glasgow's Street Level Gallery.