May 66
The Trades Hall, Glassford Street, from Wilson Street, by Wilfred C Appleby 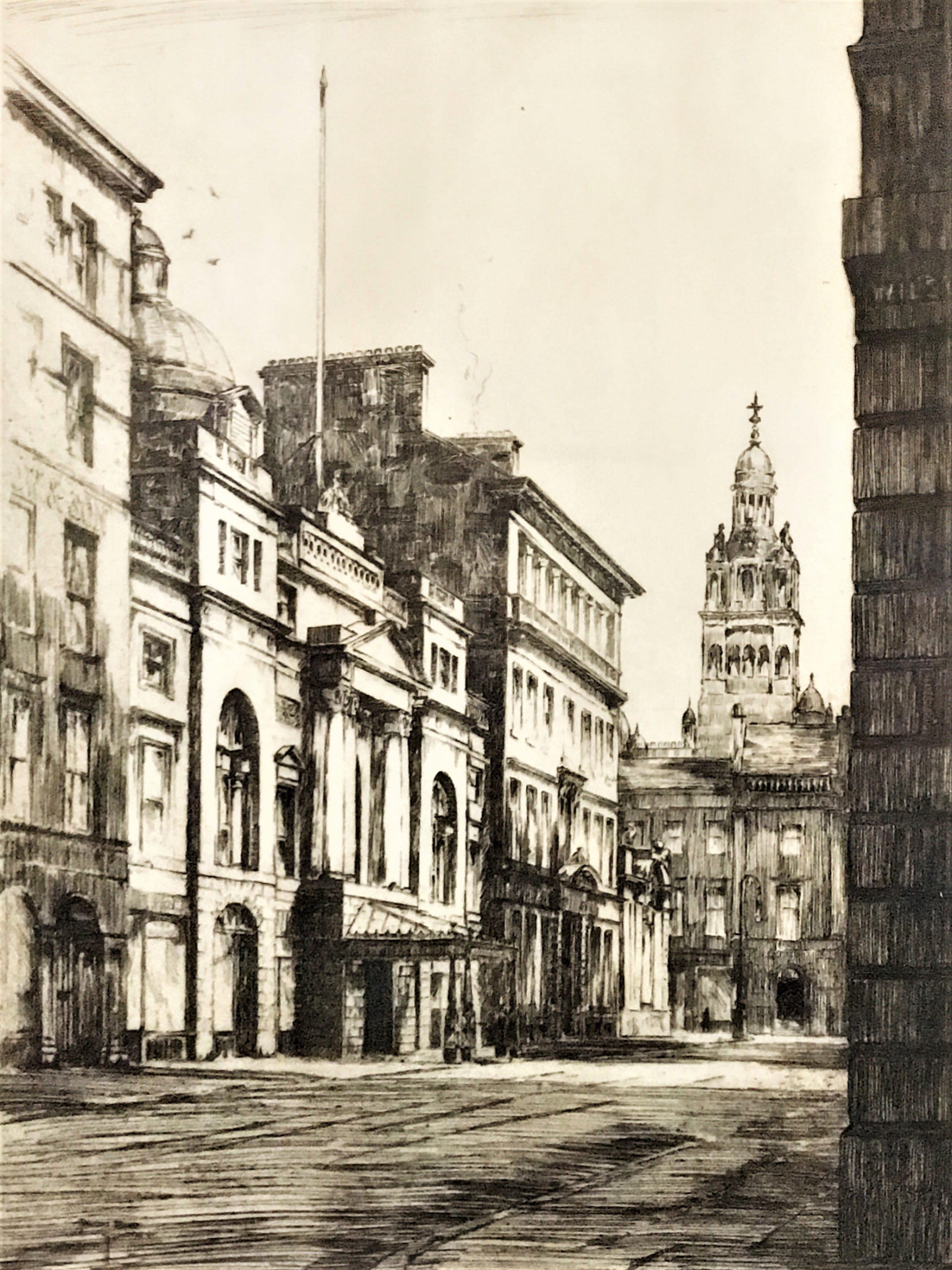 Another etching on my wall, and, today, we're looking north up Glassford Street, from the corner of Wilson Street, towards the magnificent Trades Hall.

Established in 1605, to set standards, practises and prices amongst the city's emerging tradesmen, this building has been their home since since 1794.

Before this the Crafts met in an Almshouse on the corner of Cathedral Street and the High Street, where the Barony Hall of Strathclyde University sits today.

Robert Adam was the architect who won the commission in 1791, but sadly died before it was completed. His younger brothers, James and William Adam, saw the building finished.

The façade of the Trades Hall is one of Adam’s finest designs, originally comprising of a block of five bays with the emphasis on the central entrance way and outer bays. The cost of completing and furnishing the building was £7,927. It is the only major Adam work surviving in Glasgow, and the oldest building (apart from the medieval cathedral) still used for its original purpose of a public hall.

In this, undated, Wilfred C Appleby etching, we see the magnificent, Victorian cast-iron and glass canopy which once graced the building.

To mark that history, every time the Trades Hall elects a new Deacon Convener, they are presented with two pears, on a turned bowl made from pearwood.