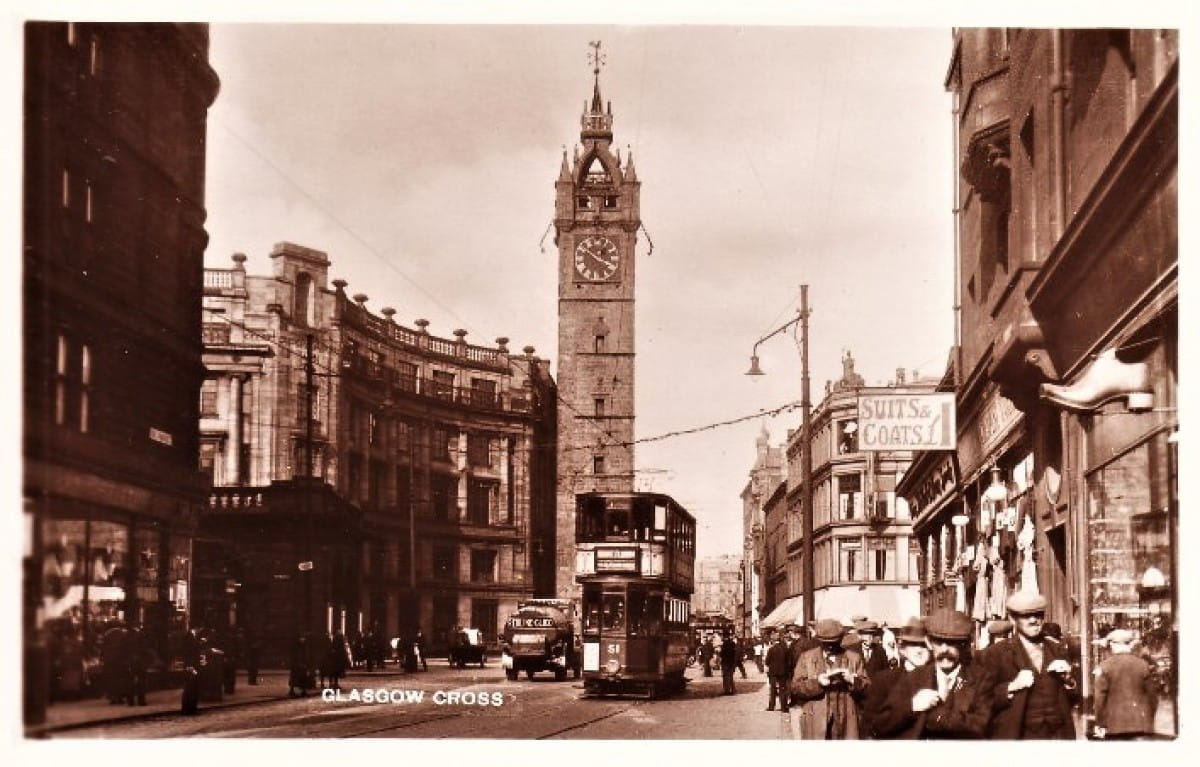 Clogging up the Saltmarket 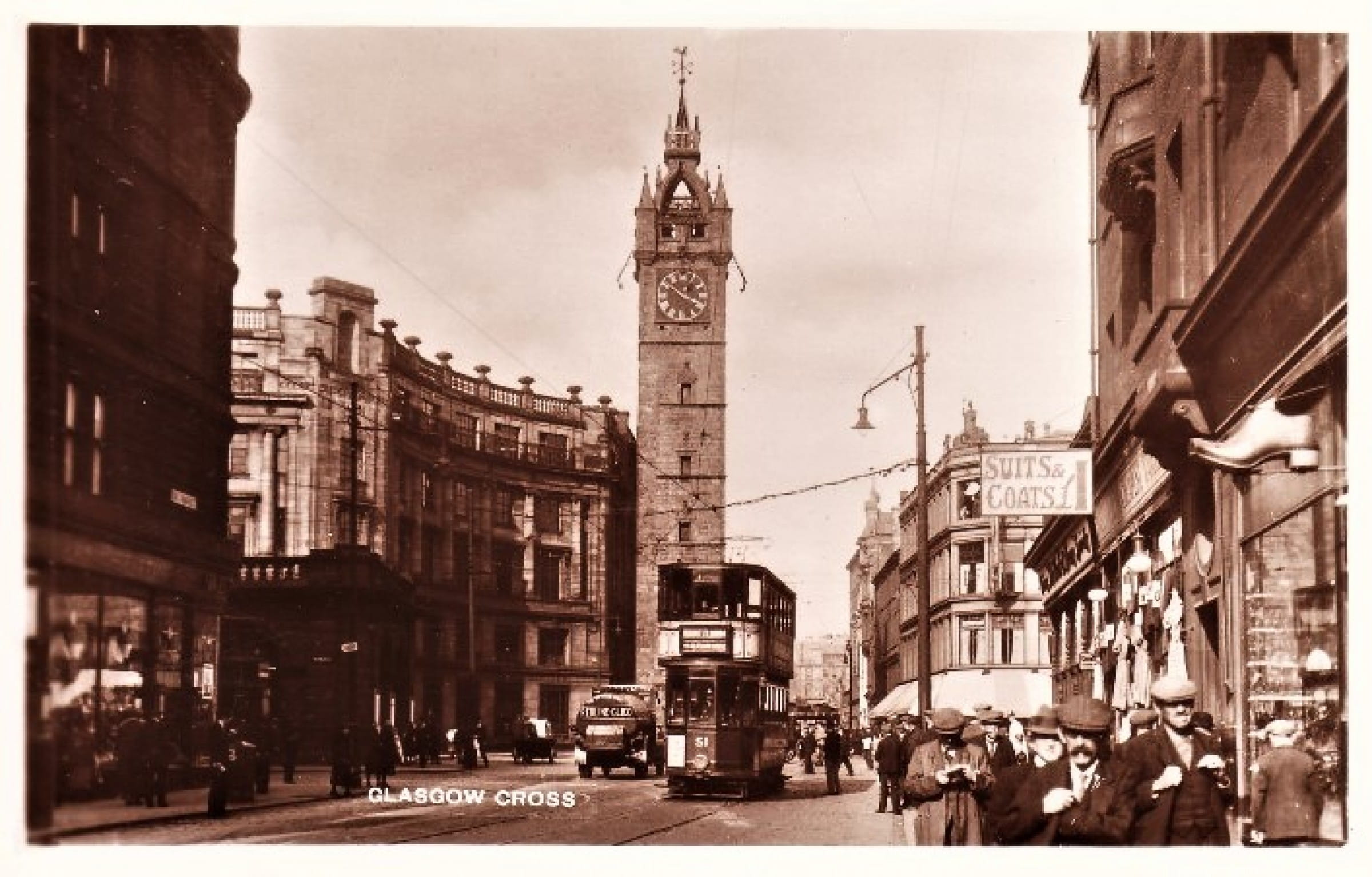 Clogs, often thought as peculiar to the north of England, were once a popular form of footwear in Glasgow. Tough, cheap and hard-wearing, they were a common sight in the city's myriad factories and workshops.

John Moffat’s shoe and clog shop (seen here in the 1930s) at 19 Saltmarket - identified by the giant clog hanging outside - was the go-to place for the wooden shoes. While he always had a stock of ready-made clogs, you could also get your plates sized up for a pair of made to measure clogs; where, after having your foot drawn around on a block of wood, the rough block would be sent back into the workshop, to be cut, shaped and shaved into the perfect fit.

In 1965's 'The Heart of Glasgow', Jack House - the original Mr Glasgow - wrote: "Moffat was not only known for making stout clogs for the male and female workers of the town, he also made special clogs for champion clog-dancers.

"When I was a young reporter you could still see clog-wallopers on the stage, but they were a dying race.

"In Moffat's shop there were photographs of the World Champion Clog Dancer, and the clogs he had worn were displayed below. I wrote about this in my newspaper, and then the heavens fell in!

"It turned out the west of Scotland was filled with world champion clog-dancers. The real question is, what is a world championship?

"A controversy like this would be regarded by a newspaper nowadays as something rather good and interesting. Then, in 1928, I was told off for starting a row.

"Later, the assistant chief reporter took me aside and said; 'Listen, Jack, I'm going to give you a tip that's worth its weight in gold. Never discover anything!' "