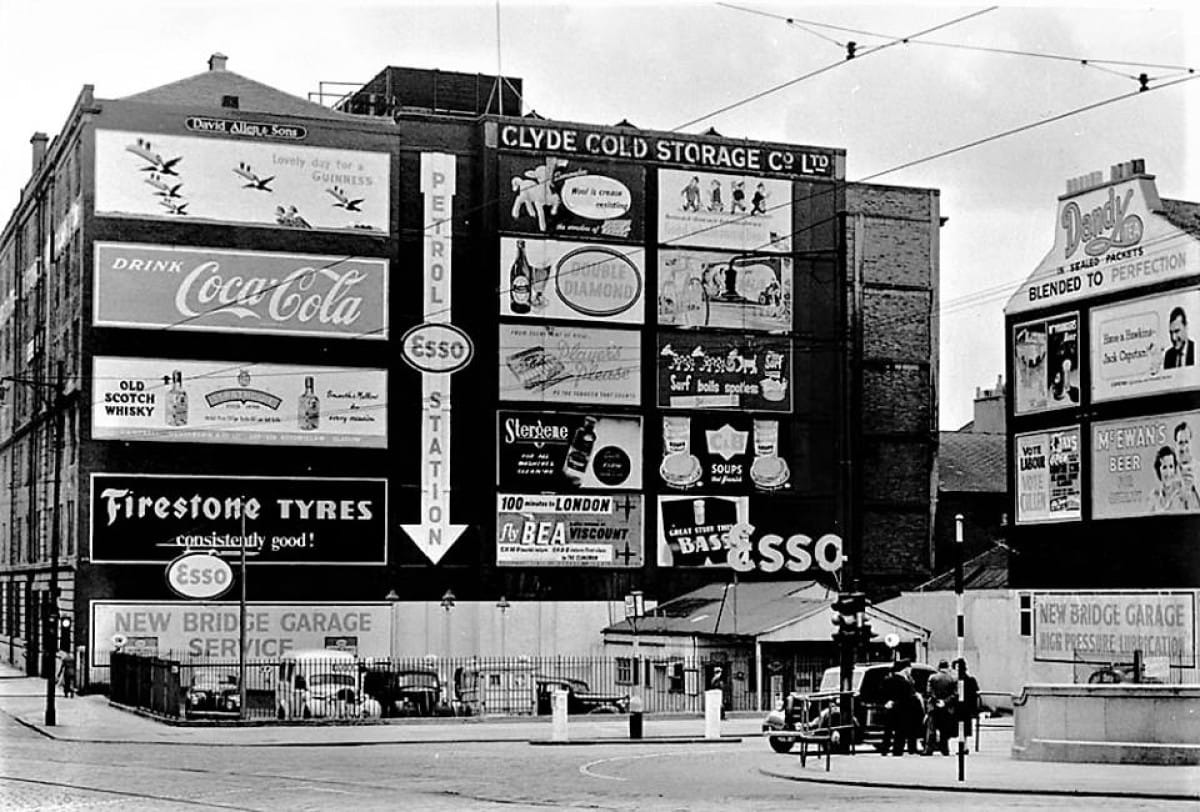 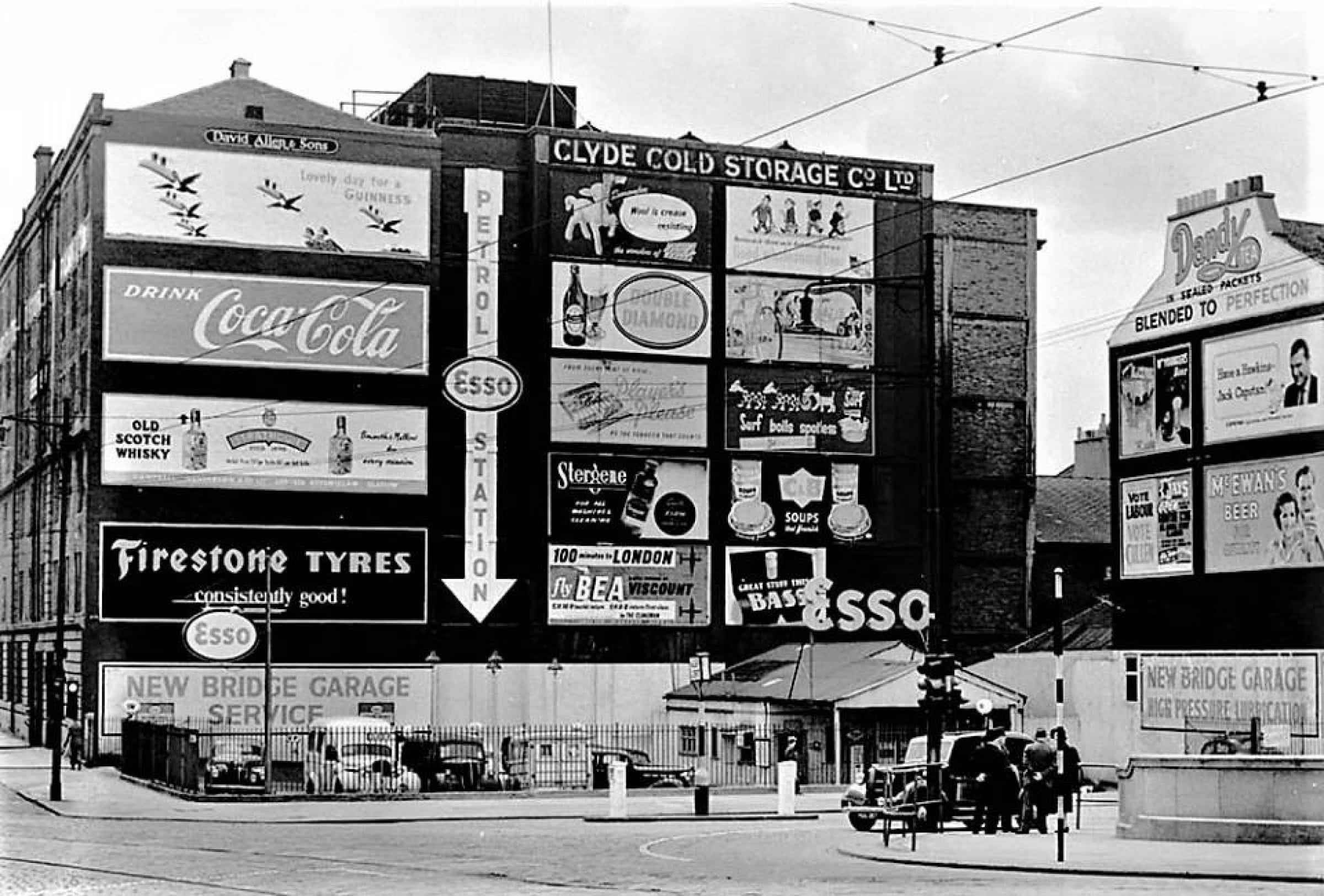 Watching all the site clearance and preparation work for the new Barclay's Bank Buchanan Wharf project, in Tradeston, it's strange to think that this is just another reinvention for the area south of King George V Bridge.

Once the boarding and hopping off point for Clyde steamers, it also once played an important role in keeping Glasgow's grocers well stocked, and us fed.

The Clyde Cold Storage Company, which once occupied part of the site, was one giant walk-in fridge/freezer; full of sides of beef, hunners of hams, a veritable Ben Nevis of cheeses, and shelf upon shelf of other perishables.

My old grandpa, once he'd retired from his long years at sea, managed the place for a short while, and always had to work all day with his overcoat on!

There's also a fantastic array of adverts to study in this brilliant 1955 shot of Clyde Place. The New Bridge Garage was named after the George V Bridge, which opened in 1928, part of the parapet of which can be seen on the right.

What many folk won't remember is that there used to be a foot tunnel beneath the south side of the bridge, allowing pedestrians to cross the busy junction without having to dodge through the traffic.

Long blocked up, I only walked through it once, by which time it had become an unofficial, beer and wee-scented shelter for the city's rough sleepers.

Although these buildings have vanished, to be replaced by a fabric shop, a car wash, and a car park, most of the brands advertised on the hoardings still exist. I also love the fact that BEA is advertising 100min shuttle flights to London.

Nice wee bit of music trivia, too. Chris Blackwell, the founder of Island Records, the man who brought us Bob Marley, was a distant relative of the Crosse and Blackwell dynasty, the folk behind C&B soups.

David Allen & Sons, who rented out the advertising hoardings, once boasted of being the the largest advertising company in the world, and had their Glasgow HQ in one of Sauchiehall Street's last remaining Georgian villas. It eventually disappeared to make way for the multi-storey extension to the city's Dental Hospital.