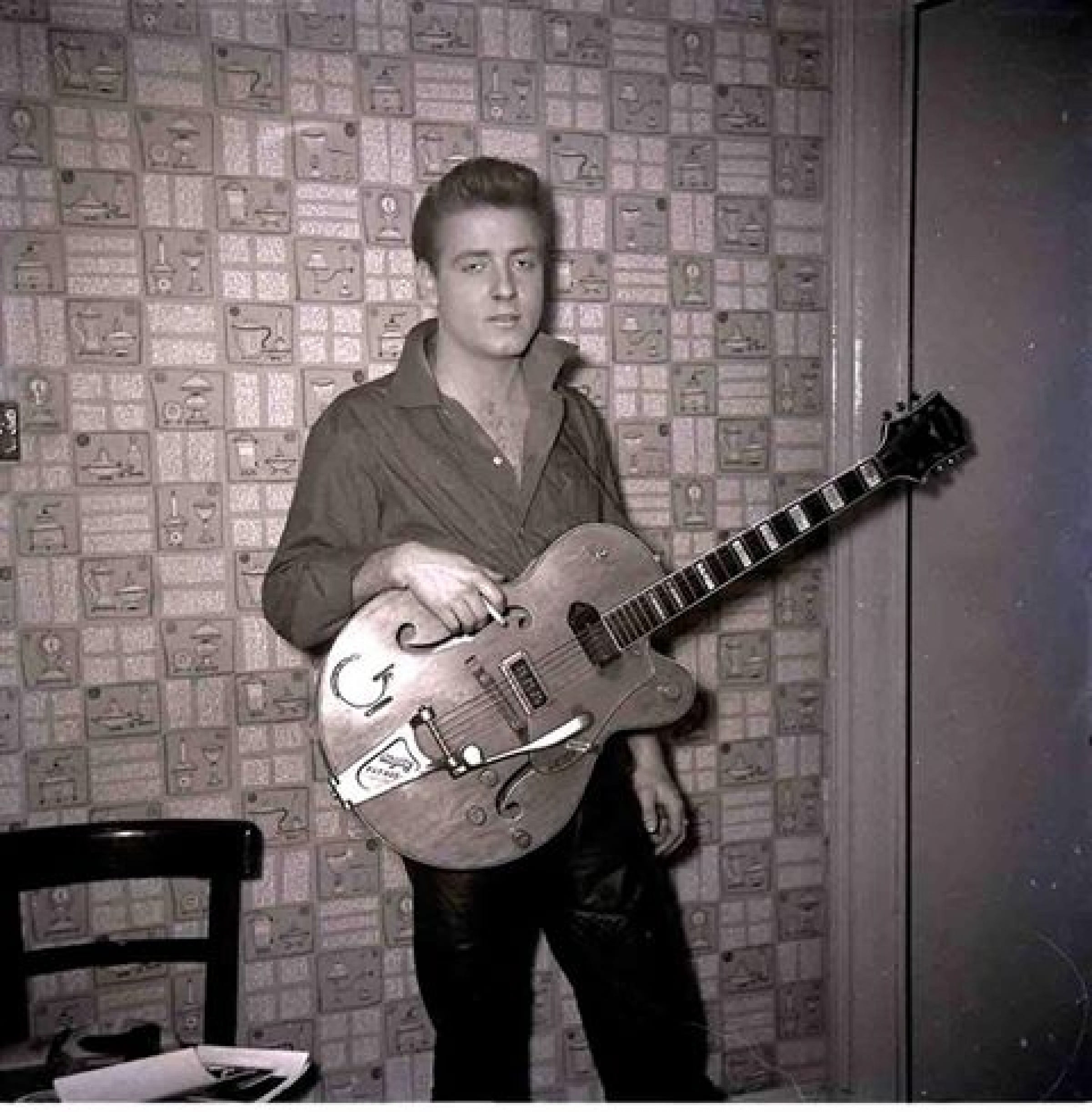 It's not often I wish I had a time machine but, if I did, I'd shoot back to this week 60 years ago, to witness one of these shows. Pure rock 'n' roll gold.

"I have attached two posters, some pictures and a review from the Daily Record - note how out of touch the reviewer is.

"This was the first all-r'n'r tour of the UK: not jugglers, comedians or novelty acts. Bill Haley's triumphant tour in 1957 saw him share the bill with the Vic Lewis Orchestra and other rockers, home grown, like Terry Dene, or American, like Charlie Gracie, were on variety bills.

"After Cochran's death, in the April, the tour reconvened with Vincent heading a 'Tribute to Eddie' tour which ran into trouble at the Empire from the city's somewhat less than sympathetic r'n'r fans. Some things never change, eh?"

* Just as an add on; see Eddie's beautiful Gretsch guitar. After his death, in a car a crash, one of the first on the scene was a spotty young police cadet, called David John Harman.

The guitar, along with Eddie's other possessions, were taken to the local nick, where, over the next few weeks, David taught himself how to play on the Gretsch.

Fast forward a couple of years, and David changed his name to Dave Dee, then joined up with his pals, Dozy, Beaky, Mick and Titch to score a fair few top 20 hits.