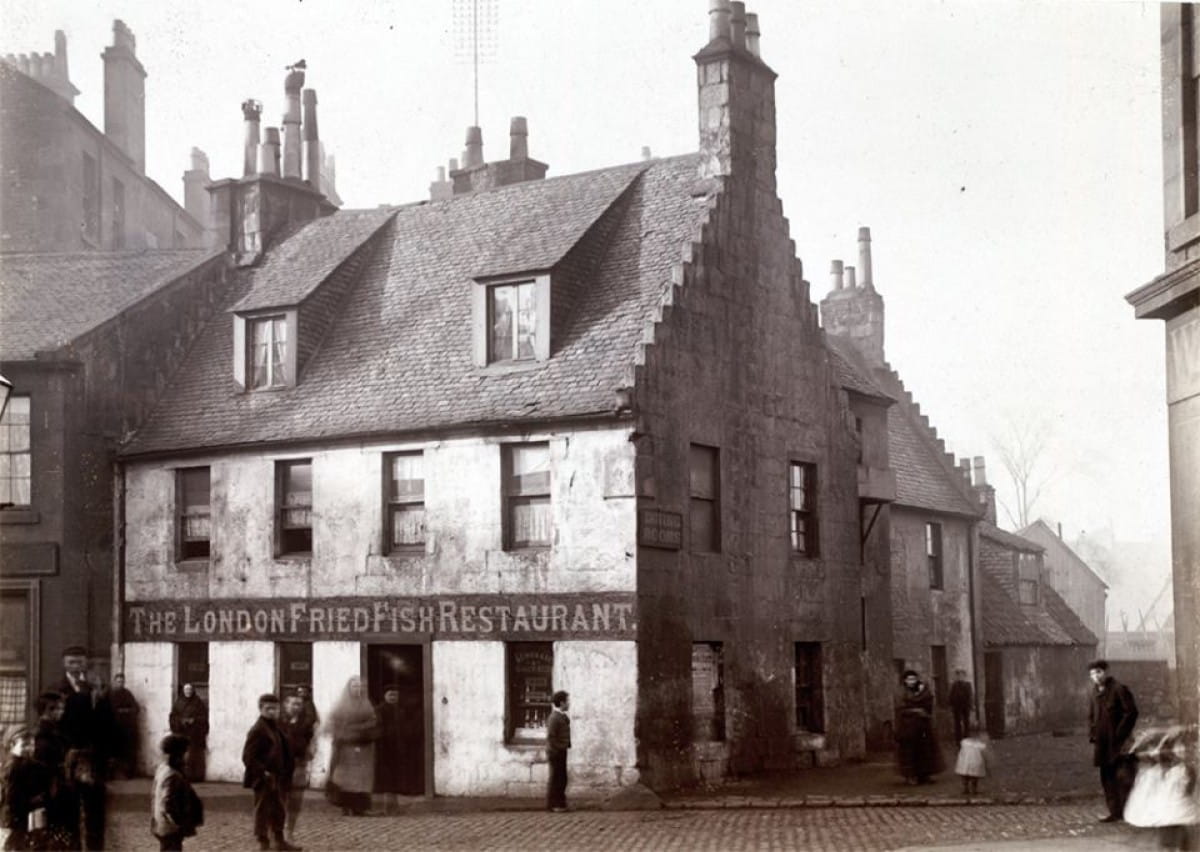 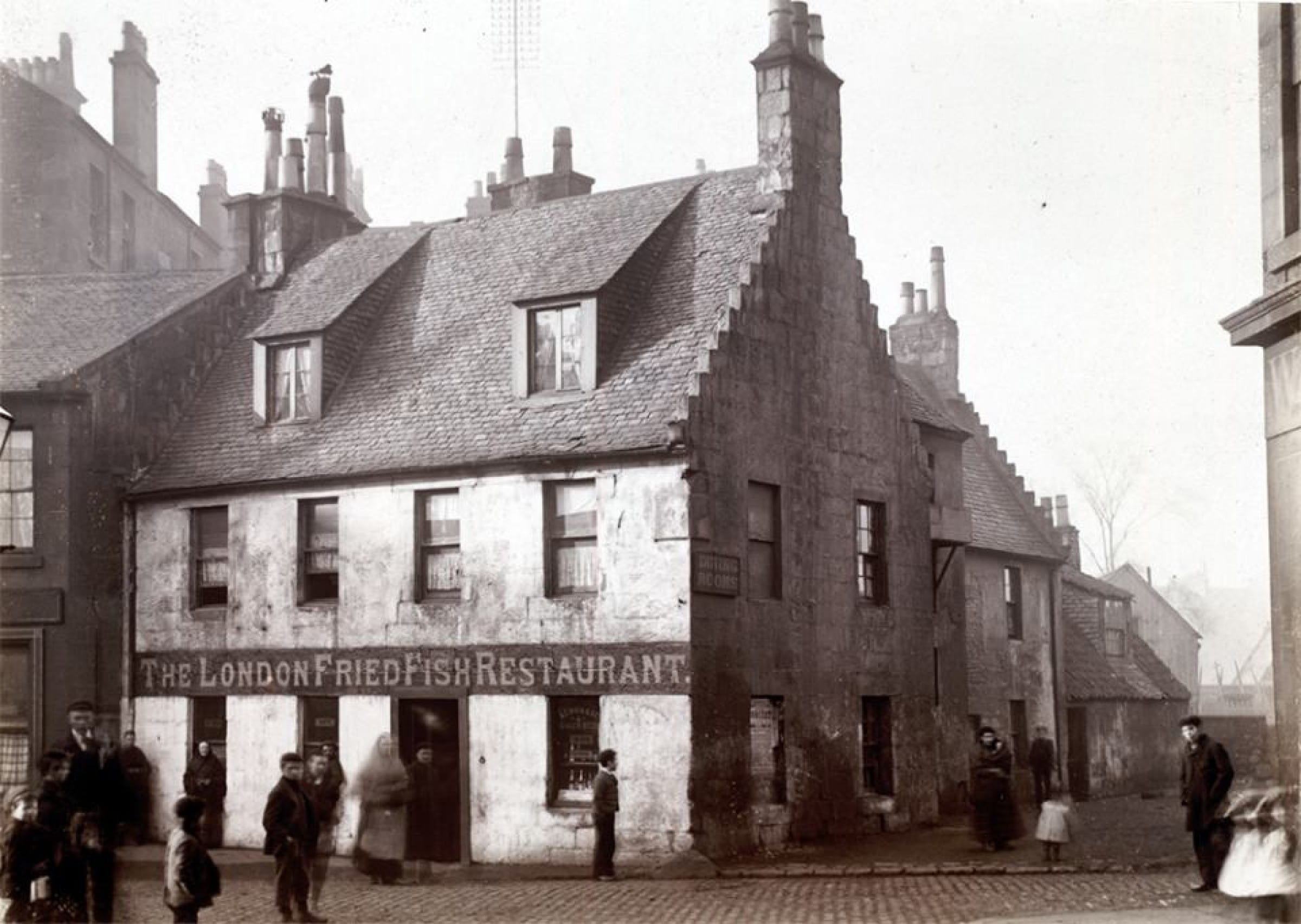 Anyone fancy a fish supper? #NationalFishAndChipDay

The London Fried Fish Restaurant, in Water Row, at the corner of Manse Lane in Govan, c 1890s.

In the late 18th century the ground floor of the building was occupied by Moses Waddell's Inn, where the Govan Weavers' Society, which organises the Govan Fair, would meet each year to elect a deacon.

In the days when beer was safer that water, the tavern was the subject of a popular local ditty:

'Sma', small beer, was the name for weak beer known as small ale, which was considered safe even for the weans to drink.