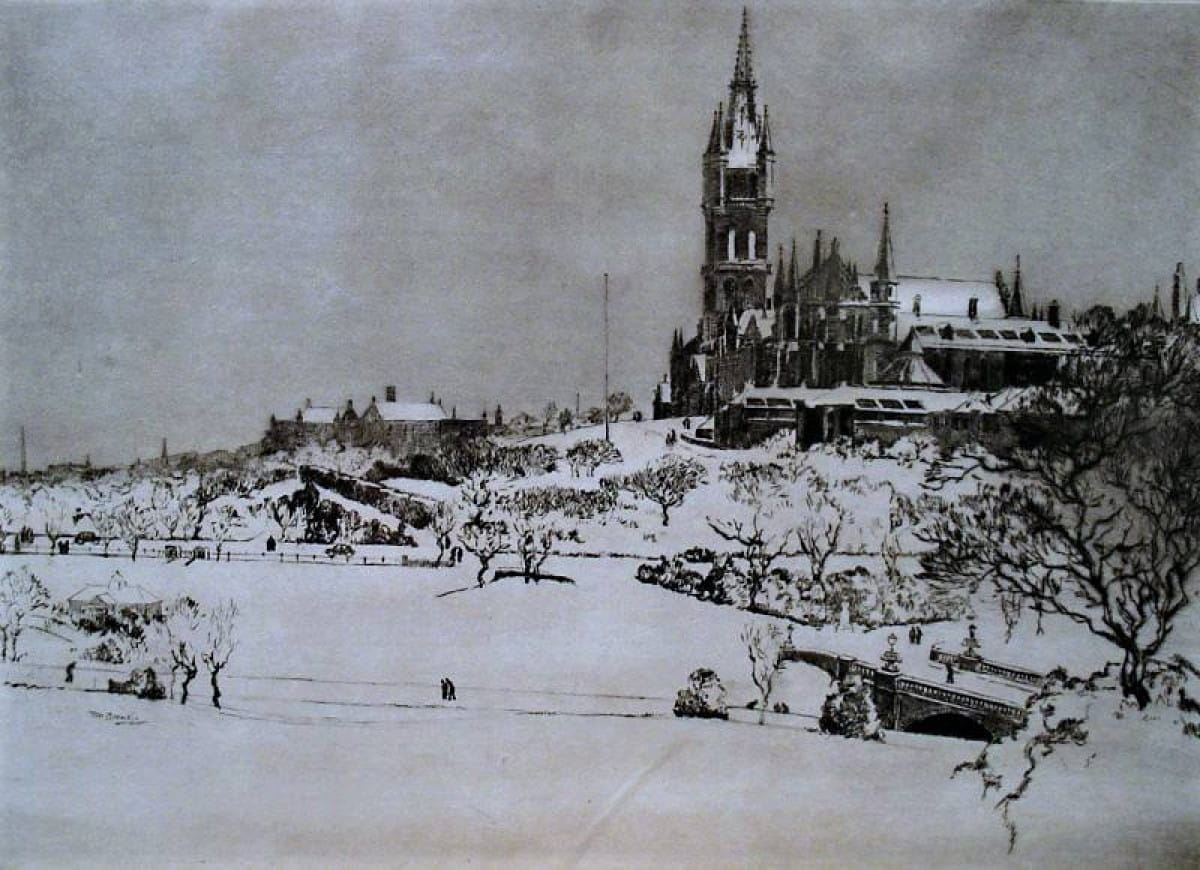 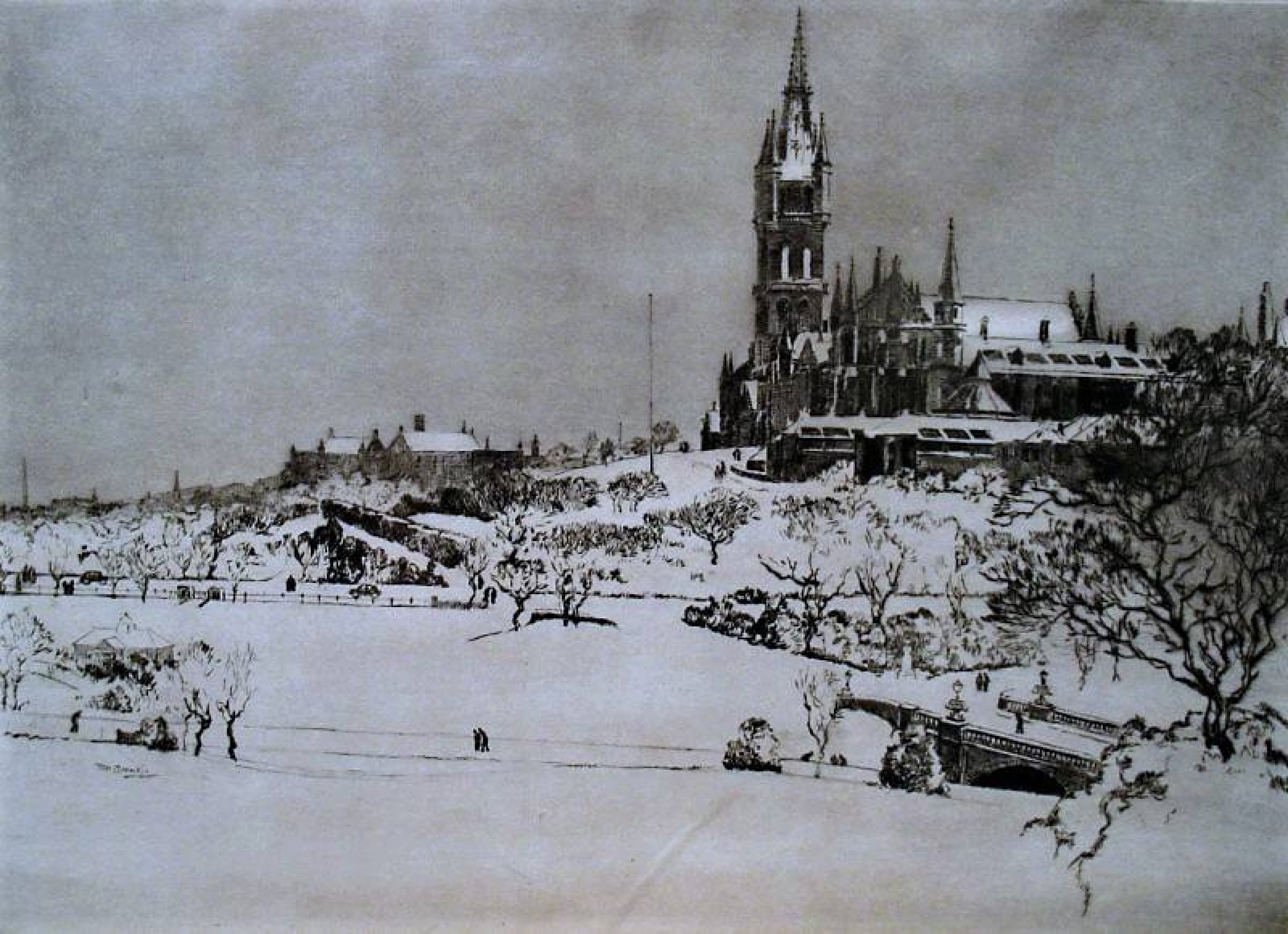 No snow this Christmas, but I love this image of Kevingrove Park and Glasgow University, created by Glasgow etcher Tom Maxwell (1874-1937).

You can almost hear the muffled crunch of the two central figures' feet. And one saying to the other: "This is bloody murder. How far away is it to your flat? I told you we should have got a taxi!"

What's remarkable about this etching is how Maxwell manages to convey so much detail, and such a sense of place, when so much of the etching plate remains almost blank. Is it just me, or do I detect a hint of Japanese influence?

Although long a favourite of mine, little is known about Maxwell's early life. He was a naturally talented draughtsman and self taught artist. He began his career doing illustrations for the Evening Times, before setting up on his own as an etcher. He became famous for his drawings and etchings of street scenes, architecture, landscapes, and harbours.

A pen pal of US-born artist and etcher James McNeil Whistler, Maxwell exhibited at the famous Connell and Sons Galleries in London and Glasgow, and in Boston, USA, as well as showing for many years at the Glasgow Institute of Fine Arts, The Walker Gallery in Liverpool, and London's Fine Art Society.

Whatever you are doing tomorrow, wherever you are in the world, and whether or not you've been good girls and boys, Lost Glasgow wishes you all a very merry Christmas.

More about christmas partiesMore about glasgow universityMore about tom maxwell