Cooking with gas in Sauchiehall Street 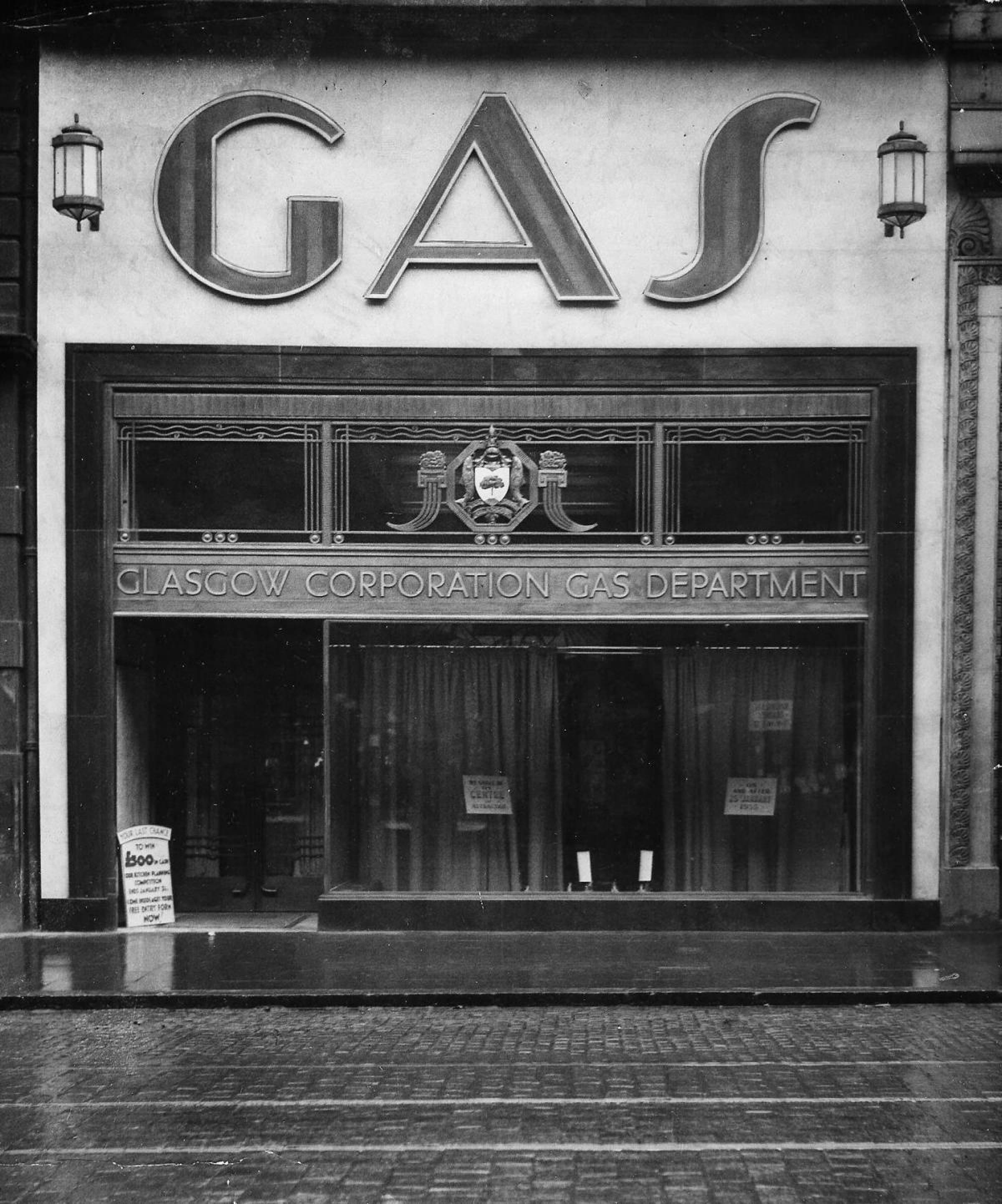 In a sooty city such as Glasgow, where thousands of factory chimneys, and a million kitchen ranges, belched black smoke, the arrival of gas cookers was a revelation.

No more minding the fire, raking the ashes, leading and polishing the grate, or trying to coax a flame on a cold and frosty morning. Just turn on the tap, push the button, and almost instant heat and hot water.

Mind you, in the Hungry Thirties, £9 10/ was well beyond the pocket of most Glasgow households.

'Sauchie' is an old Scots word for 'willow', which used to grow in profusion in the boggy 'haugh' or hollow of Sauchiehall Street.

Gas was nothing. In 1818, Glasgow had become the first major city in Scotland to be lit by gas, from the Townhead Gas Works.

Coal gas had a bit of a kick - if you bubbled it through a bottle of milk, you ended up with a cheap but potent concoction that would knock you for six, and many a close gas light had its copper stem bent to do just that.

As a very small boy, plonked out on the landing while my mum visited an old pal of my granny's, I saw a 'gentleman of the road' do just that. When he saw me watching him, he smiled, put his fingers to his lips, whispered 'Sshh', then slipped away with his potent pinta!

The Glasgow Gas Light Co built the Tradeston Gas Works, in Kilbirnie Street, in 1835 to supply the south side of the city. The works came under municipal control in 1869, and the Town Council's Gas Department immediately began a programme of rebuilding and re-equipment. This was repeated in the years following the Second World War. The works only closed in 1970.

The gas works was the scene of one of Glasgow's rare bomb outrages. On the night of 20 January, 1883, two loud explosions were heard at the works and sheets of flame were seen issuing from a large gasometer, which then collapsed. The force of the explosion was felt several miles away, and adjacent properties were damaged when the flames spread to them.

After a painstaking police investigation, a number of arrests were made and nine men were eventually jailed. They were found to be members of the Ribbon Society, an offshoot of the Fenian Brotherhood in Dublin that was a forerunner of the Irish Republican Army.

In the 1880s gas faced competition from electric lighting, however, Carl Auer’s invention, the gas mantle, gave a brighter light and enabled gas to compete with electricity until the 1950s.

I love this image of the Art Deco Corporation Gas Department in Sauchiehall Street, complete with the city's coat of arms, and those elegant outside gas lights. Today, nothing remains; only a slim gap site.

Incidentally, the phrase 'Cooking with gas' was likely coined by US ad man Deke Houlgate, who worked for the American Gas Association in the 1930s. He planted the phrase with writers for Bob Hope, who subsequently used it in radio comedy routines. The phrase also pops up in Jack Benny routines in the early 40s, a 1942 Hollywood movie, and even a 1943 Daffy Duck cartoon.