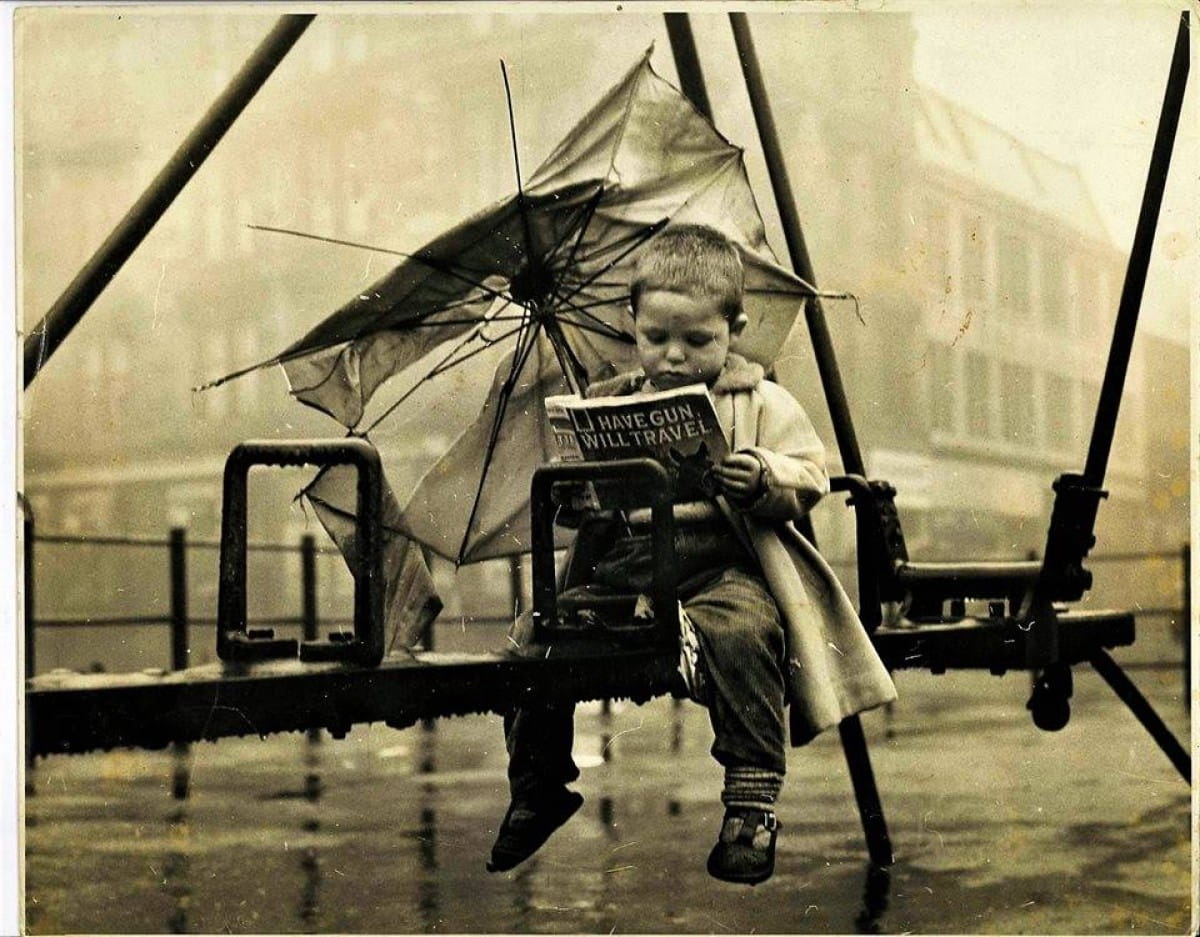 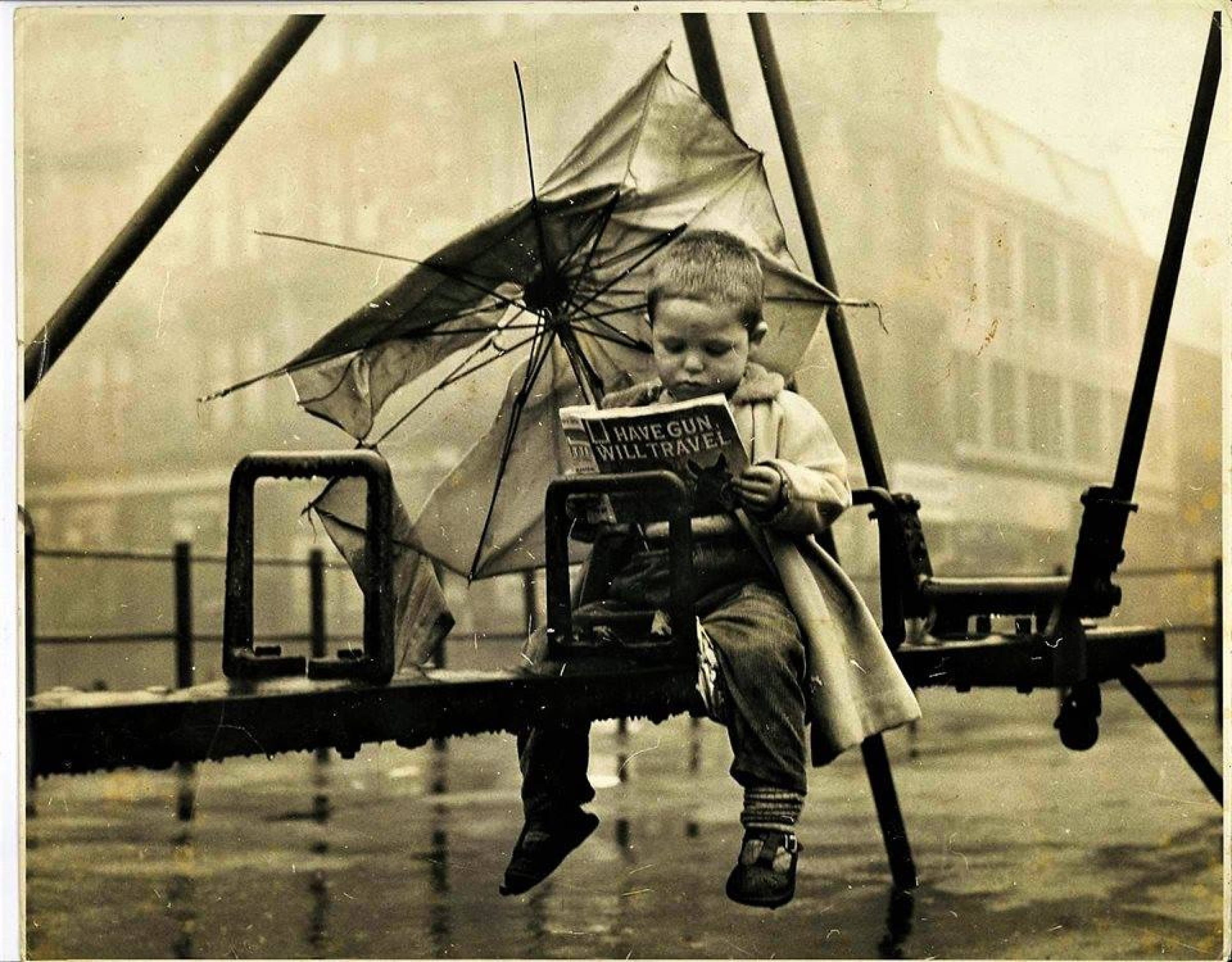 Sad news today, from France, where our photographer friend Stewart Fair has passed away, aged 80.

I first became aware of Stewart last year, when I appealed for old Evening Citizen memorabilia to help decorate The Citizen bar and restaurant in St Vincent Place.

Well, we struck gold with Stewart, a former Evening Citizen photographer, long retired to France, who'd been hoarding a stash of the brilliant images he snapped for the paper in the 1960s.

He donated them to the bar, where they now decorate the walls; a fitting and lasting tribute to a fine photographer.

I only ever spoke to Stewart once, by phone, but we had planned to meet up and share a pint, and some stories, in the Press Bar.

That meeting will, obviously, now never happen, but I'll raise a dram tonight in Stewart's memory, and the gift he gave us with his photographs.

My condolences go to Stewart's family.

I leave you with this Stewart classic, of a cute cowboy - part of Lobey Dosser's posse - caught with his neb in his comic on a properly dreich Glasgow day.

While he might be getting drenched in grey old Glasgow, in his mind he's off riding the range, under the scorching sun, and about to ambush Dangerous Dan McGrew at Deadman's Gulch. Mind you, that's the magic of reading - it can take you anywhere.

Paladin - Have Gun Will Travel, was a US Western TV show, starring Richard Boone, which ran from 1957 to 63, and was then repeated ad nauseum.