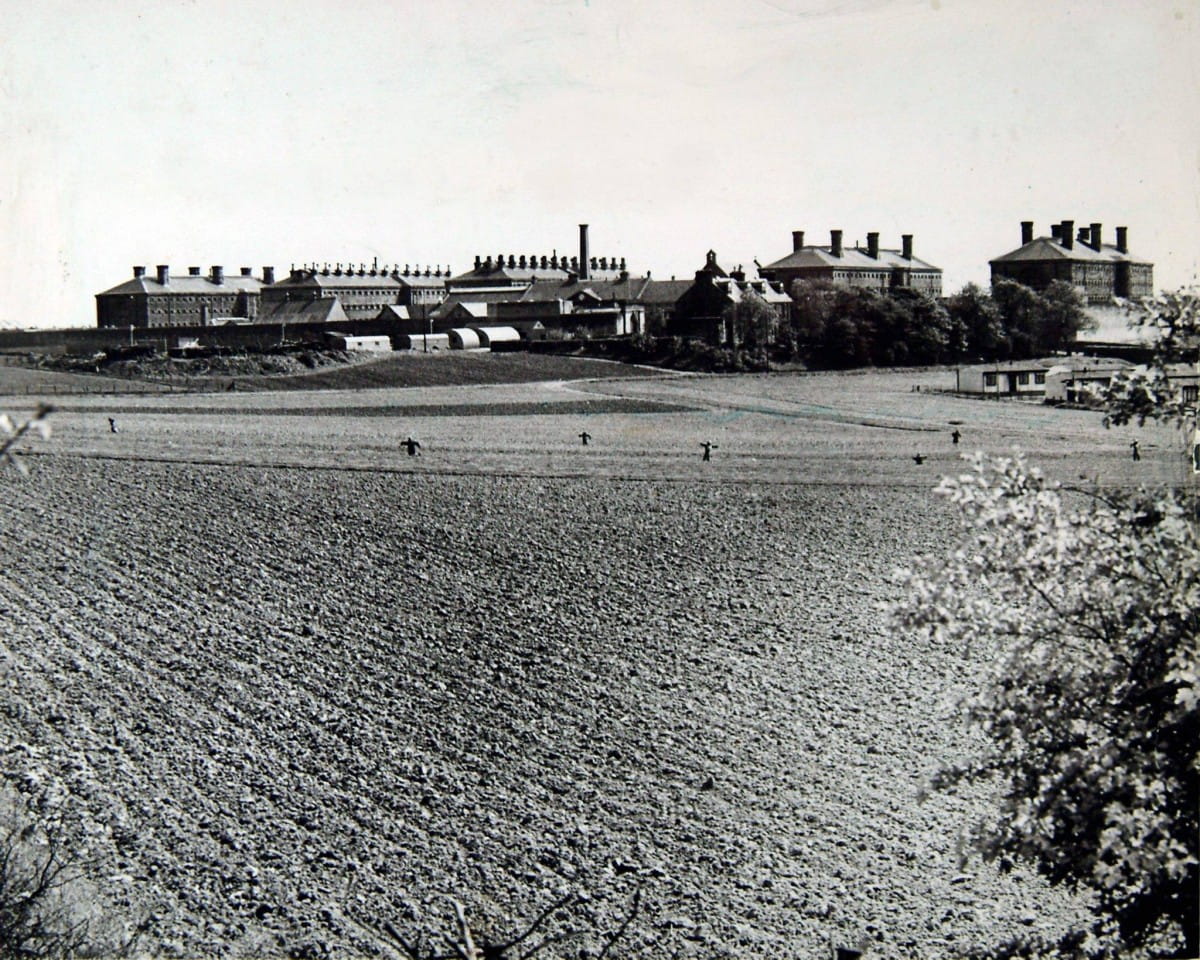 Did you hear about the lonely prisoner? 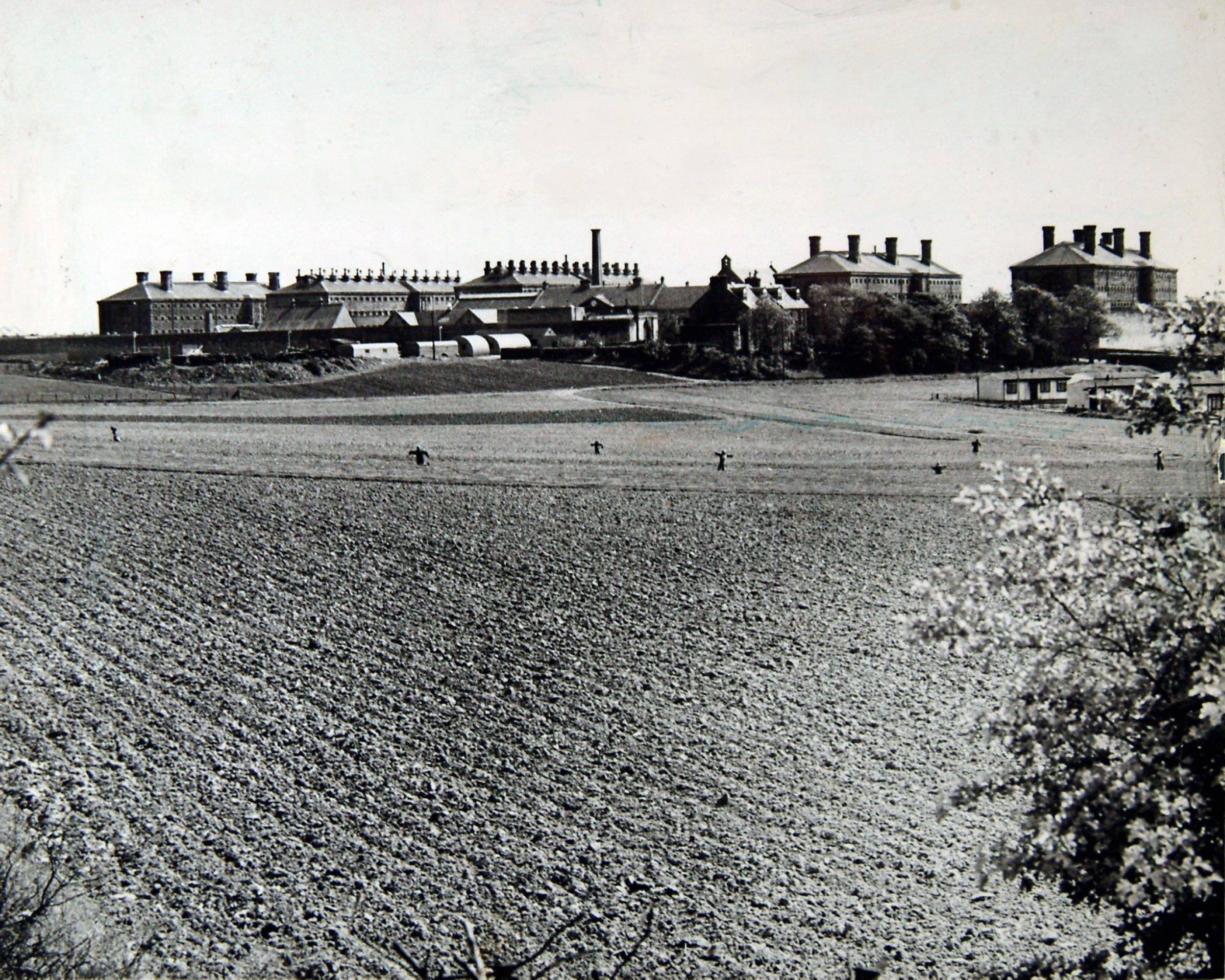 With plans now submitted to build a replacement to Barlinnie Prison - on the site of the old Provan Gas Works - let's take a look at the history of the Bar-L.

And, before you worry about escapees, the figures in the foreground aren't wayward prisoners, but tattie bogles, or scarecrows.

The prison was built on farmland at Riddrie in 1880 as a response to the overcrowding which existed in the prison system in Scotland. It was designed to hold 1,000 male prisoners, but has long suffered from overcrowding. An official report in 1997 described the jail as a "national disgrace".

When the prison was built, the Monkland Canal used to run by the site, meaning much of the stone needed for its construction arrived by barge, with early inmates employed to break stone and help build the cell blocks, or halls.

Now, you don't need me to tell you that crime's a mug's game.

Having said that, I'm grateful that the warders at Barlinnie had the foresight to snap these bad lads as they left the 'big hoose' in 1890.

There's a few faces here that you wouldn't want to meet on a dark night.

I also love the way the prison used a mirror, set at 45 deg, to capture both a full face and profile image in one snap. And, if you wonder why they are holding up their hands, it was to show if they were missing any fingers, or had any hand tattoos.

In the days before fingerprints, this was a useful crime detection tool.

Incidentally, it was a Beith-born surgeon, Henry Faulds, in 1880, then working in a Tokyo hospital, who published the first paper on the usefulness of fingerprints for identification and proposed a method to record them with printing ink. Returning to Great Britain in 1886, he offered the concept to the Metropolitan Police in London, who promptly dismissed his innovative idea.

Jump forward to 1912, and this crew of crims, in bunnets and Bowlers, is a right mixed bunch, with a fair few respectable looking gents caught on camera.

What will now happen to the sprawling prison site, who knows? Housing, I suspect, although, surely, part of the original prison should be kept as some kind of museum.

Russian literary great Fyodor Dostoevsky - a man who knew a thing or two about Crime and Punishment -once wrote: "The degree of civilisation in a society can be judged by entering its prisons."

By that, or any measure, the Bar-L has long been a stain on Scotland's name.

Reminds me of the old Glasgow street song.

'There is a happy land, doon Duke Street Jail,
Where a' the prisoners stand, tied tae a nail.
Ham an' eggs they never see, dirty watter fur yer tea;
There they live in misery - God save the Queen!'