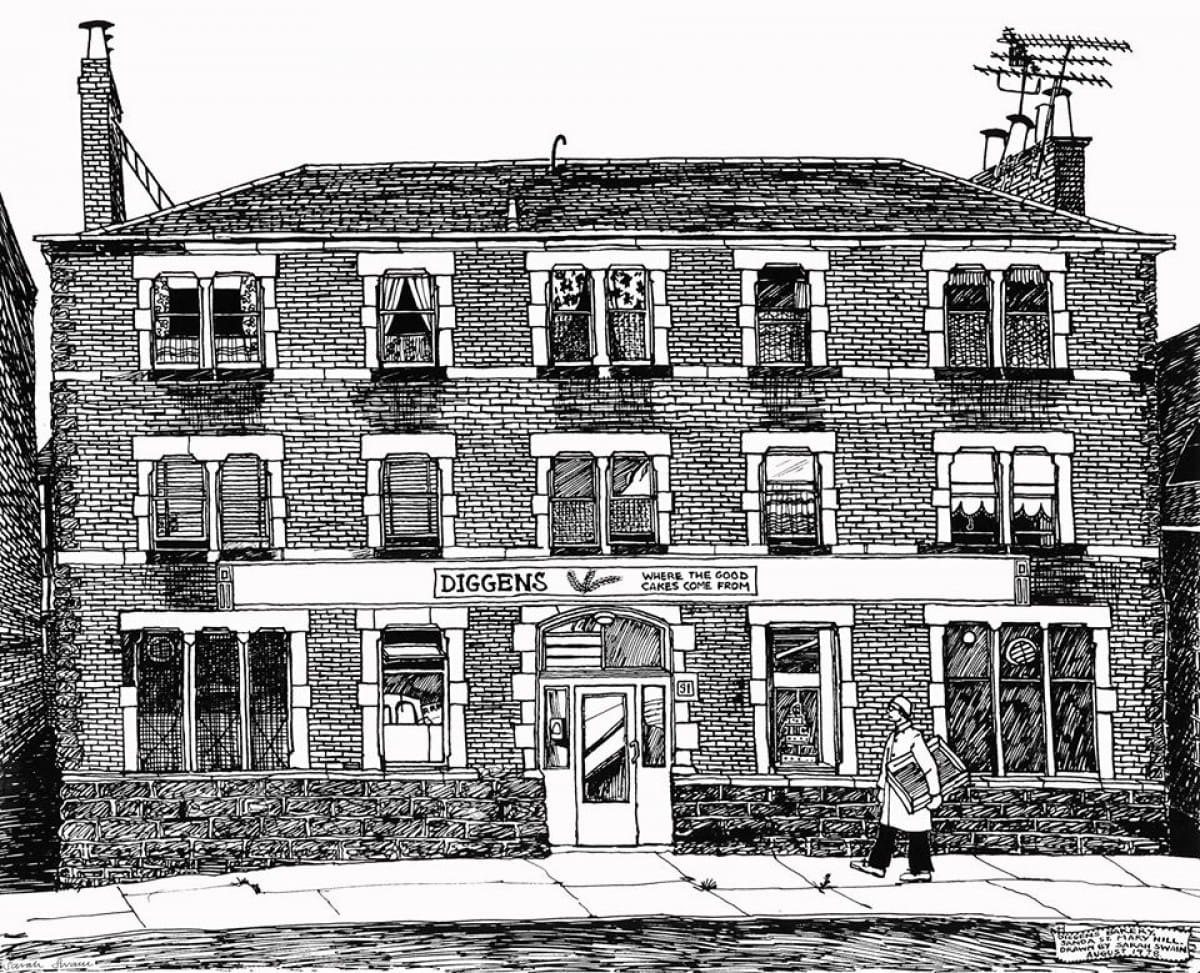 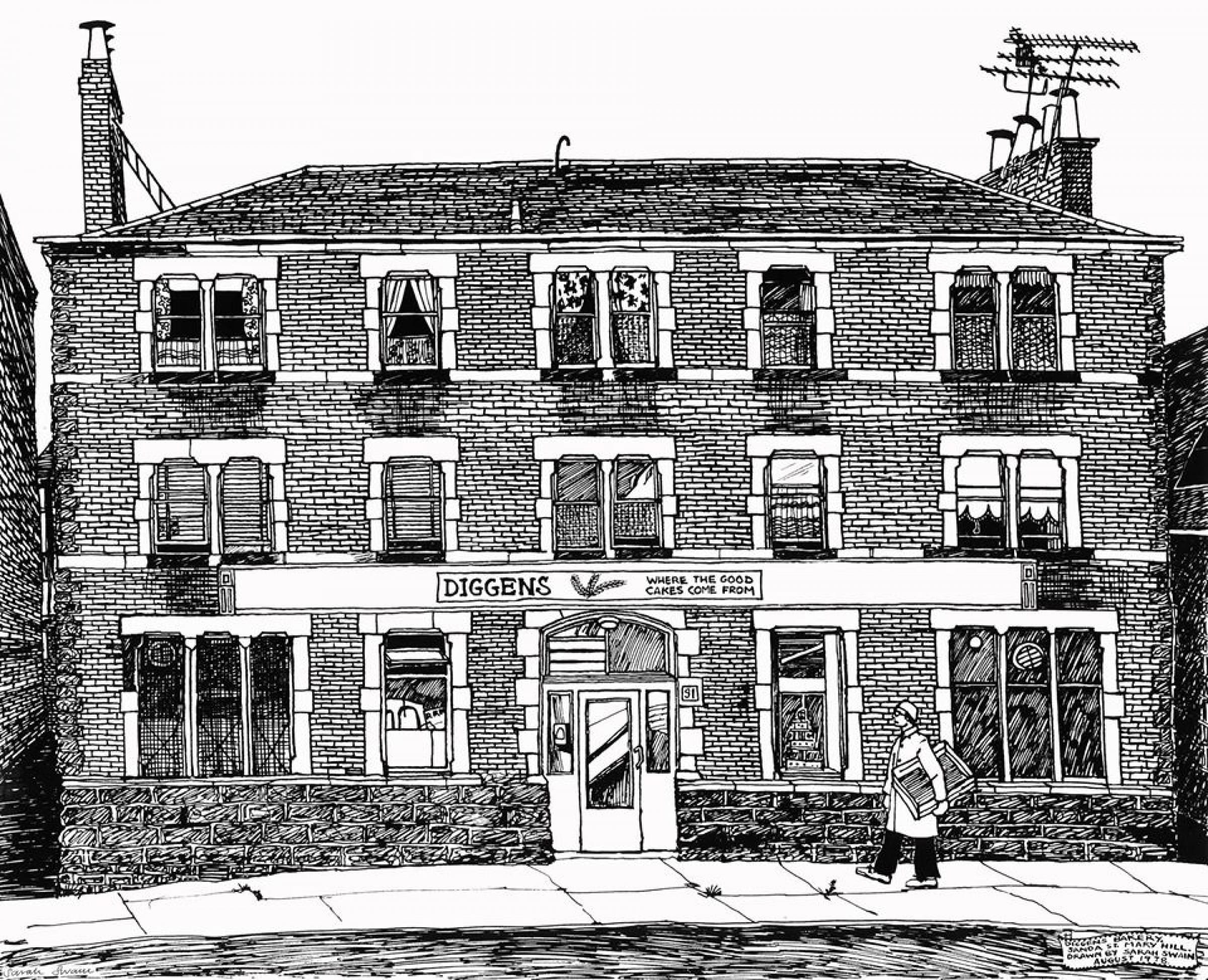 He writes: "A friend brought us some rhubarb from her allotment yesterday which we lost no time in stewing. It was traditional rhubarb, not the fancy Champagne stuff, and the taste brought back a Proustian memory of proper rhubarb pies made with hot water pastry (like meat pies) from Diggens Bakery in Byres Road."

All that gave me an excuse to dig out another brilliant Sarah Swain illustration of the old bakery, in Sanda Street, Maryhill, done in August 1978.

Just imagine all the birthday, Christmas, Hallowe'en and wedding cakes which emerged from those front doors, the army of white-coated, flour-shrouded bakers who made them, and the wonderful, warm, perfumed smells in Sanda Street as the oven doors opened.

Sadly, the bakery is long closed, with the premises now converted into flats.

I too used to love those rhubarb pies (I caught the bug from my dad) and can still recall that magic moment as my teeth broke through the crisp pastry to release a stream of mouth-watering rhubarby, sugary juices.

Over in Cardonald, where I grew up, local baker Jimmy Cosh was the king of the cakes; his pastries, sausage rolls, pies, cream cakes and sweet treats were legend.

All this talk of rhubarb also gives me the opportunity to share one of my favourite groan-inducing jokes.

After the rag man's cart had gone by, the horse had left a steaming 'present' in the middle of the street.

At that, one wee wifey ran indoors, and emerged with a wee shovel to scoop it up.

Her snooty neighbour looked over the fence, and down her nose, and asked: "Whit are ye goin' to do wi' that?"

"Really? In this house we always put custard on ours..."