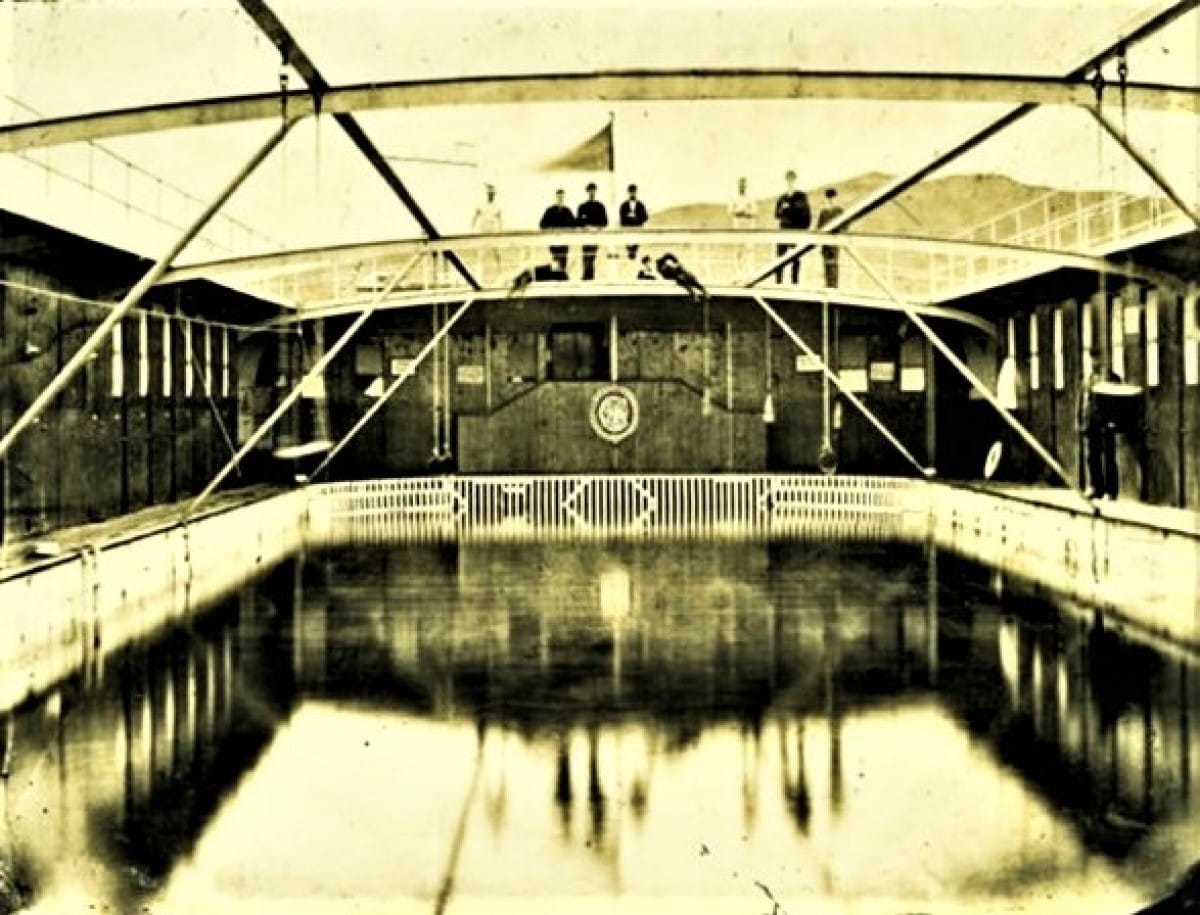 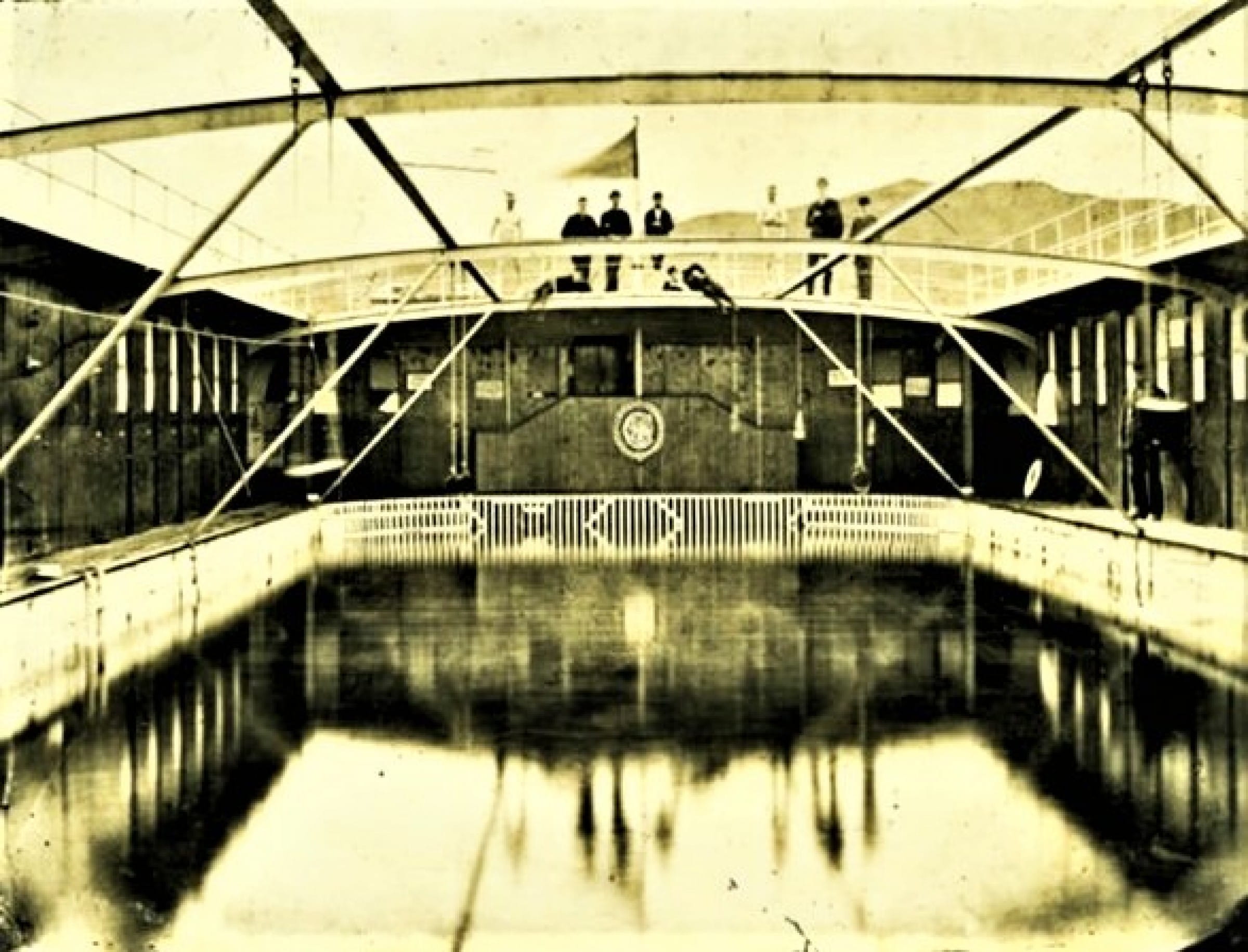 On a day like today, nothing sounds more enticing than nice cooling dip.

Back in 1879, you could hop on the train down to Greenock, for a plunge in the the Clyde Floating Swimming Bath - a 120ft barge, fitted with large water tanks, moored off Battery Park.

It was the brainchild of James McCunn, a wealthy shipbuilder and merchant of the town.

Entry cost one penny - not including a towel - with “temperance refreshments” on offer throughout the day.

Clothing shops clamoured for sales of appropriate swimming suits with 40 dressing rooms lining the perimeter of the pool.

Special “ladies only” sessions and displays of “fancy swimming” were held on the occasional Saturday afternoon.

The barge was anchored a “considerable” distance from the shore to allow the vessel the full benefit of the tide. Swimmers would enter via a pier and a gang plank.

Water would enter the baths via the floor, made from boards of elm, which were spaced around one inch apart to allow the Clyde to flow into the pool. Exit channels controlled the depth of the water.

While not heated, the water was declared as “always very fresh and clean” according to an account in the Glasgow Herald on April 20 1880, although some issues with weeds were later reported.

The newspaper report added: “The novelty of the structure riding at her mooring commanded a large share of attention from thousands who sailed past to and from the coast.

“One gratifying circumstance was the large number of visitors from Glasgow who came down to enjoy a salt water dip.

“Special hours are to be set apart from ladies.

“Last season the number of young ladies who therein learned the art of swimming was most gratifying.

“During the season swimming competitions are again to take place and practical illustrations in natation will be held from time to time.”

Despite the baths proving to be a popular destination, the venture was not a hugely commercial success with the poor Scottish summers impacting on numbers.

In October 1881, just over two years after the pool first opened, a storm was to destroy the baths.

A report in The Scotsman two days later said : “The result of the sinking of the Clyde Floating Swimming Bath, west of Fort Matilda, is that it has now become a total wreck.

“It is now completely sunk under water. The force of the gale is breaking it up and parts of the wood work and other portions of the structure have been washed out of it and strewn along the beach.

“All the bathing apparatus, a large quantity of ladies clothing and the goods in the refreshment room have all been lost.”