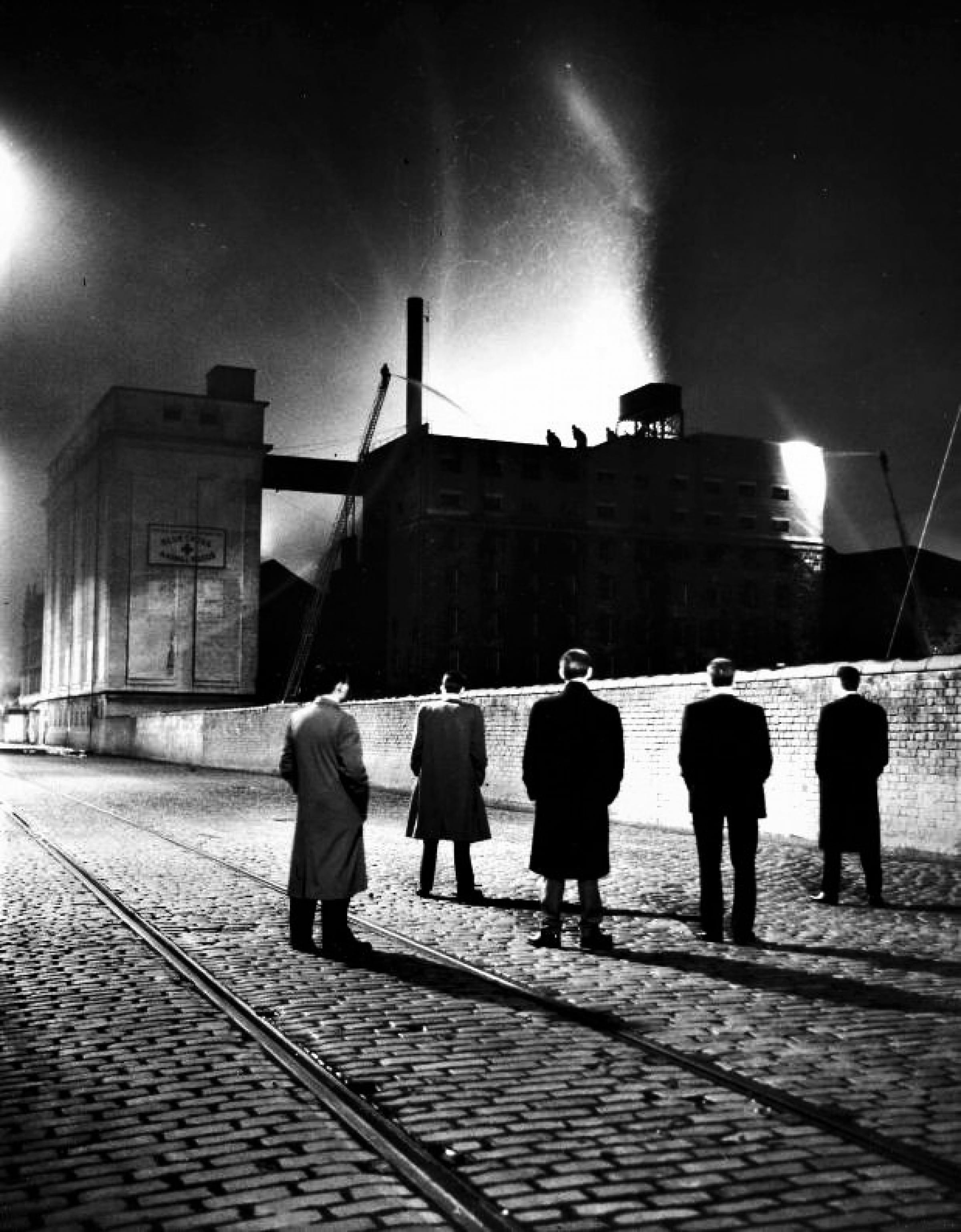 Sometimes, an image, much like the guys in this pic might, just jumps out and grabs you by the lapels.

Looking more like a scene from a Swinging Sixties gangster flick than downtown Glasgow, this was the scene by the Clyde in 1957, when the Riverside Mills, in Shearer Street, caught fire.

The powerful, dockside arc lamps, as well as the firefighters' powerful spotlights illuminate the scene like a stage set.

Look closely, and you'll spy the brave firefighters atop their ladders, and running across the rooftop.

The mills sat just to the west of the southern leg of the Kingston Bridge, with the site now providing parking for Springfield Quay.