Flour power on the Kelvin

Oct 2444
The site of one of the old mills, below Belmont Street, with the magnificent crown spire of Kelvinbridge Parish Church. 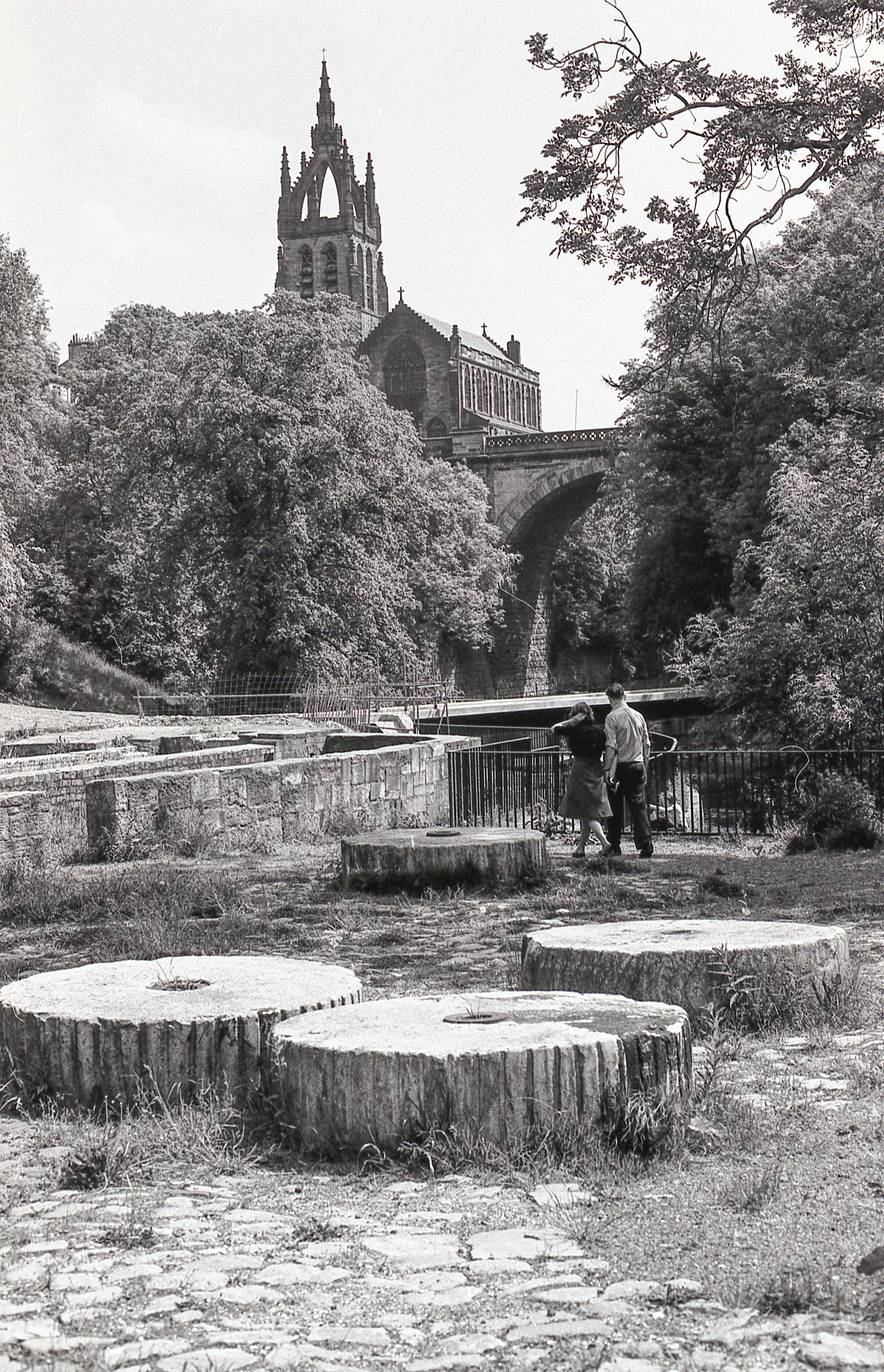 We're off for a final photographic wander through the summer of 1978 with our friend Jos Treen, and this time we're enjoying some capers by the Kelvin.

We sometimes forget what an important river it is/was, but its mills have helped feed everyone, from the army that defeated Mary Queen of Scots, at Langside, to the armies of Partick and Glasgow men and women who built the great ships, and our great city. The mills also made paper, and ground flint and snuff.

As Robert Alison records in The Anecdotage of Glasgow (1892):

"A little way above its meeting with the Clyde, the river Kelvin rushes dinsomely over a rocky bottom, and is in several places dammed up by artificial barriers for the service of the extensive Corporation Mills. The channel also is here spanned by a time-honoured bridge, which commands a picturesque prospect of the more ancient portion of the old-fashioned town, many of the houses around being evidently of no recent date.

The Mills of Partick, as is generally known, have for many years belonged to the Incorporation of Bakers in our city, to whom they were granted by the Regent Murray, after the victory of Langside. It is said the Glasgow baxters of that day, besides supplying his army with bread while it continued in the neighbourhood, actually sent an armed deputation of their number to assist the Regent in his encounter with the Queen’s forces. This party, it seems, did good service on the occasion, and materially aided in the overthrow of the unfortunate Queen’s adherents.

On his return to the city after this decisive battle, Murray publicly expressed his gratitude to the bakers for the important services which they had rendered; upon which Matthew Fawside, the Deacon, who seems to have estimated properly the value of mere word gratitude, shrewdly seized the golden opportunity, and humbly suggested that a gift of the Crown mills at Pertigue, by way of acknowledgment, would be highly acceptable to the Incorporation.

The Regent, who was naturally in high spirits at the time, acceded to the opportune request, and granted the mills to the sturdy craftsmen, in whose hands they continued to grow and flourish. The establishments went on gradually extending their productive powers, as the wants of the community increased, until they became of the most stately dimensions."

In the days when Partick was still a good walk from Glasgow, it was the weekend haunt of the Partick Duck Club, formed in 1810, wealthy men who would stride out from the city to dine on the ducks from the river, fattened by the spilt flour from the many mills.

One of their number was such a glutton that his pals wrote a rhyme about him, saying:

"The ducks of Partick quake with fear, crying 'Lord preserve us, here's McTear'."

Today, the Partick Duck Club name lives on in the restaurant of the same name, in Hyndland Street.