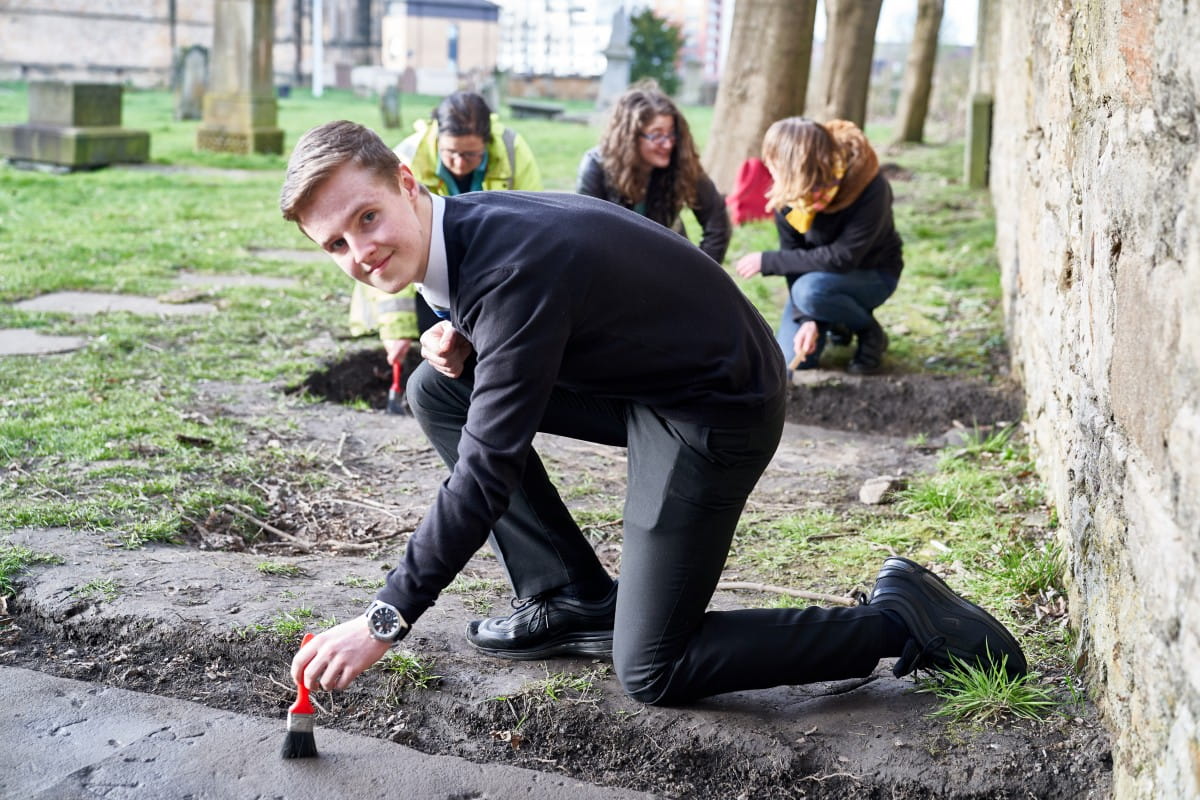 Mar 29240
Mark with members of the dig team. toshiepix 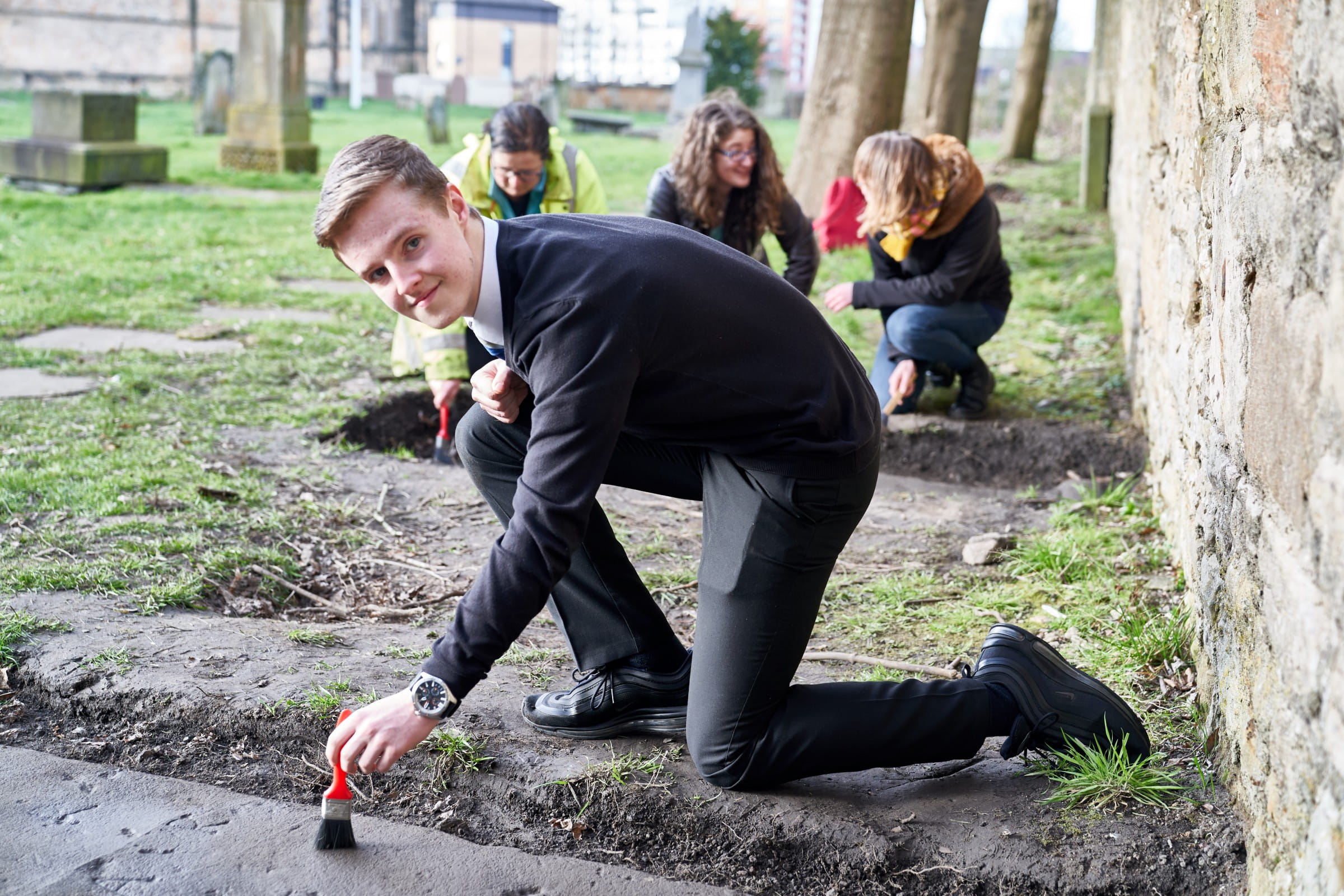 I've been keeping a secret, and it's been driving me mad, so I'm glad I can now share it.

Late last week I got a call from my pal Ingrid, at Northlight Heritage, who has been running a community acheological dig in the grounds of Govan Old Church - home to the Viking and early Medieval Govan Stones.

When I'd last spoken to the team, they'd found hee-haw, nadda, nothing, not a sausage.

This time was different - they'd rediscovered the 'lost' Govan Stones - the 15 ancient stones which were thought lost when the next door Harland & Wolff shipyard was demolished in 1973. It was long-feared that the priceless relics had been mistaken for building rubble, and taken away as landfill.

The brilliant news is they were there all the time, just waiting to be found.

The young Indiana Jones who made the discovery was 14-year-old volunteer Mark McGettigan, who was on his first day at the dig.

His mum had spotted an ad for volunteers, and, knowing Mark's interest in history and archeological documentaries, suggested he signed up.

The Lourdes Secondary pupil said he was "really excited" when his discovery was confirmed.

The Northlight Heritage dig team had been using probes at the edge of the cemetery where they thought the stones might have been buried. After carefully probing through the topsoil, Mark hit something solid, and bingo!

Mark said: “I was just prodding the ground to see if there was anything there and suddenly it made a noise and I realised I had hit something. Myself and two of the archaeologists worked out the area of the object and started to dig it out and clean it. I wasn’t too sure at the start what it was. But then we checked with the records and we realised it was one of the lost Govan Stones. I am extremely happy, in fact I’m ecstatic at what I helped to uncover.”

Ingrid Shearer of Northlight Heritage said: “We’re delighted that our volunteers have had the opportunity to make such a significant discovery. They’ve toughed it out through rain and snow over the past few weeks and their hard work and commitment has really paid off. Govan Old is the oldest churchyard in Scotland and we hope that this find will give a boost to plans for the future.”

Last Saturday, on a freezing cold but beautiful Spring morning, I hightailed it down to Govan for a sneak peak. My heart was in my mouth as I approached the dig site, and there they were - the first time these stones have been seen in almost 50 years.

Professor Stephen Driscoll, the University of Glasgow’s Professor of Historical Archaeology, is part of The Govan Heritage Trust, which owns Govan Old Parish Church and the Govan Stones. He said: “This the most exciting discovery we have had at Govan in the last 20 years. The Govan Stones are a collection of international importance and these recovered stones reinforce the case for regarding Govan as a major early medieval centre of power."

While there is much more digging, discovery, and research to be done, it is hoped the final 15 stones will now be able to join the 36 already on display in the church.

At some point in the next month or so, I've been invited to give a Lost Glasgow talk at the church, when you can all get to share in this sensational discovery.

For more info on the Govan Stones Project, see: https://www.facebook.com/TheGovanStonesProject/