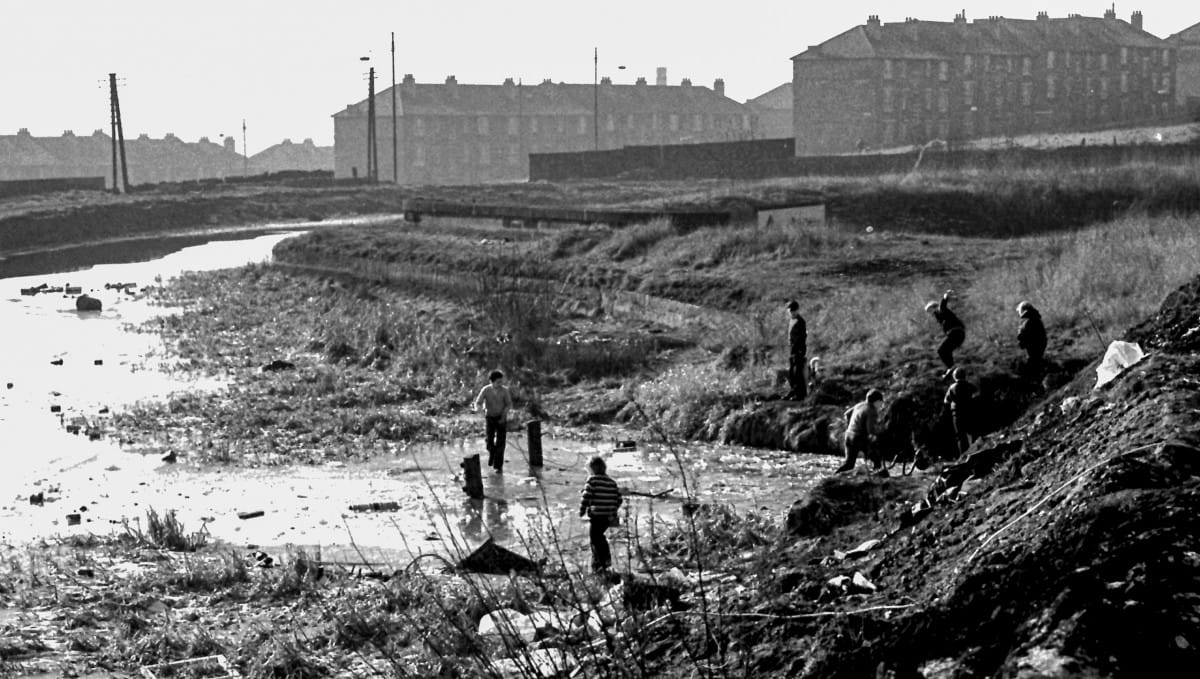 Sep 99
Skating on thin ice, at the Kelvin Dock 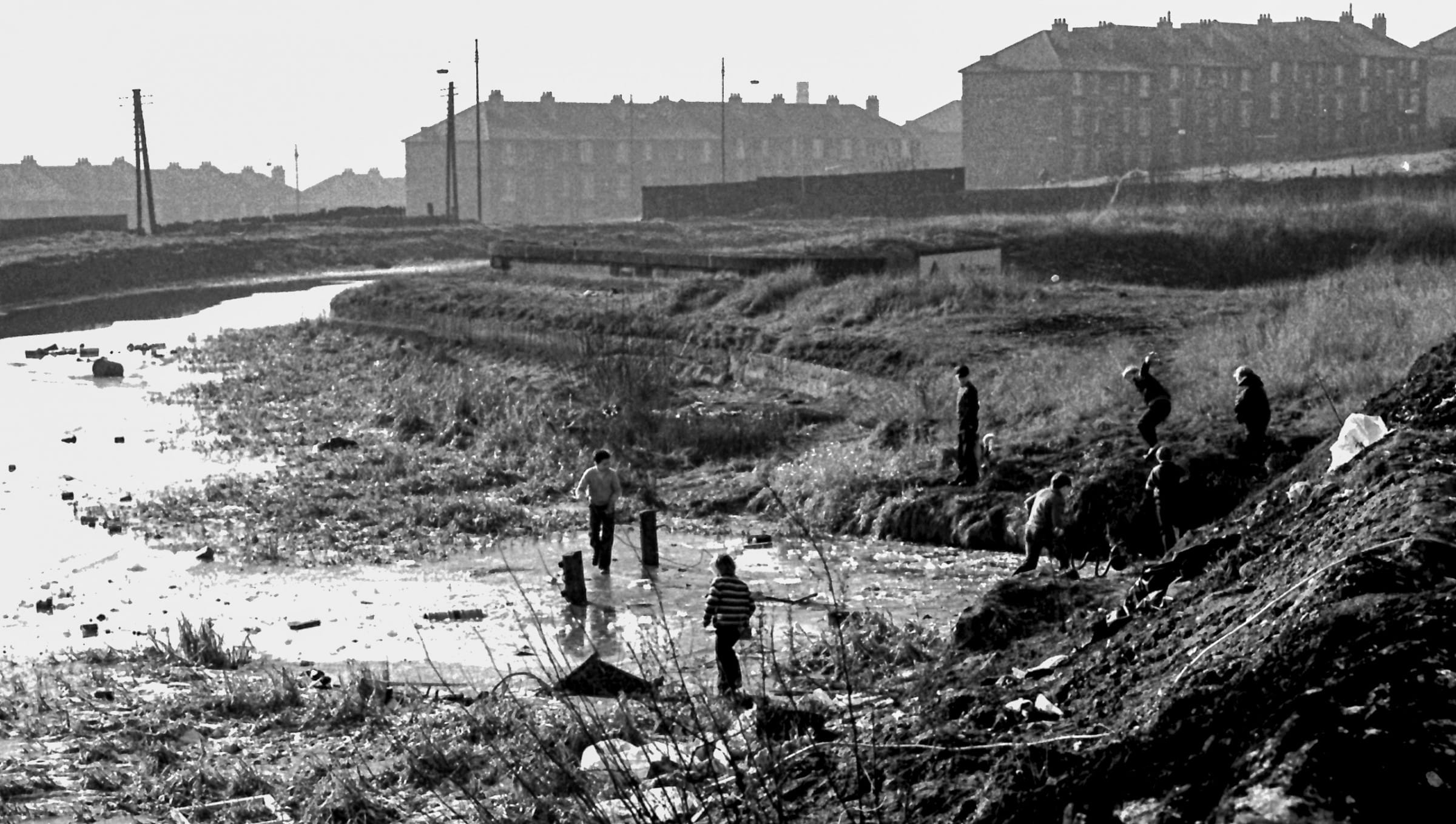 The good news is that, after tearing half the house apart, Jos has found all the negatives of the pics he shot in Glasgow, has taken delivery of a new scanner, and is about to set to scanning them all. Who knows what we'll see?

Jos says: "A shot of kids playing on the ice at Kelvin Dock. The Kelvin Dock Bar (again) different angle. A picture taken in Govan, outside the General Terminus. It's the old fading British Rail sign across a brand new advert for toy trains that caught my eye. I believe the terminus was closed in 1979. Then there is a picture down a straight road - I can't remember taking this shot and I do not recognise where it is. Maybe you will?

"Looking through the negs, I have a number of shots taken in Wm McConnell & Co Ltd. Dalmarnock Dye Works, Davidson Street. I worked there for a few months in 1978. They allowed me to take some pictures, but then I left and they have never been scanned or printed. The company closed down years ago. I think the building may still exist."

I think the mystery road is george street. The building on the left is the graham hills building as the dome in the top right is from the former linen bank building in high street