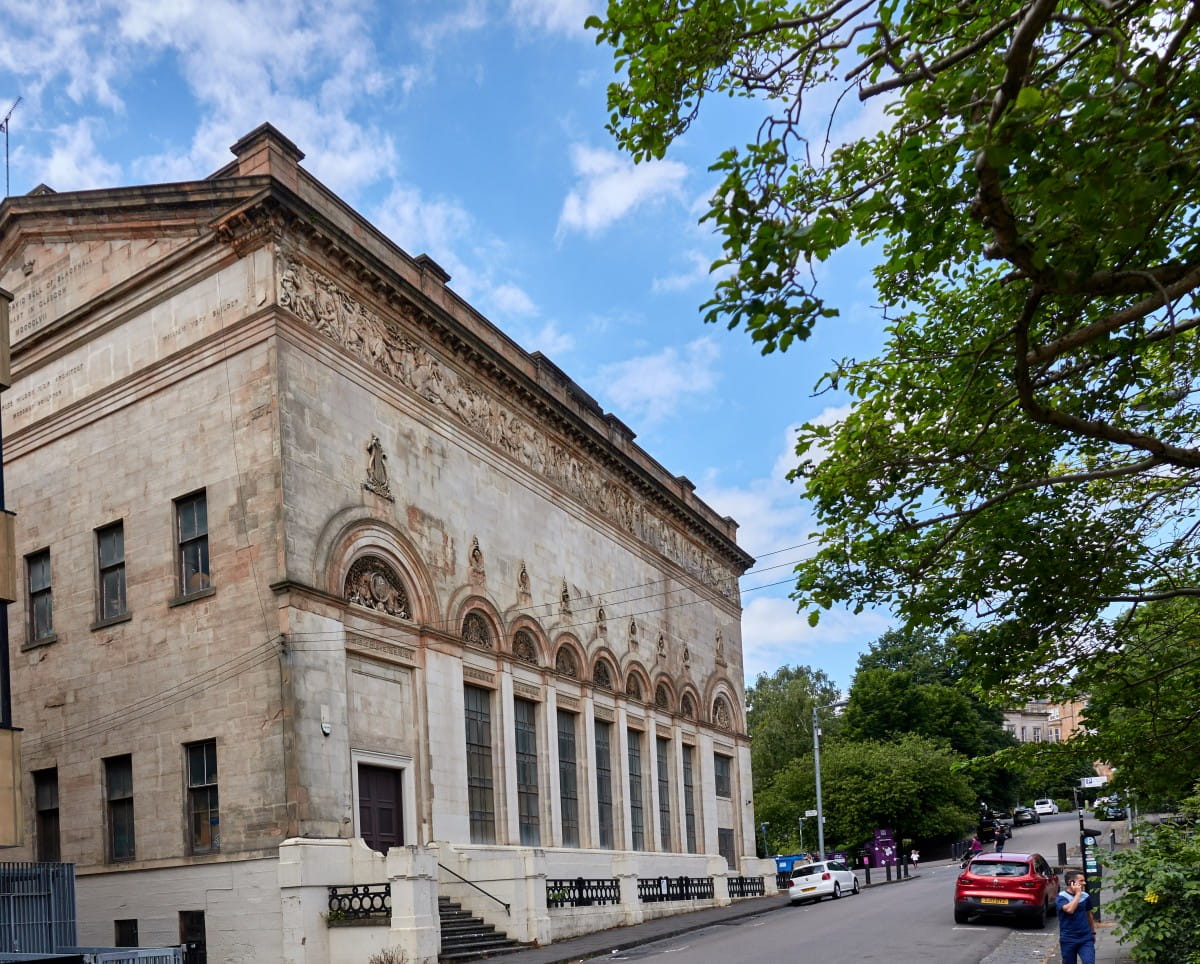 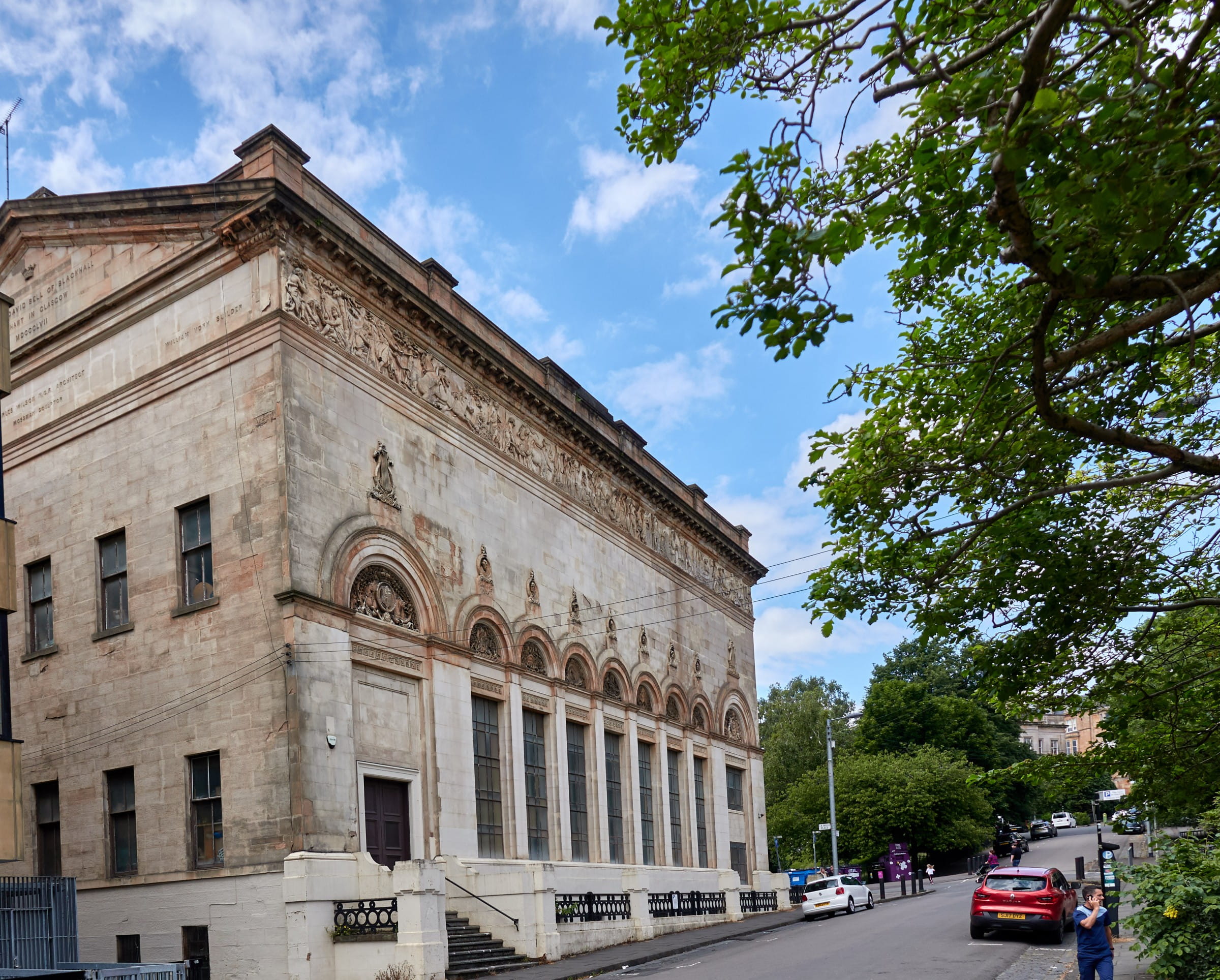 At the entrance to Kelvingrove Park nearest to Sauchiehall Street, there is an intriguing building.

It was constructed in 1857 by Charles Wilson for David Bell of Blackhall as an assembly rooms to celebrate the Arts and Sciences.

It later became First Church of Christ Scientist before its current use as a Hindu Mandir. It is listed Category A.

Situated at Clifton Street and La Belle Place, the eaves feature a sculpted frieze by the father of Glasgow sculpture John Mossman.

It depicts the sculptor along with Bell and two of his associates Hutchinson and Dalglish (major sponsors of the Glasgow School of Art), the architect Charles Wilson, and Bell’s wife taking a starring role as Minerva.