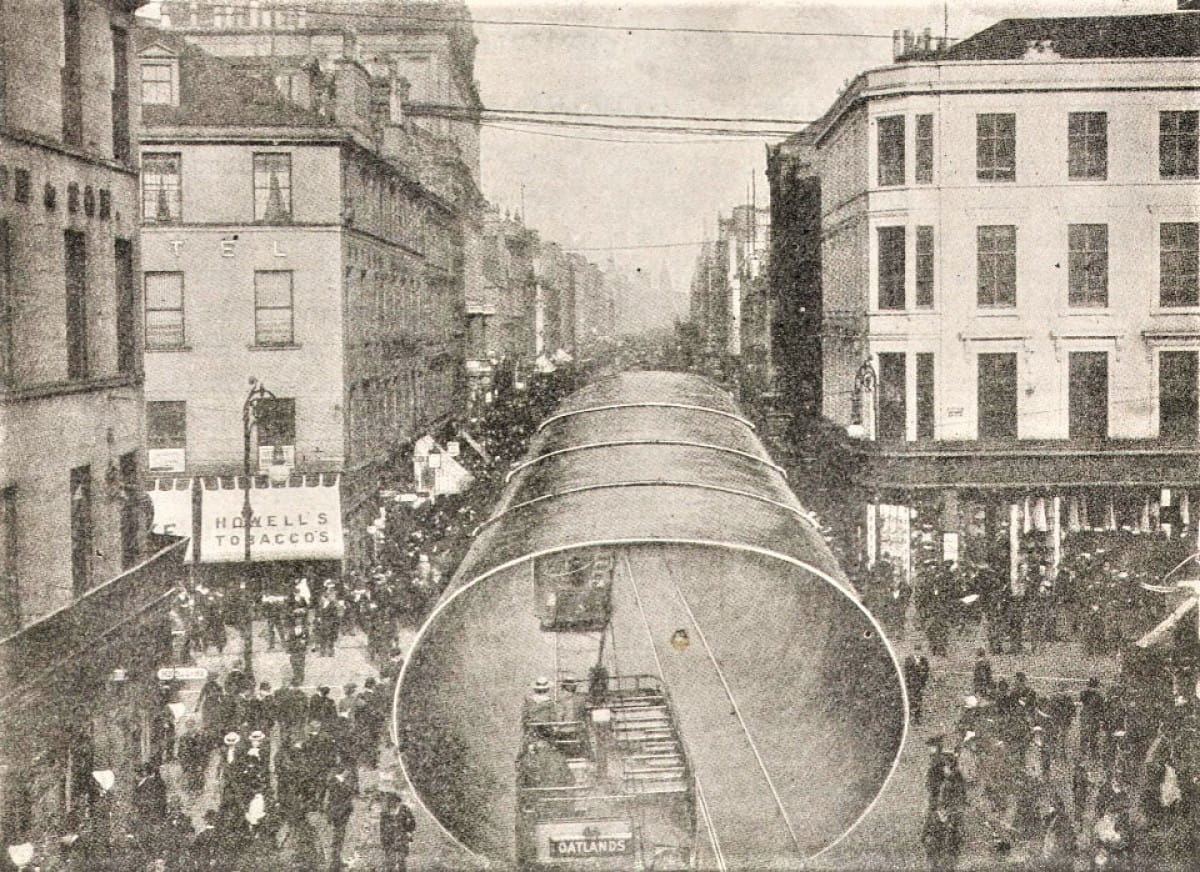 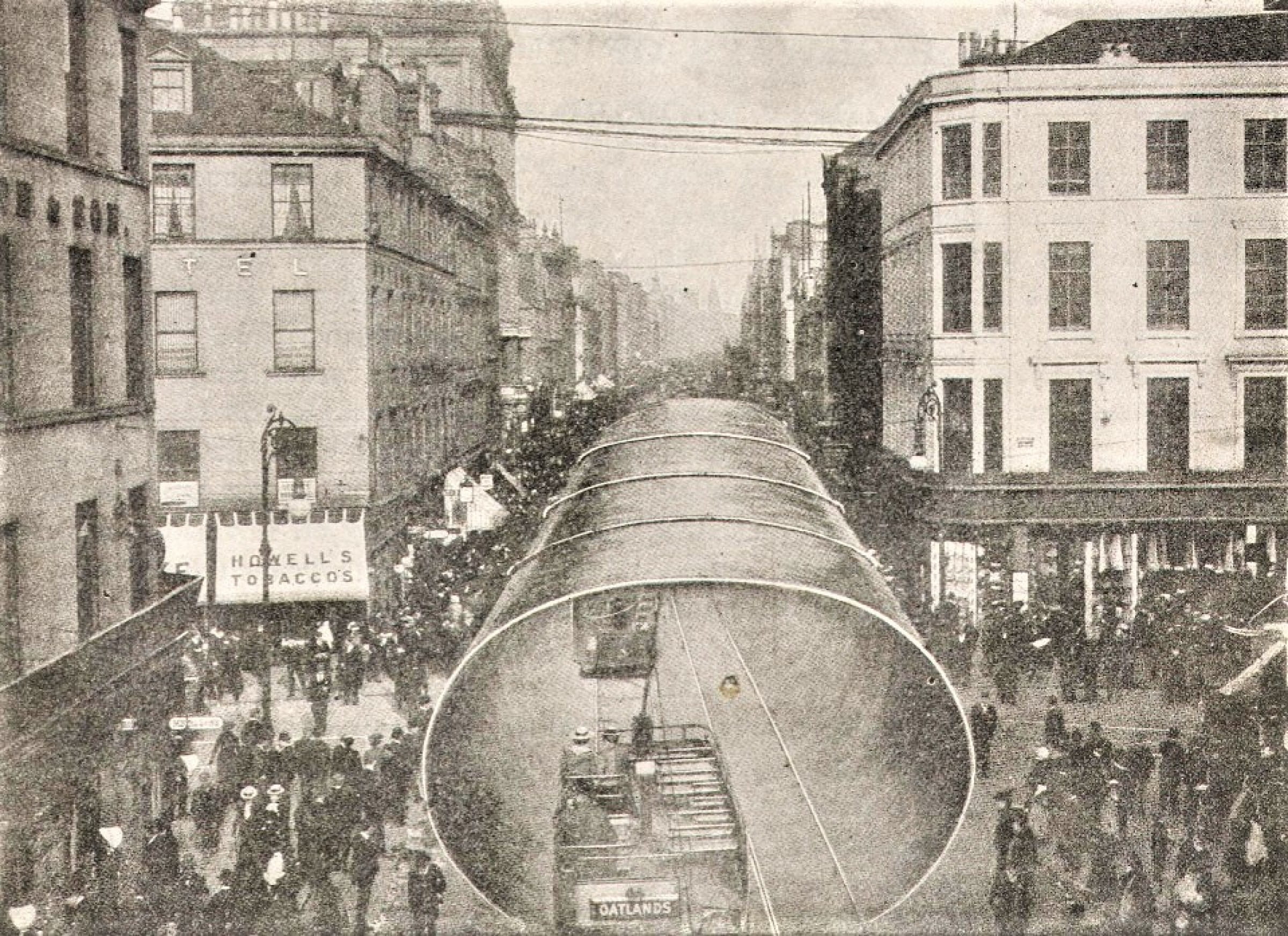 With climate change protesters from Extinction Rebellion mooring a yacht today at Glasgow Cross to highlight global warming, just imagine the tram jam this imagined scene might have caused.

In 1910, The World Reader, a book aimed at schoolchildren to educate them in the nature of agriculture, business and industry, decided to show its young readers the true size of one of the four funnels of the Clyde-built RMS Lusitania, by showing it lying lengthways in Argyle Street, with trams passing through it.

The ship, built by John Brown & Co at Clydebank, was one of the wonders of the modern maritime world.

In October 1907, on her second trans-Atlantic voyage, from New York to Liverpool, Lusitania claimed the Blue Riband, making the crossing in a record time of 4 days, 19 hours and 53 minutes.

Despite her fame, her career didn't last long, with the liner being sunk by a German U-boat on 7 May 1915, just 11 miles off the south coast of Ireland.

Eighteen minutes after the torpedo struck, the bow struck the seabed while the stern was still above the surface, and finally the ship slid beneath the waves. Of the 1,962 passengers and crew aboard Lusitania at the time of the sinking, 1,198 lost their lives.