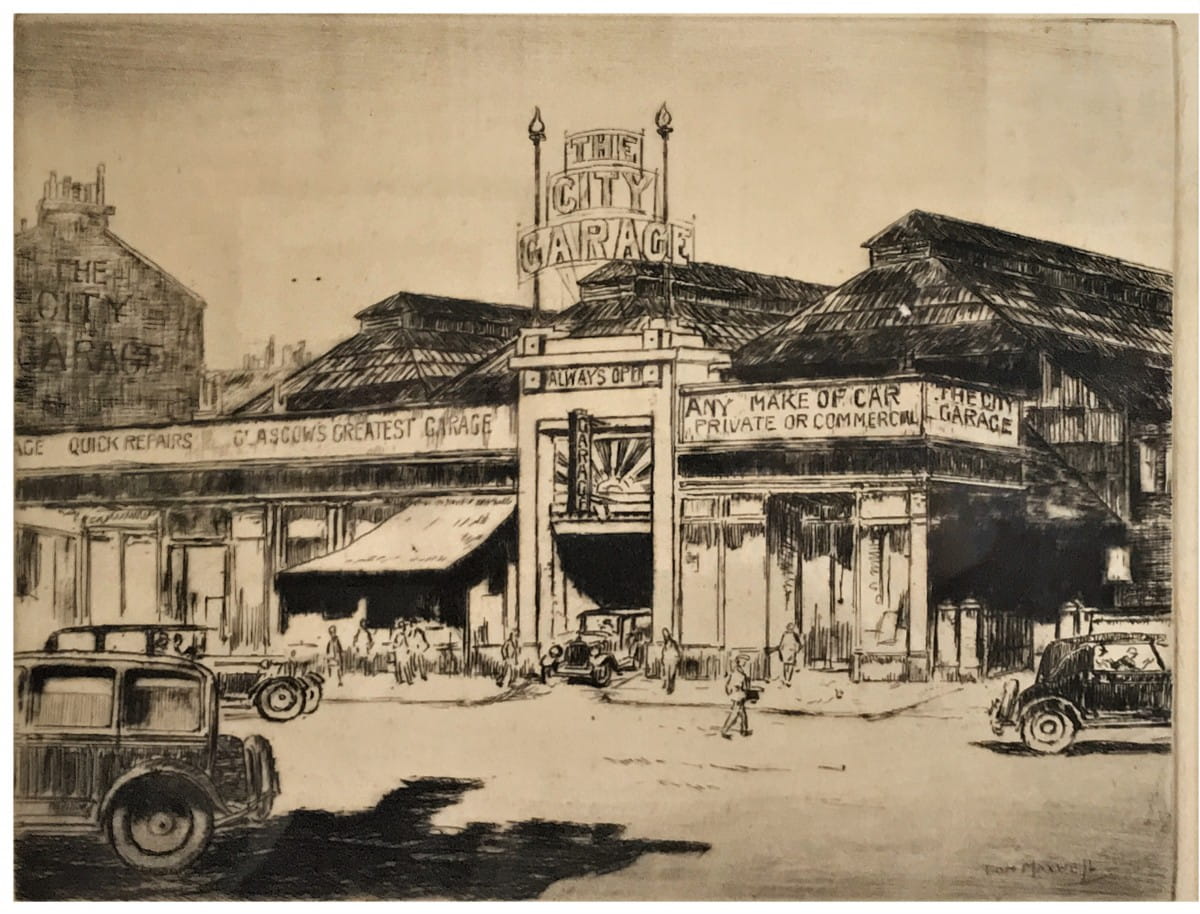 Get out and get under 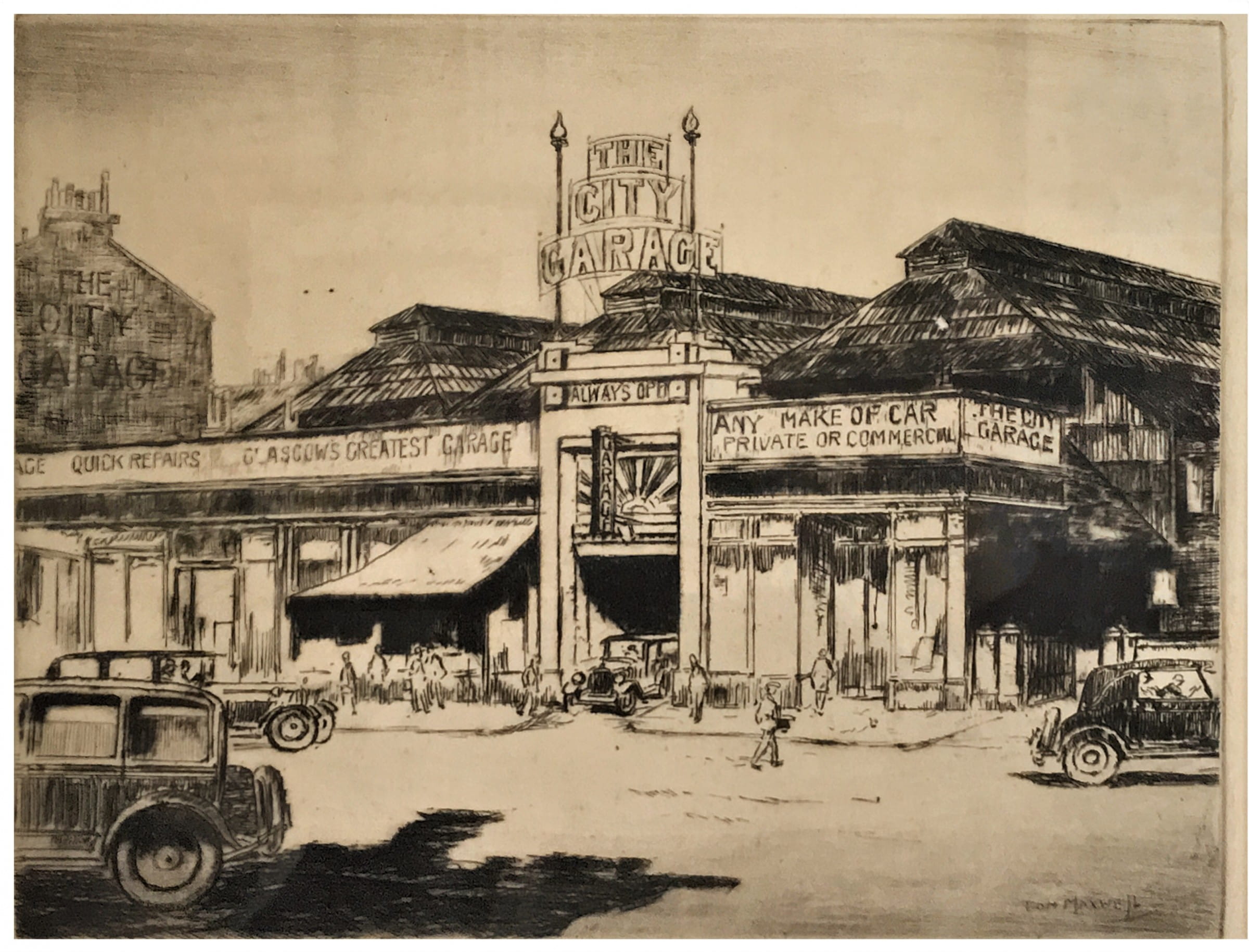 Another etching off my wall, and the first Tom Maxwell I ever bought. We're in New City Road, Cowcaddens, in the 1920s, and, if you had the cash, this was the place to get your posh jalopy* serviced and shined.

The building, I think, once formed part of Bostock and Wombwell's Glasgow Zoo and Variety Circus, where Sir Roger, the stuffed elephant in Kelvingrove Museum, lived and later met his grisly end. It also later served as a huge, all-night bakery.

Although long a favourite of mine, little is known about Maxwell's early life. He was a naturally talented draughtsman and self taught artist. He began his career doing illustrations for the Evening Times, before setting up on his own as an etcher.

He became famous for his drawings and etchings of street scenes, architecture, landscapes, and harbours.A pen pal of US-born artist and etcher James McNeill Whistler, Maxwell exhibited at the famous Connell and Sons Galleries in London and Glasgow, and in Boston, USA, as well as showing for many years at the Glasgow Institute of Fine Arts, The Walker Gallery in Liverpool, and London's Fine Art Society.

*Jalopy is a misspelling of the word 'Jalapa', the town in Mexico that is famous for the Jalapeno pepper, and was once the centre of the US junk-car-scrapping industry.