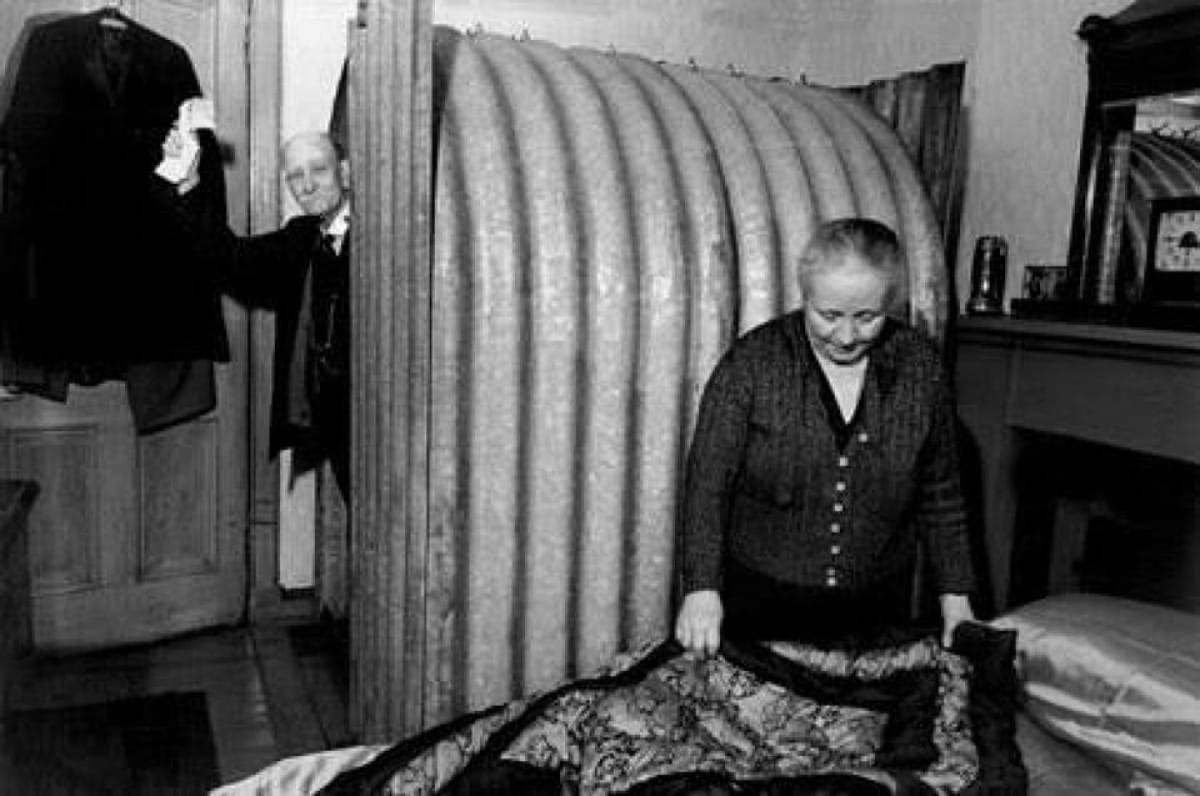 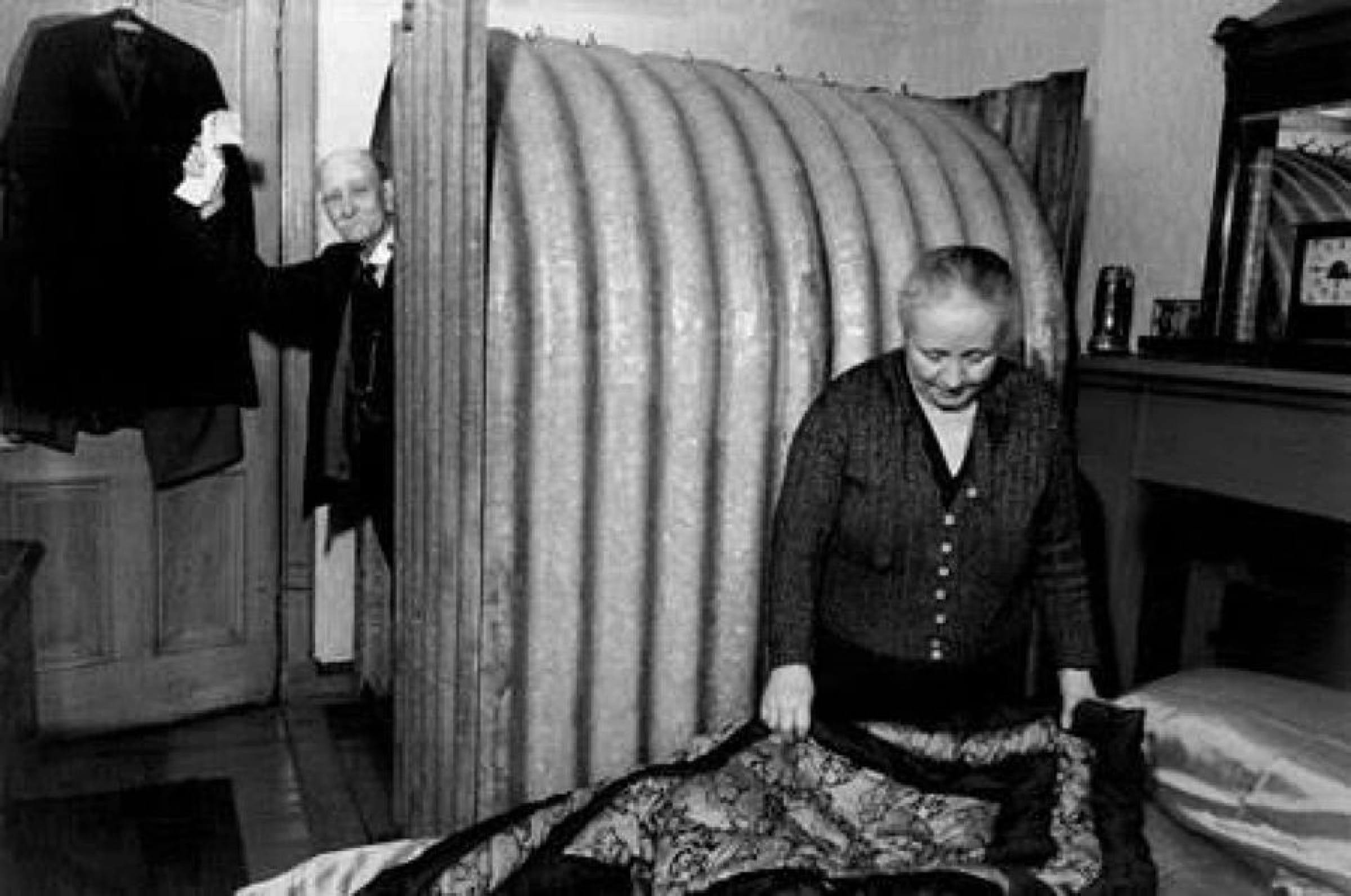 While it may look like a dungeon scene from the latest Fifty Shades of Grey film, the year is 1941 and Mr Beanland, of Springburn, has obviously misread the instructions on his Anderson Shelter, choosing to erect it in the marital bedroom.

Still, at least it appears Mr Beanland has managed to lay his hands on some bog roll.

"I have in my hand a piece of paper, guaranteeing clean arses in our time..."

While old paw Beanland looks mighty chuffed with his handiwork, Mrs Beanland, if anything, looks like she's trying to stifle a laugh.

I suspect she's thinking: 'I'd sooner catch Covid-19 than put up with another night of his snoring and farting...'

Trouble is, if her man was sleeping inside the shelter, I suspect its corrugated-iron contours would have acted as a giant soundbox, only amplifying any of his nocturnal noises!

The incredible thing is, when I first posted this picture, a few years back, one of Mr Beanland's relatives, in New York got in touch, to say she still had the original, faded, 1941 Evening Times cutting telling the story of the bedroom air-raid shelter, which had been sent to her parents.