Glam Glasgow gets its gladrags on 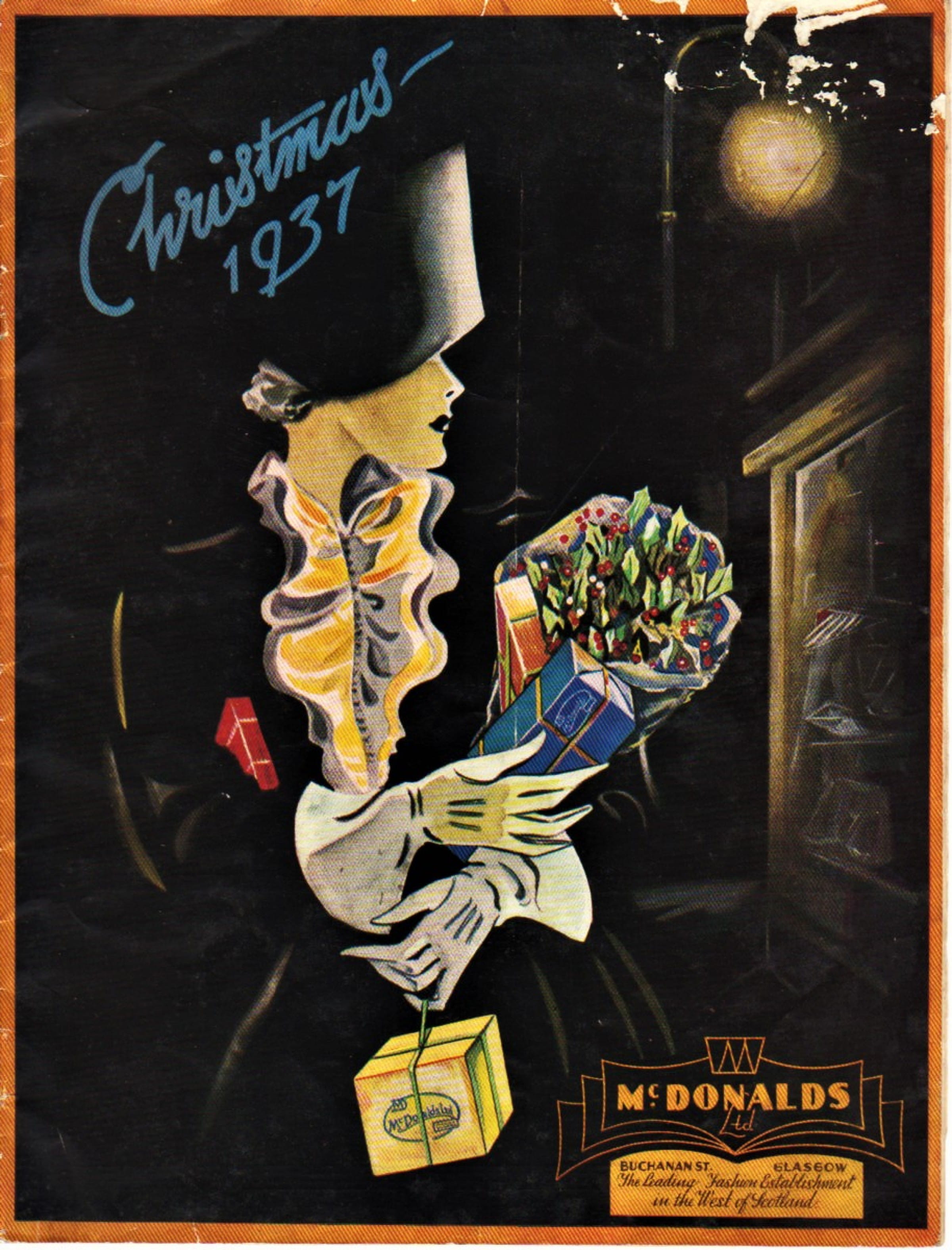 A little glimpse of a glam Glasgow Christmas, 1937-style.

McDonalds Ltd was established in 1913 when the retail section of Stewart & McDonald Ltd, general drapers and warehousemen, of Glasgow, was hived off from the larger wholesale business as a separate private limited liability company. The company had a store at 21/31 Buchanan Street, Glasgow. The store mostly sold ladies fashion although it also carried household linens and a few lines in menswear. On 25 August 1920, the company was made a public limited liability company.

In 1921, the store expanded into new premises in Argyle Street, connected to the principal showrooms by a large doorway. In 1922, it acquired Edward J. Clarke's family drapery shop in Harrogate, Yorkshire which was renamed McDonalds but was operated as a separate concern until 1937, when it was placed under the direct control of the main Glasgow store.

In 1925, the Buchanan Street property was bought outright and, in 1926, was massively extended with several new floors being added. In 1927, a restaurant, ladies' hairdressing salon, new ready-made clothing department and private arcade were opened. In 1928, a coffee lounge, men's hairdressing department, new lifts and carpet and furniture departments were added. In 1933, a new arcade and canopy was opened at the northern end of the Buchanan Street store to increase the display area.