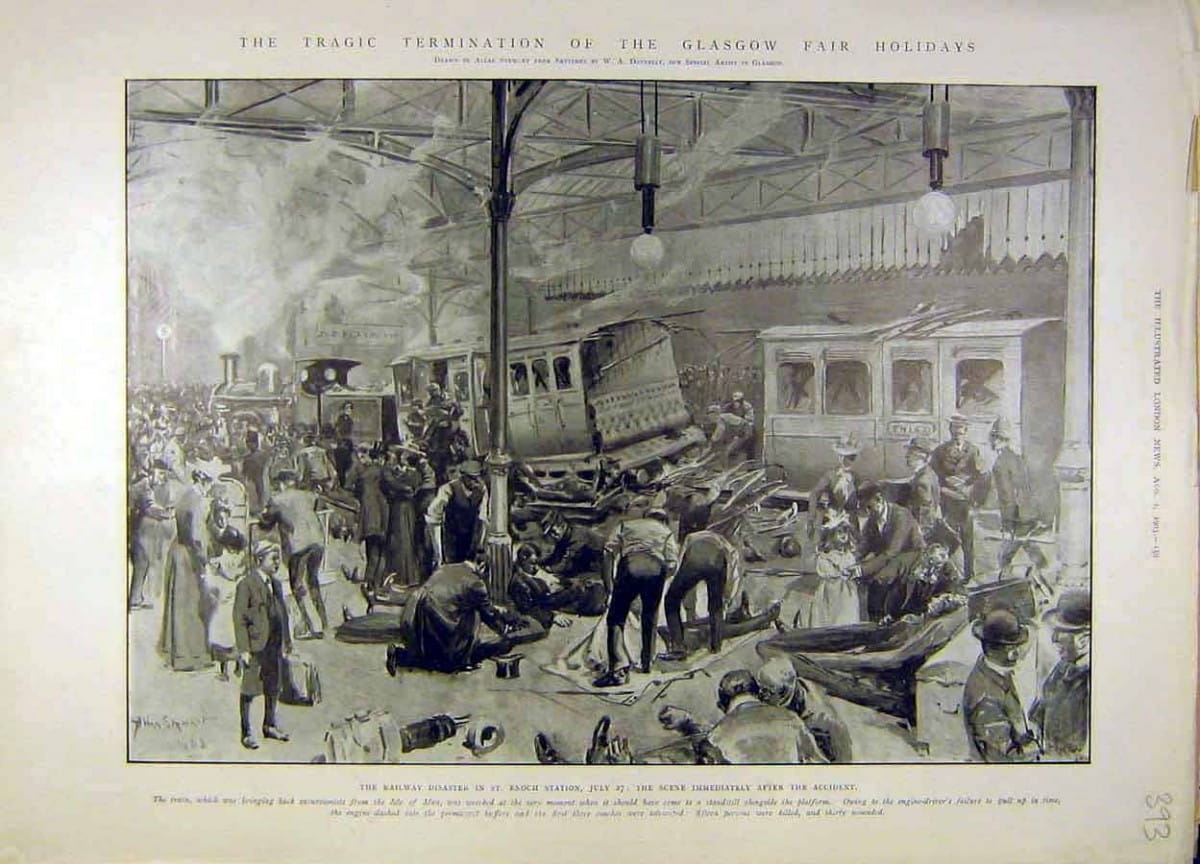 Jul 3119
The 1903 St Enoch Station disaster, as seen by the London Illustrated News 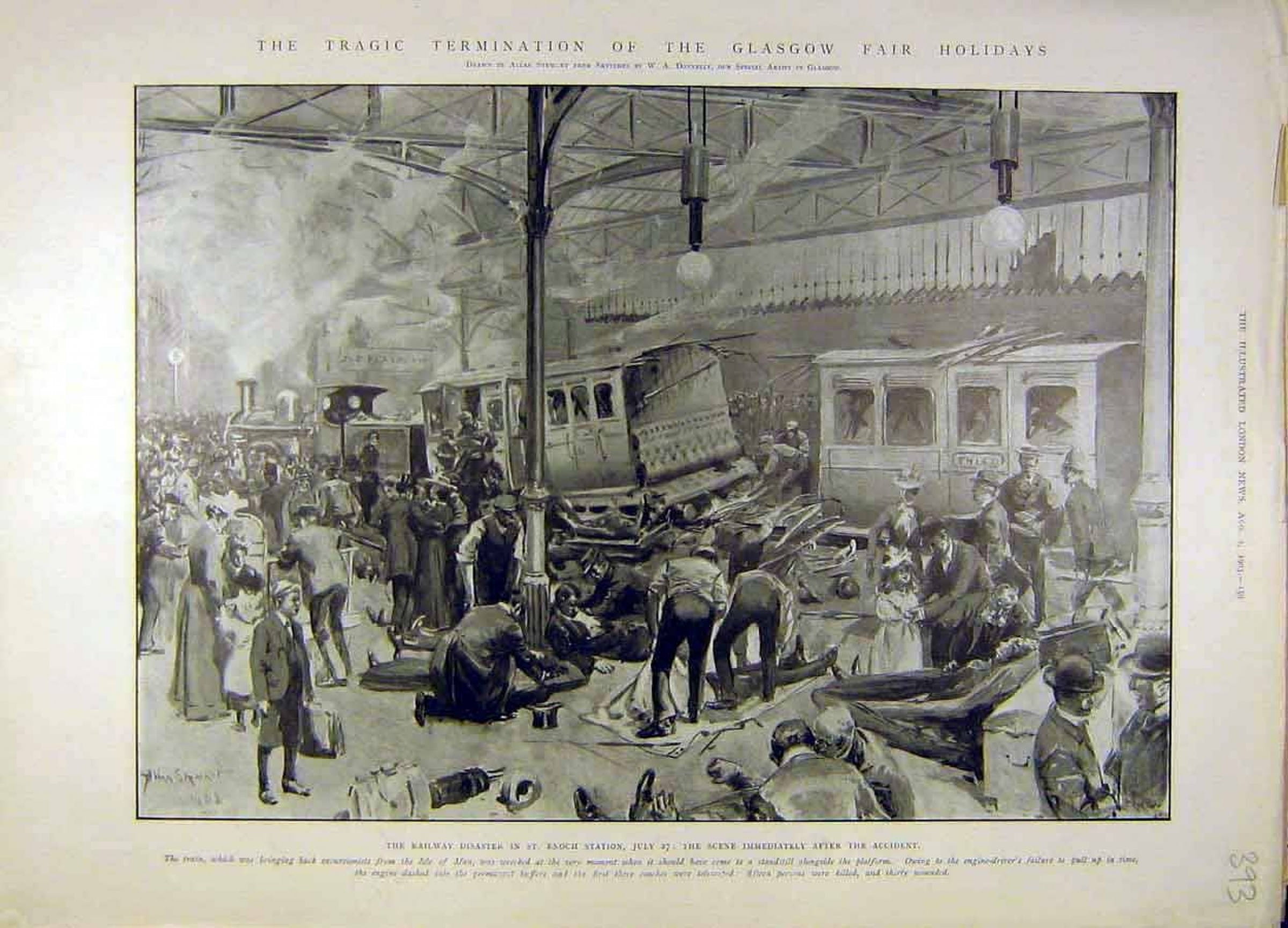 The station, having recently been rebuilt and extended, an inexperienced driver, Henry Northcote, was directed to one of the new, shorter platforms and, not realising the buffers were well short of the station canopy, was still doing 20mph when he realised his error.

Despite applying the brakes, he was too late, and the train, the 6.50am special, carrying many Glasgow Fair passengers home from Ardrossan and the islands, hit the buffers with a mighty crash, telescoping two of the wooden carriages.

Sixteen people were killed and 64 injured. This was the worst buffer stop collision on British main line railways.

Then, as now, newspapers love a good disaster, as evidenced by this illustration from the London Illustrated News.

Two of my relatives, Mirren (not Marion ) & her brother Robert were victims. They were returning from a holiday on the Isle of Man. Very sad.