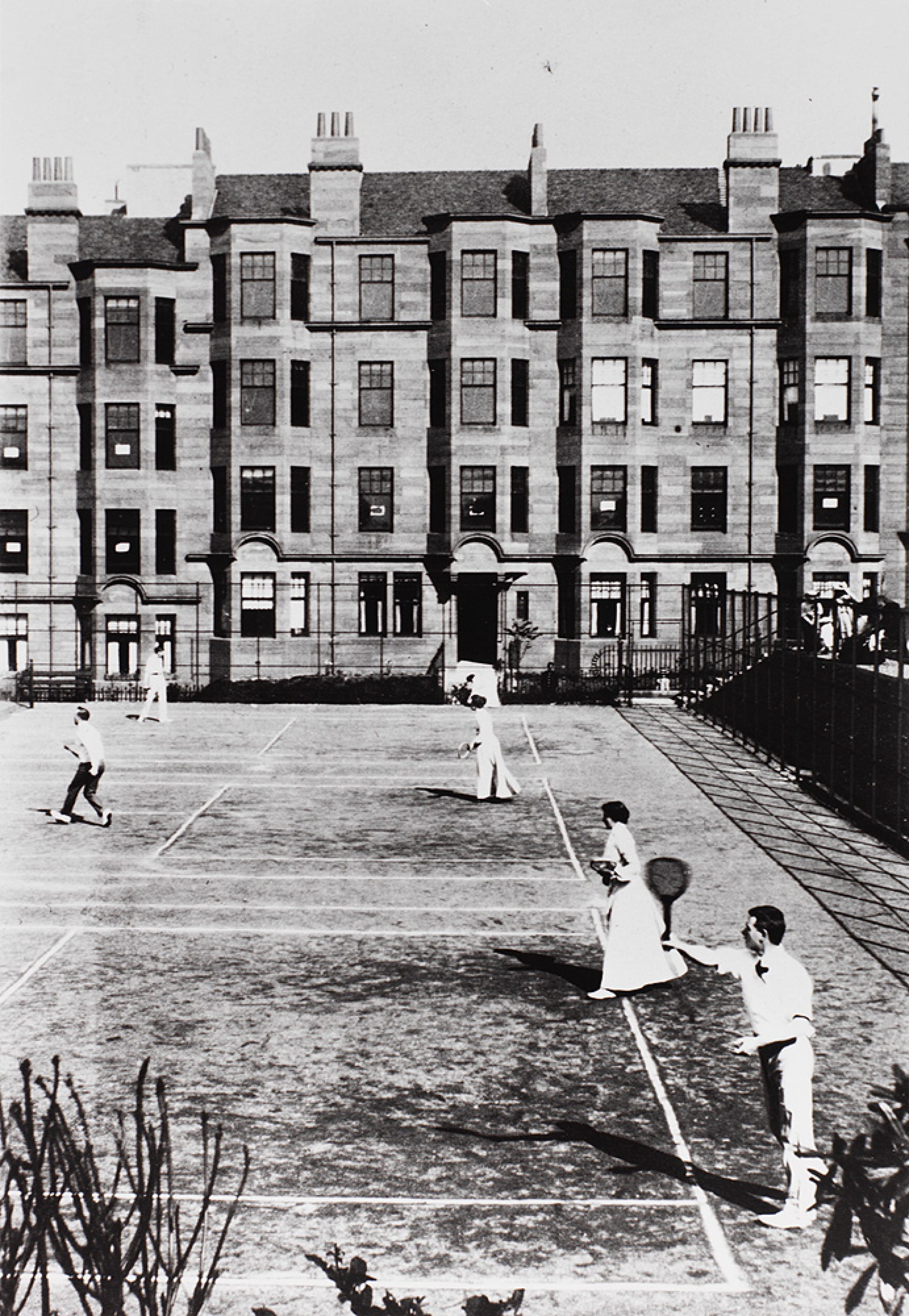 With Wimbledon about to begin, I thought I’d serve up this beauty; the tennis courts on North Gardner Street in Partickhill, c 1900.

Sports such as football, golf, cricket, bowls, and tennis became increasingly popular in Glasgow during the late 19th century. Tennis was one of the few sports in which men and women could play together and many private clubs were established, particularly in more affluent residential areas of the city.

These courts - now buried under modern flats - were a popular spot in 1900, with the thwack of ball on racquet echoing off the surrounding tenements.

In 1955 there were 129 Corporation tennis courts in Glasgow, used by around 208,000 players a year. There were also many courts owned privately by tennis clubs and other organisations.

Every year, come Wimbledon fortnight, old, wooden racquets would be dug out and removed from their presses, baggy shorts pulled on, and peely-wally legs revealed as successive generations of kids served and volleyed until it grew too dark to play.

If you are wondering what the signs in the flat windows are, they are ‘to let’ or ‘for sale’ signs, as the elegant tenements had just gone up, and what better way to get to know your new neighbours than a game of tennis?

And just think how many more champions we could produce if every talented Glasgow wean still had the opportunity to follow their dreams.