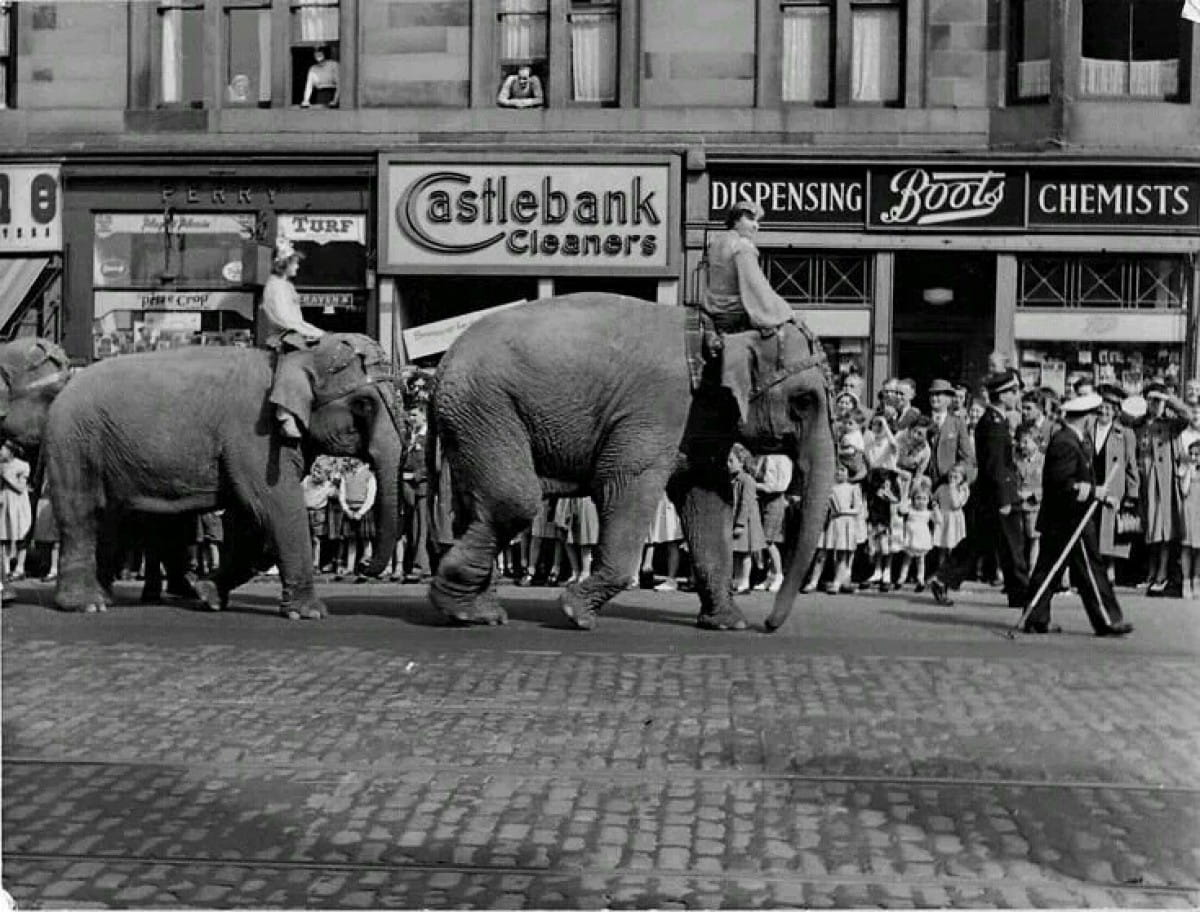 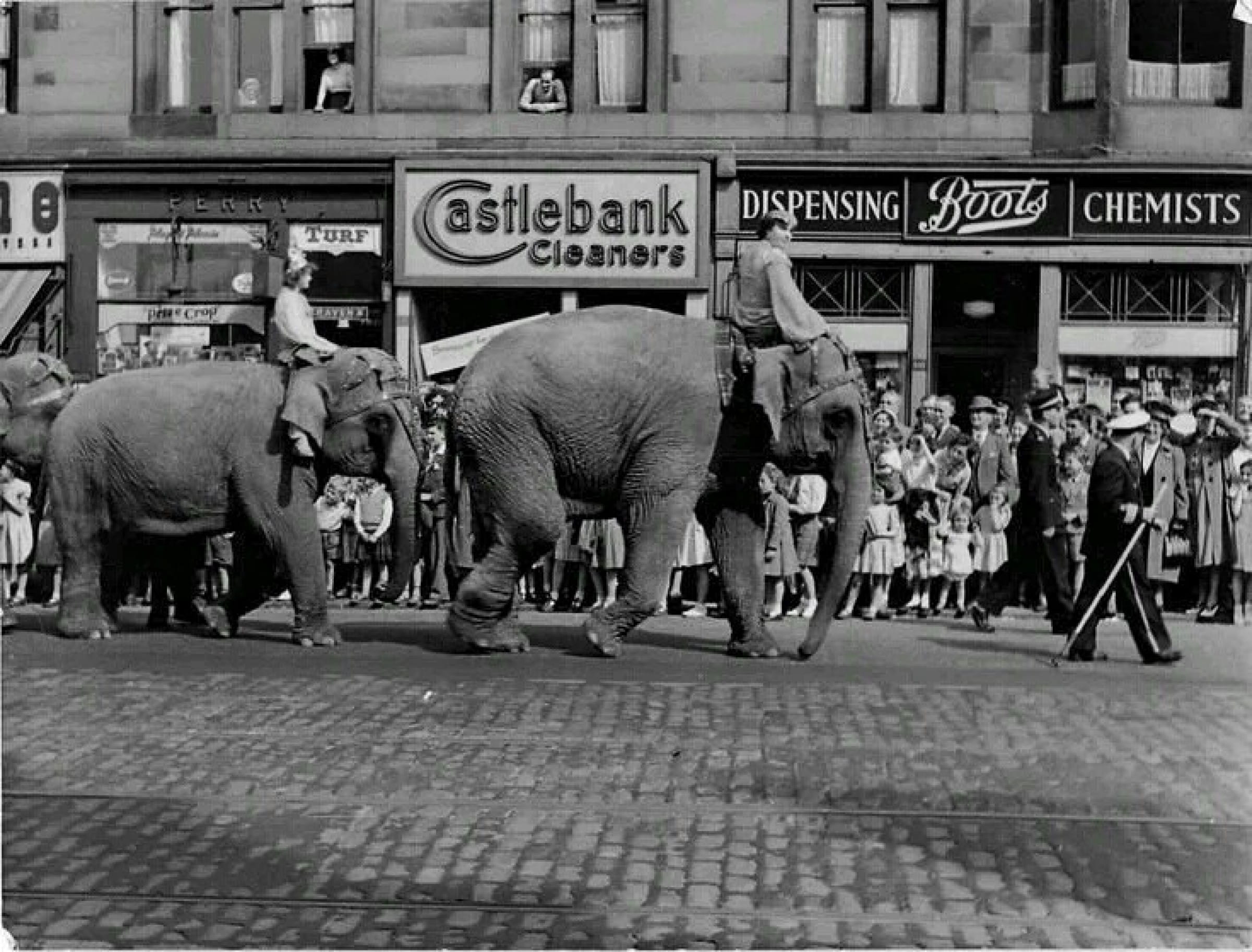 Unlike our pachyderm pals (that's heffelumps), Lost Glasgow's memory is far from perfect, which meant that I forgot that yesterday was #WorldElephantDay.

Here's an elephant parade passing down Victoria Road, in 1958, en route to perform at a circus in Queen's Park Rec.

The elephants would have arrived, by train, at the Old College Goods Yard before being paraded down the High Street, over the Clyde and out through the Gorbals to the park.

Thankfully, these days, we have a much more enlightened attitude to these wonderful, wise and endangered creatures

The curious Glasgow public first came face-to-face with an elephant in January 1681, when a 'bonnie elephant' was paraded and put on show at Glasgow Cross. The poor beast had been bought by English merchant showmen, for £2,000, and was walked around Britain as a money-raising curiosity.

From the much-loved Sir Roger, who from 1885 to 1897 toured the country with Bostock & Wombwell's Menagerie, often pulling a small wagon from town to town, elephants have always had a special place in our hearts, although we have not always treated them well. In May 1897 Sir Roger took up residence in the Scottish Zoo in New City Road, Cowcaddens, owned by E.H Bostock where he lived until October 1900.

When Roger, poor boy, hit puberty, got the horn, went into mustht, and injured his keeper. Quick, said Mr Bostock, the hefelump's gone mad, call the soldiers from Maryhill Barracks, which they did, and shot the poor boy, while he was still eating his breakfast.

His corpse was taken to a taxidermist in Sauchiehall Street, where he was recreated in all in his glory, in the back shop. Sadly, having sold the stuffed beast to Glasgow Museums, the owner of said establishment hadn't done his sums, and had to remove the whole front of his shop to get said pachyderm off the premises, who was carried in state, followed by gangs of cheering small boys, to the then new Kelvingrove museum.

All I can say is, 'mon the heffelumps!