Nov 693
Come along to my subterranean lair. Come along, it's right down there... 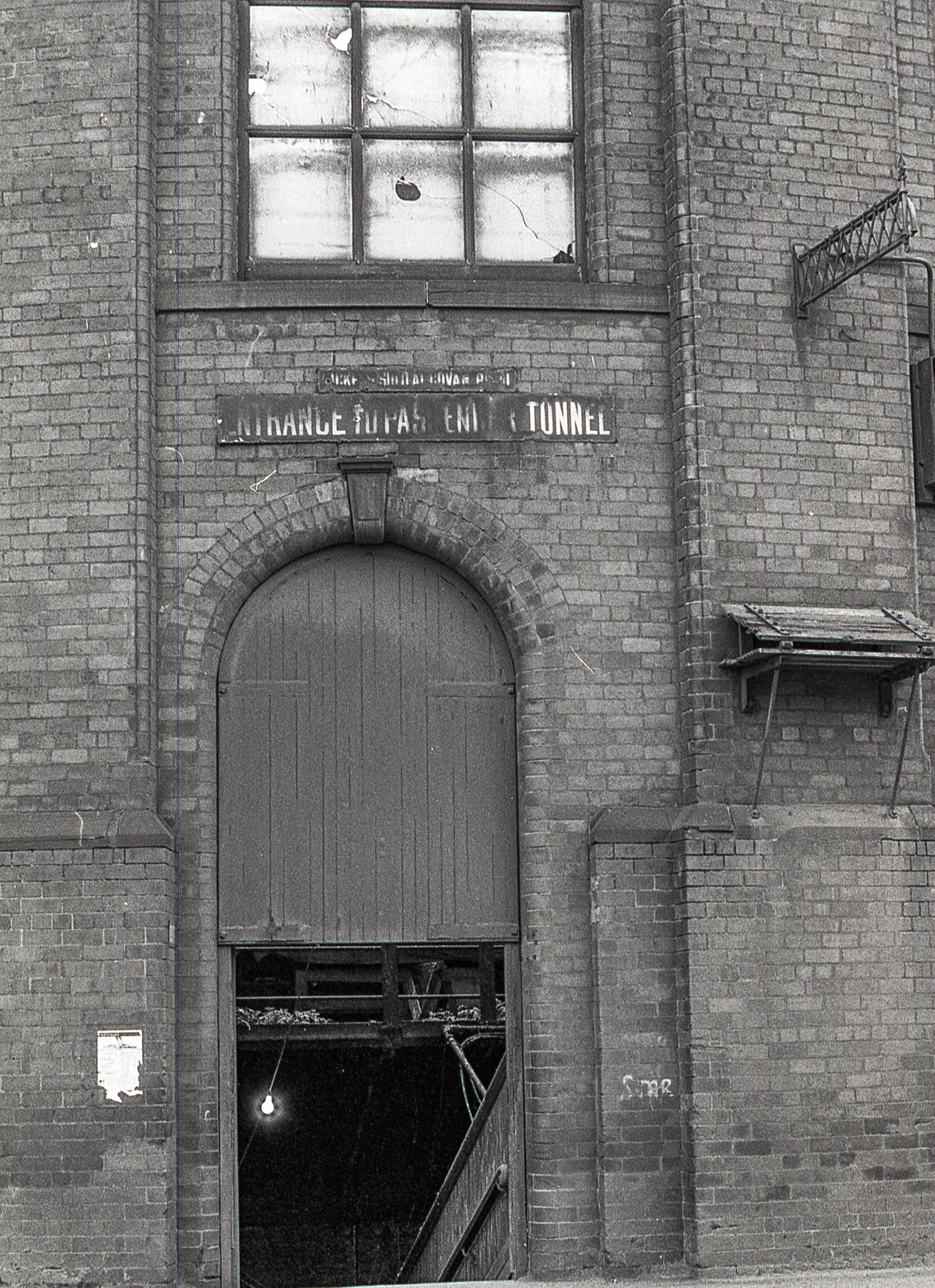 Our photographer friend Jos Treen has been back digging through and scanning his 1978 negatives, to bring you a glimpse of the North Rotunda of the old Clyde Harbour Tunnel, before it was restored and converted.

1978 would be around the last time I walked through the tunnel, a spooky experience at the best of times, made even worse when your older brother and pals kept trying to put the wind up you!

Designed by Simpson and Wilson, and built between 1890 and 1896 by Glasgow Tunnel Company, the Rotundas covered 24-metre (79 ft) deep shafts to three tunnels which enabled vehicular and pedestrian access beneath the river.

Pedestrians, horses and carts - and later motor vehicles - would be hauled up and down by giant hydraulic lifts provided by Otis Elevator Company of New York.

The tunnels were an expensive venture to run and were passed to the council to run as a service in 1926.

During the Second World War, the tunnels were temporarily closed because all the metal from the lifts was removed to contribute to the war effort.

The increased costs of running the tunnels, which were prone to damp, and the increase of motor cars on the roads led to the closure of the pedestrian tunnel in 1980, and the vehicular tunnels being filled in 1986. Though the pedestrian tunnel still exists, it is capped, and closed to the public. The only folk allowed down are Scottish Water engineers, who periodically have to inspect the giant ring main which carries fresh water to the south side of the city.

Originally, three-storey red and white brick towers stood alongside the Rotundas, containing the hydraulic accumulators that powered the lifts, but these have been demolished.

The North Rotunda is currently in use as a restaurant while the South has recently been restored and redeveloped as an office for a local shipping and marine engineering company Malin Group.

The two Rotundas are category B listed.

If you skip to about the 9min 20sec point in this wonderful 1935 silent film, 'Glasgow Gets To Work', you can see the tunnels in actions, with cars disappearing down on the lifts into the subterranean depths.