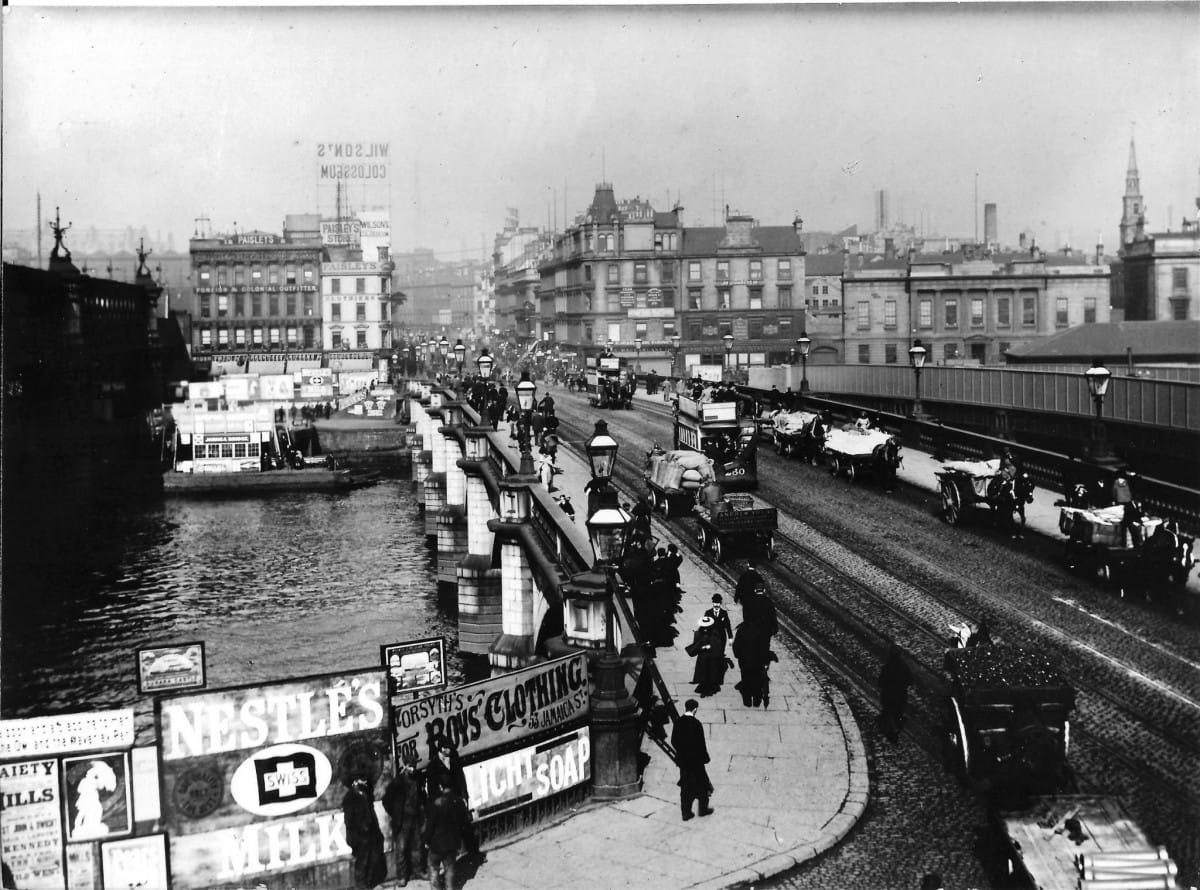 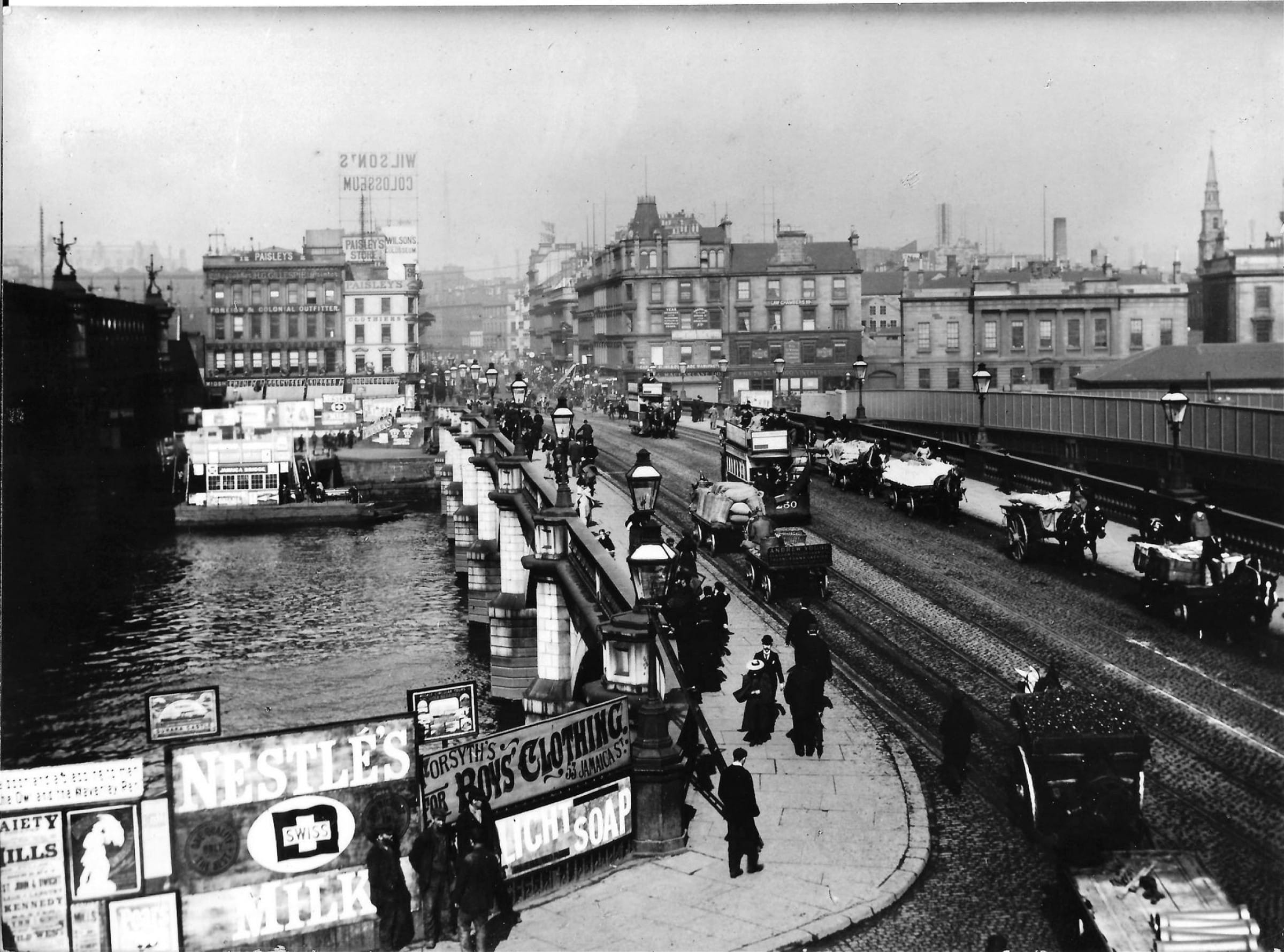 A classic Annan Studio image, showing Thomas Telford's original Glasgow Bridge before it was widened to accommodate the increasing traffic to and from Glasgow's rapidly expanding Southside - you can spy the temporary bridge which was put in place to the right.

We're still in the days of horse-trams, so there's no overhead wires, but the consumer society has arrived, with big brands beginning to advertise their wares. I also love the fact that, on this side of the bridge, we have a 'leerie', up his wee ladder, attending to a gas lamp.

As a Wilson, more fascinating to me is the huge, reversed, sign on the skyline, advertising Wilson's Colosseum.

Established by Gorbals boy Walter Wilson (1849-1917) - sadly no relation! - the store was a world away from your usual, stuffy Glasgow shops. Originally a hat-maker, Wilson sold his myriad wares at wholesale prices. An aerly adopter of newspaper advertising, he was also one of the first people in the city to screen moving pictures - in his store - staging a show at the Colosseum as early as 1896.

He was also an early pioneer of the internal combustion engine, bringing and selling some of the first cars to be seen in Glasgow.

Such was his success that before long he could boast stores in London, Edinburgh, Paris, Berlin and Vienna.

With such success came great wealth, but Walter didn't forget his humble upbringing, and was happy to share his good fortune with his fellow Glaswegians.

In 1887, for Queen Victoria's Golden Jubilee, he chartered a fleet of steamers to take 20,000 of Glasgow's poorest children on a trip 'doon the watter' to Rothesay.

And he didn't stop there; he later hosted a summer party on Glasgow Green, complete with food, fairground and hot-air balloon rides, for 40,000 city children.

Following Walter's death, the Jamaica Street emporium was bought over, first by Dallas's, then by Fraser's, before eventually becoming part of their neighbouring Paisley's department store.

Today, Jury's Hotel occupies much of the former site.