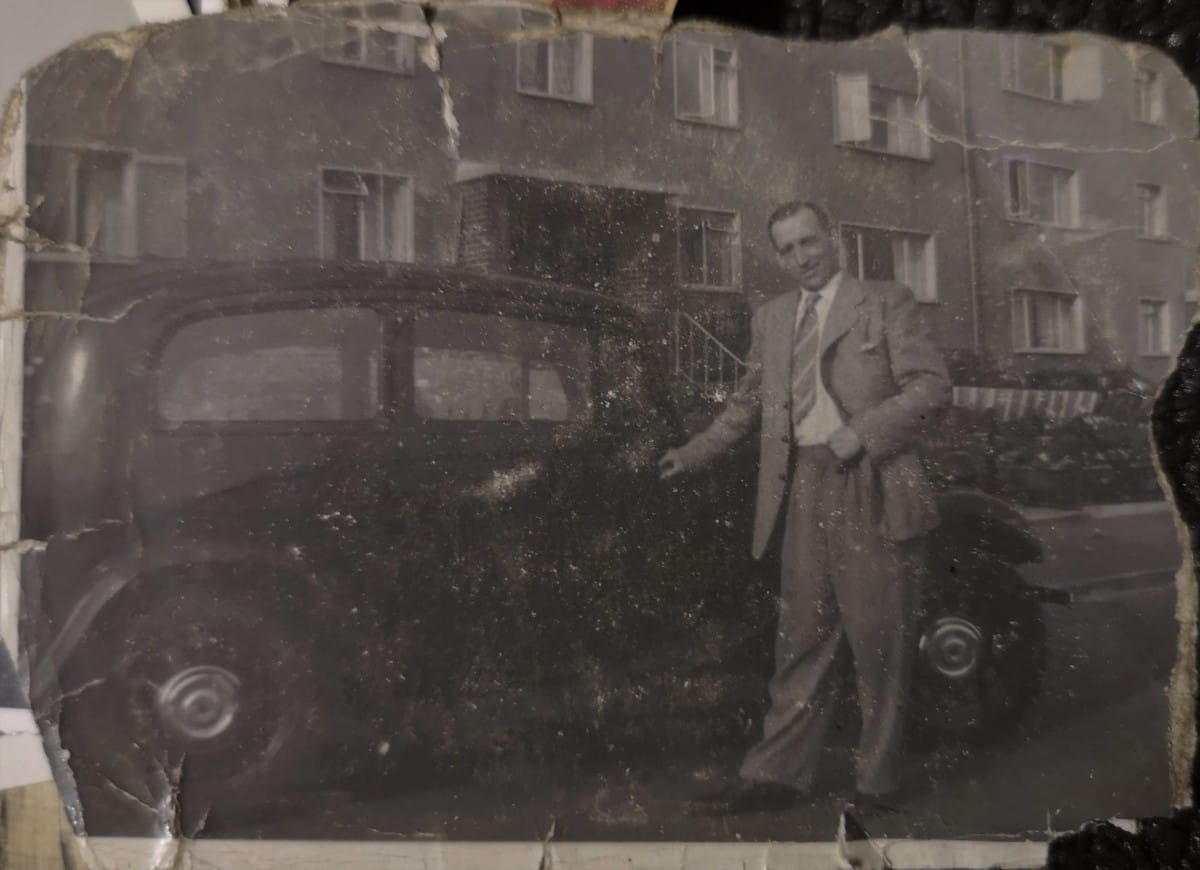 Jan 3011
Duncan Spiers with his pride and joy 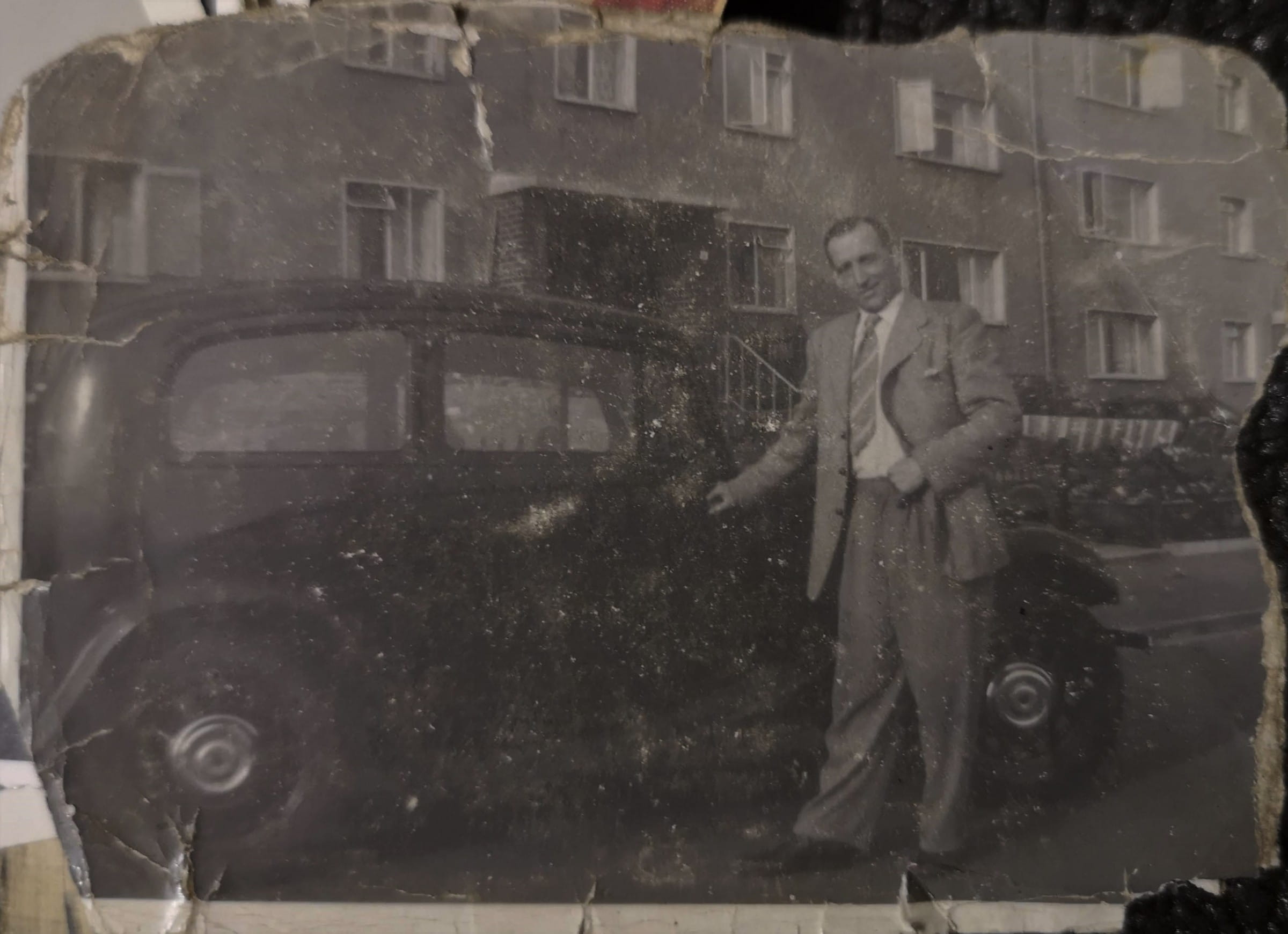 A lovely Friday story submission from site follower Paul Climie, who tells us a tale of his glamorous grandad.

Paul writes: "Your photographs of the cars with L plates reminded me of my grandad, Duncan Spiers, who was also driving before the test became compulsory, so never had to sit one. He had a lifelong love of his cars, and would often be tinkering with them, usually touching up bits of rust as far as I remember.

"Duncan was born on Burns Day in 1909, so 111 years ago this week. I think it is fair to say that all through his life he enjoyed looking quite dapper. The first picture I have attached is of him standing proudly beside one of his cars, after he and his family had been moved from the Gorbals in the 1960s to their new home in Drumchapel.

"He was born in Sandyfaulds Street in Hutchesontown, and went to the local primary school. In the class photo I have attached, which must be about 1917-18 - as he looks about 8 or 9 in it - he is towards the right with his hair slicked back - a style that he stuck with all his days.

"The variety of clothes the children are wearing is fascinating, and the wee boy on the left doesn't have any shoes on.

"Duncan worked his whole life as a joiner and there is a photo here of him and his workmates at their yard on Rutherglen Road. Always dressing like his cinema heroes, he is the one in the middle with a tie on and a cigarette casually hanging at the corner of his mouth in the work photo.

"The names of his friends in the Gorbals give you a clue to the various corners of Europe that people came from to find safe harbour in that part of Glasgow. Sitting on the railings by the beach in what looks like Ayr or Troon, he is posing with the banjo beside his friends, Tony Verrechia and Mo Sackolsky (I am afraid I don't know who the women is).

"In the last photo he and his Gorbals friends look as if they are ready for a big night out. He is standing in the middle at the back, with the Clark Gable moustache. Around him my mum can put names to Tony Verrechia, Alec Abraham, Ellis Bergson (who was a hairdresser), Davie Slugletts, Nathan Zemell (who worked in a cap factory), Louie Freedman, and a Caplan."