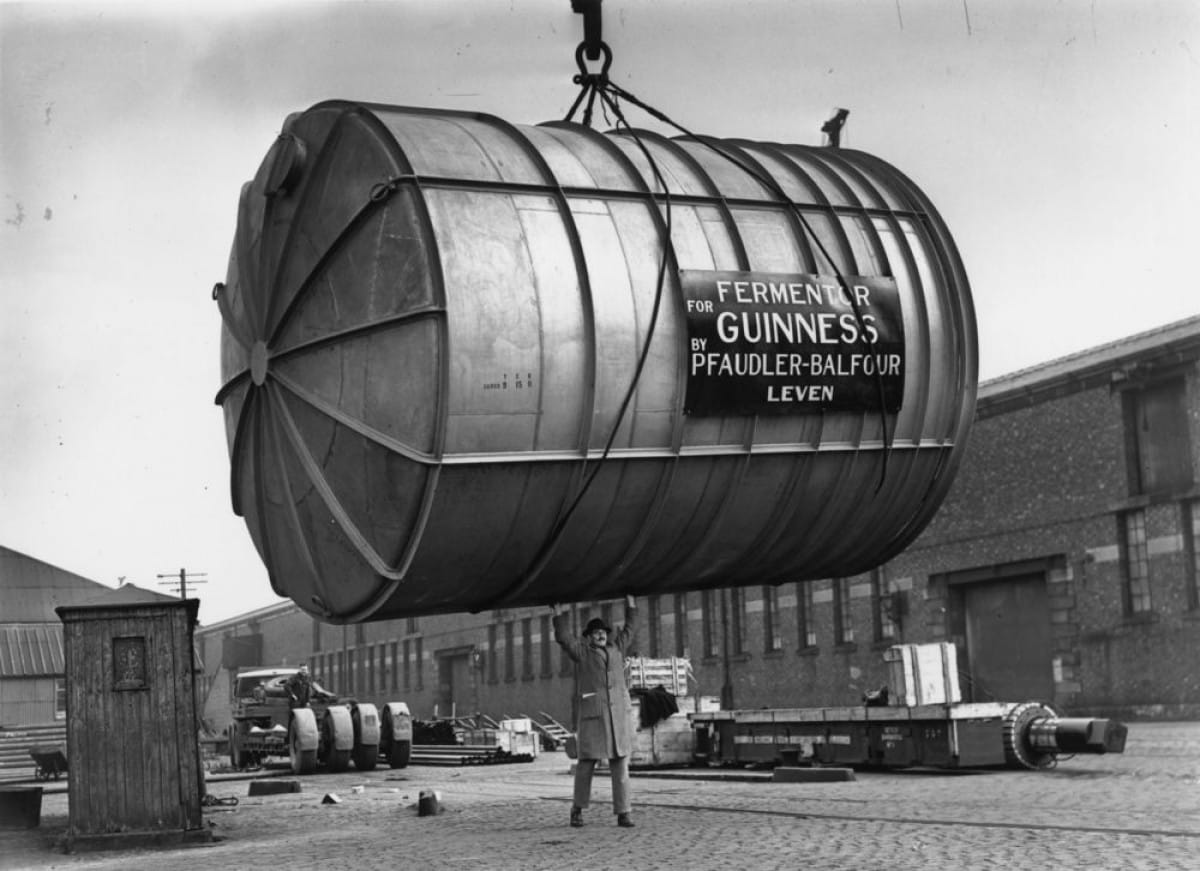 Guinness is good for you... 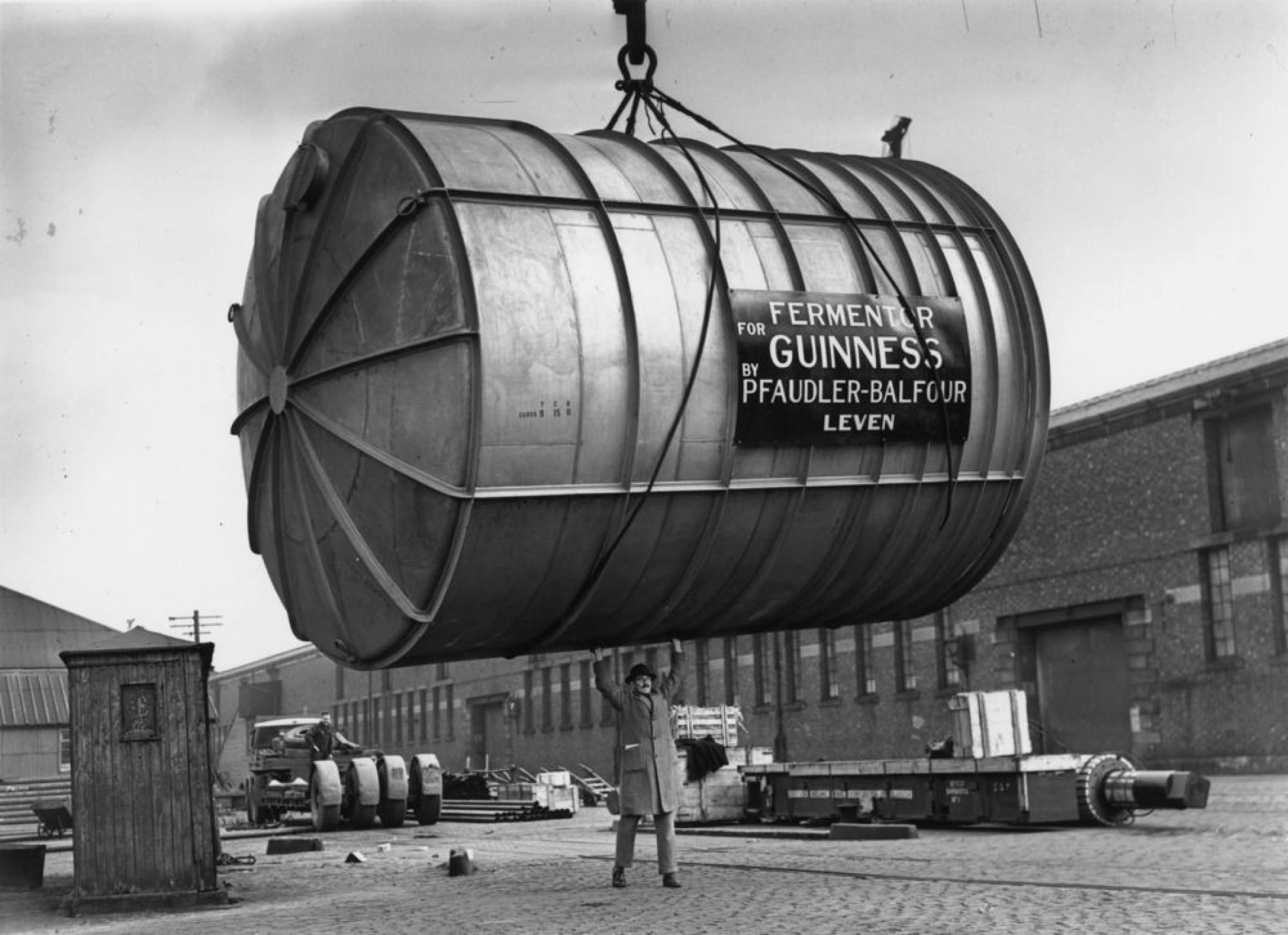 It's March 1949, and this 10-ton stainless steel fermenting tun was stout and about in Glasgow, as it made its way to the Guinness Brewery in Dublin.

Manufactured by Pfaudler-Balfour, in Leven, it proved an awkward load as it was conveyed by lorry from Fife to Glasgow docks, where it was loaded aboard the Burns & Laird ship 'Lairdsglen'.

Mind you, I'd be an 'awkward load' if I had that much Guinness on board!

Capable of holding 150,000 pints of the black stuff, for all we know it might still be burbling away at the St. James' Gate Brewery.

Now, whose round is it?