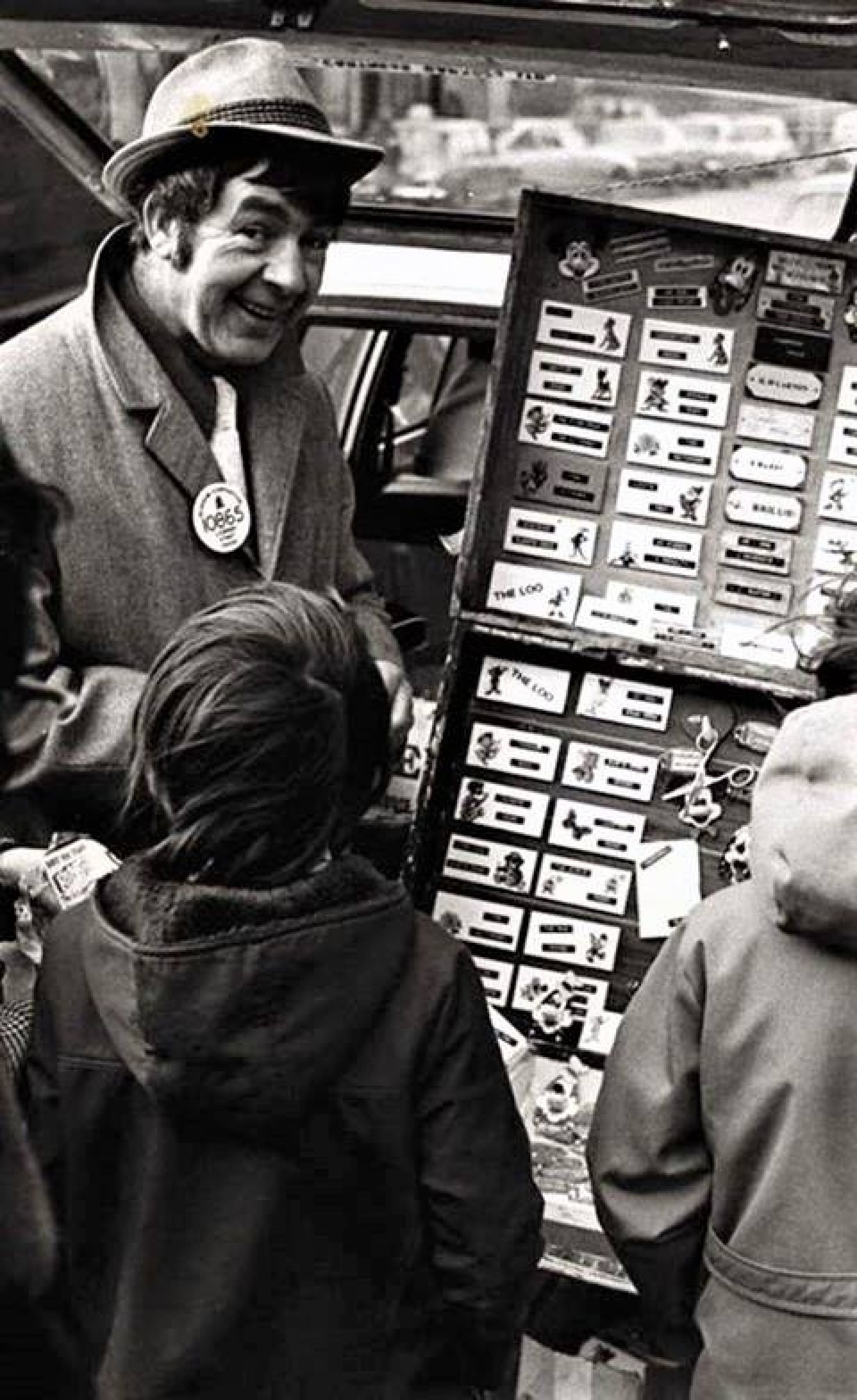 Carol Gray sent in these two brilliant images of her dad, Harry McLarnon.

She says: "Dad was known to all as 'Harry the Hat'. He had a pitch near Danny's Doughnuts at the Barras for many years, mostly selling nameplates, and was a well known character at the market through the 1970s and 80s.

"He later had a pitch outside Queen Street Station, selling signs and socks. He has featured in a few Glasgow books and it would be interesting to see if anyone remembers him or has any stories about him.

"Dad is now 87, and was widowed in August, but I know he would be thrilled to see himself on Lost Glasgow."

Your wish is my command, Carol, and I hope this post helps put a smile back on your dad's face.