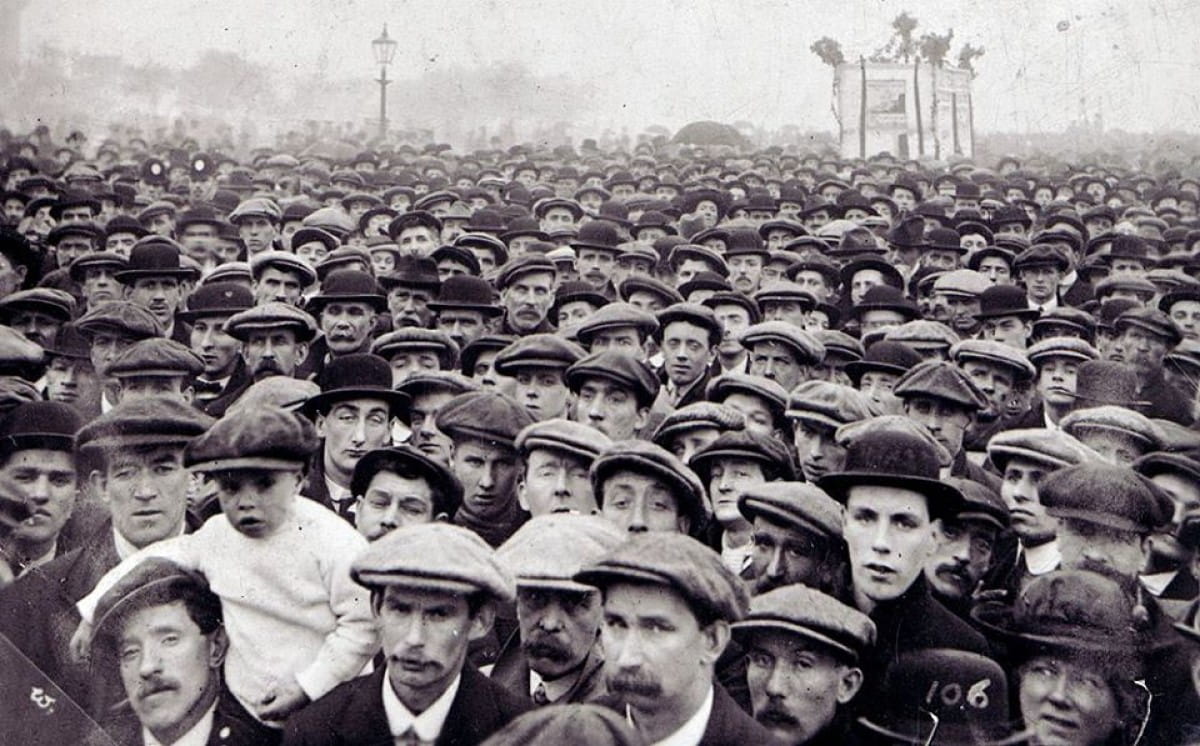 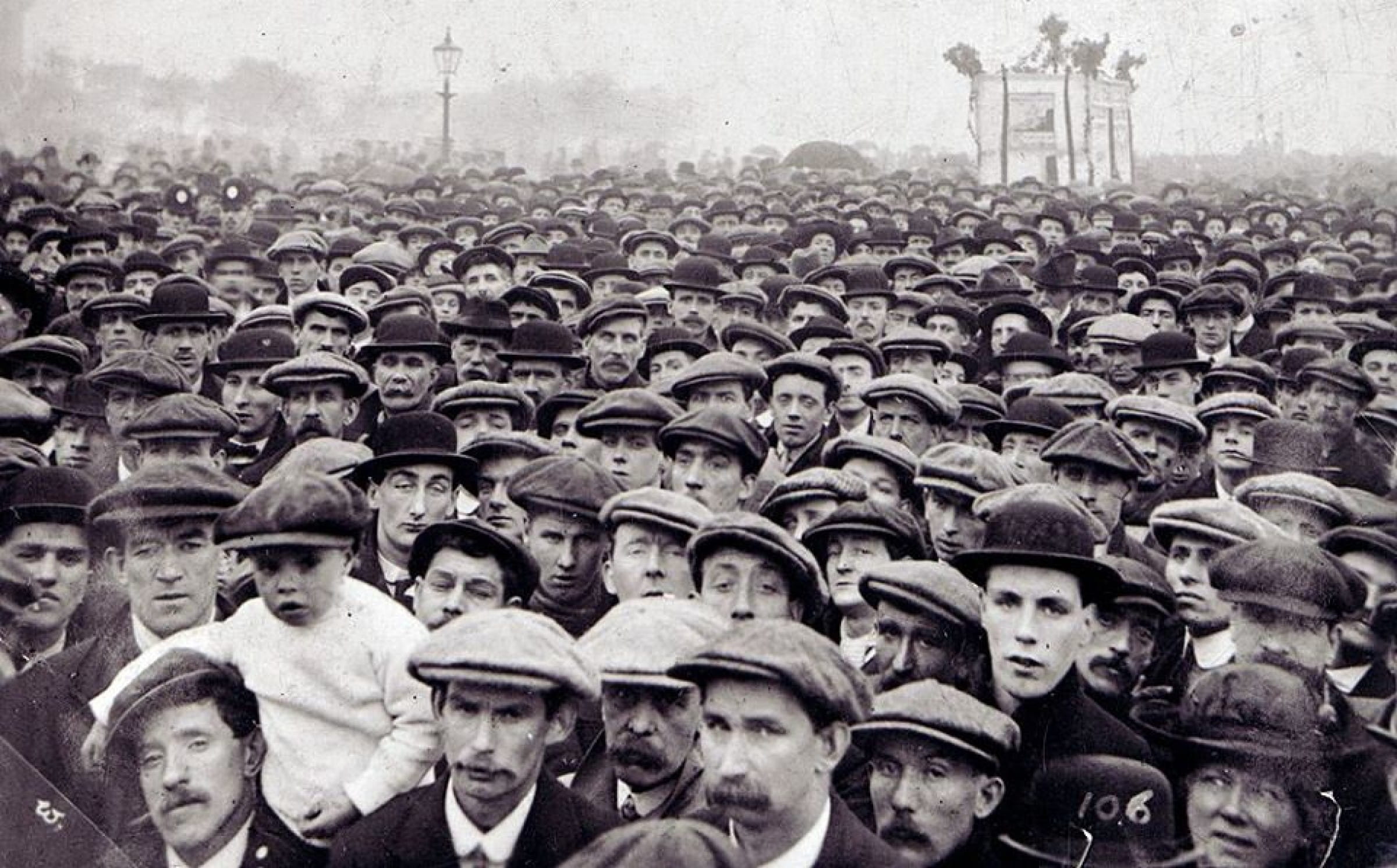 Glasgow Green was a sea of bunnets and Bowlers on May Day 1913. #WearAHatDay

Although the first of May has always been marked in the pagan calendar, it was only in 1889 that it was declared an international working class holiday, by the International Working Men's Association (at the First International) in Paris. The holiday commemorates the Haymarket Martyrs, a group of Chicago trade unionists who were executed in 1886 for allegedly killing eight policemen by throwing a bomb during a protest against police brutality.

Although this crowd all seems to be men, there's one wee woman, in her good hat, bottom right. And, look off to the left, and you'll spot two big polis in the crowd.

Just over a year after this May Day rally many of these men would be swapping their civvy titfers for military caps, Tam O'Shanters, and Glengarries to go marching off to the trenches, and slaughter, of the First World War.