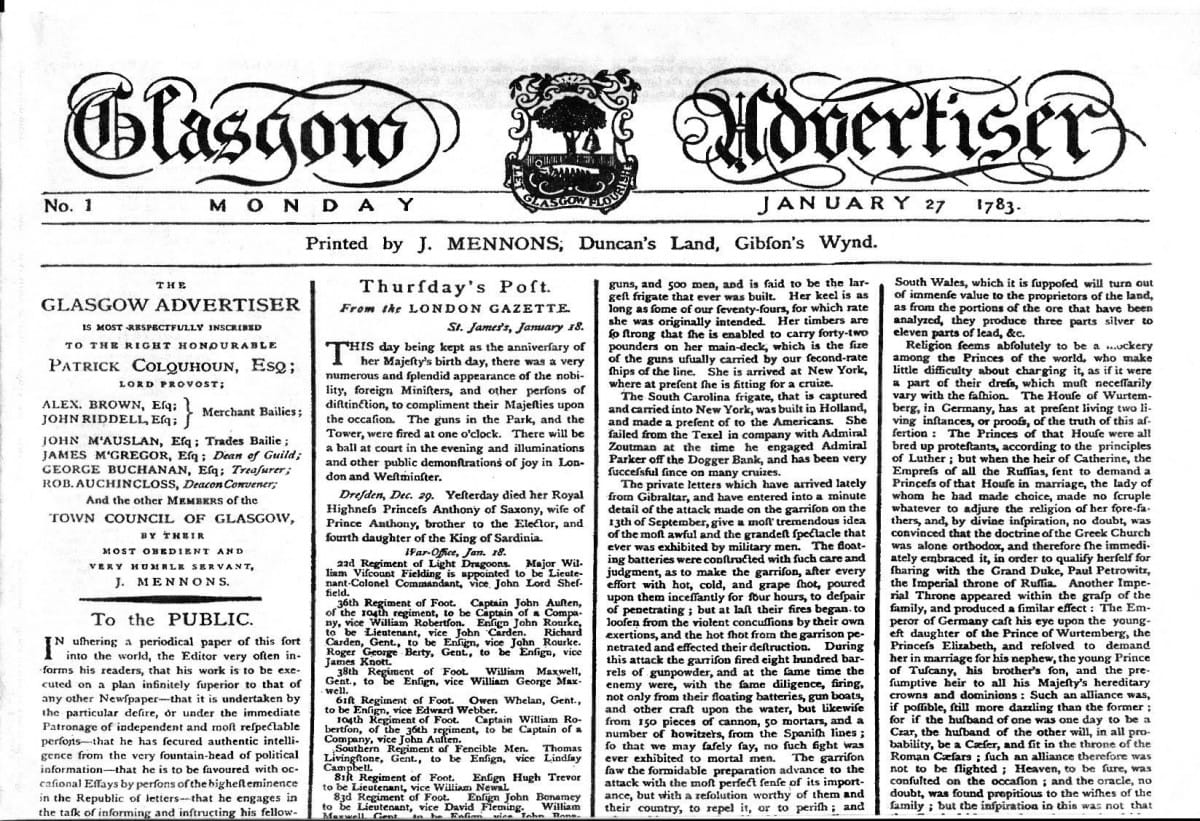 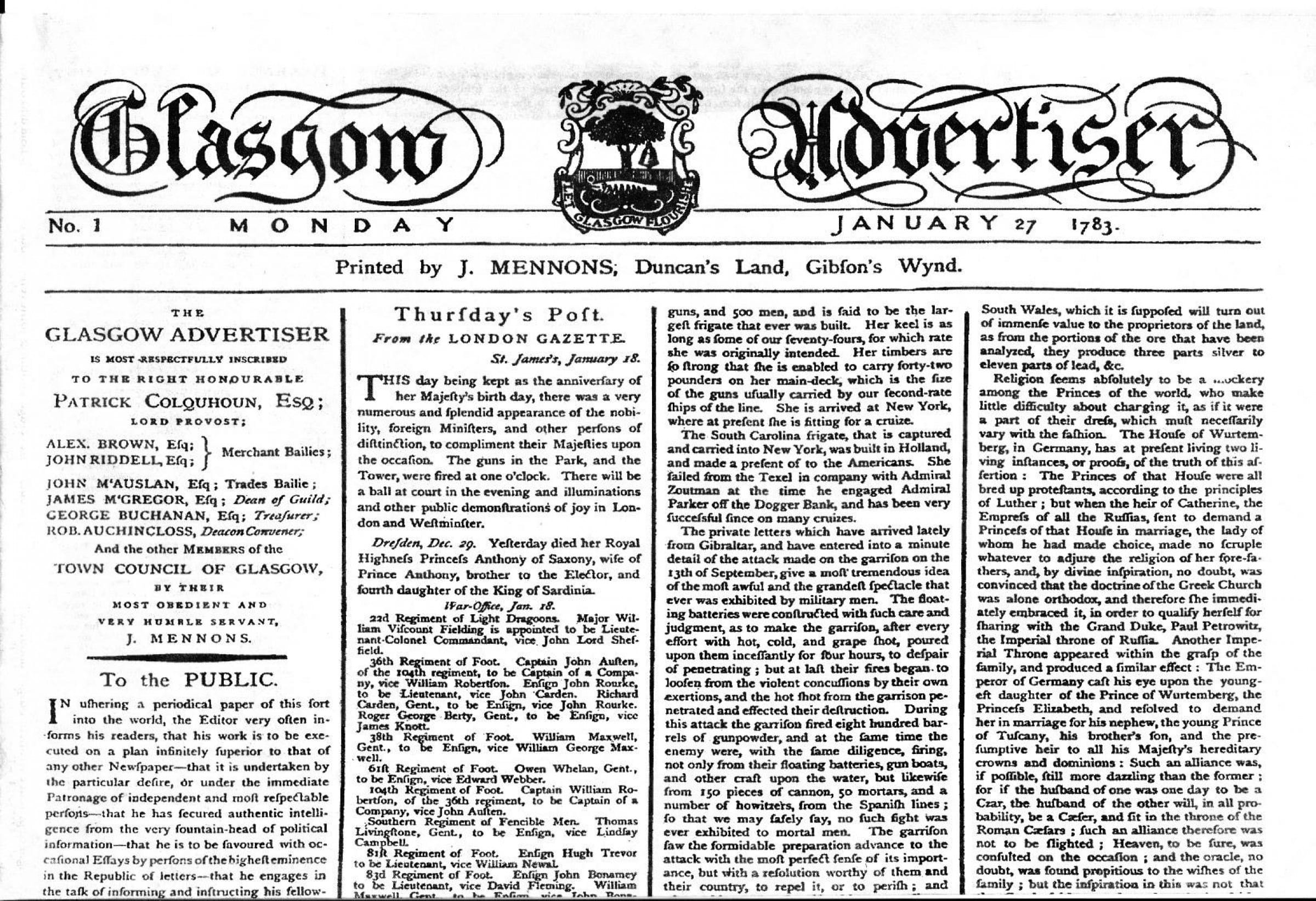 The Glasgow Herald, one of the oldest continuously published daily newspapers in the world, was first published on 27 January 1783. The paper was originally named the Glasgow Advertiser, and after a short spell as The Herald and Advertiser and Commercial Chronicle, became The Glasgow Herald in 1804.

The paper's first editor John Mennons worked from offices at Duncan's Land on Gibson's Wynd, with the company moving to 'The Lighthouse' in Mitchell Street in 1895, a building created by architect John Keppie, who apprenticed the young Charles Rennie Mackintosh. The paper became known simply as The Herald in 1992.

Gibson's Wynd, at the back of the Tron, was later renamed Prince's Street, then, later still it became Parnie Street.

Back in 1783, the paper consisted of only four pages, bringing us news of sea battles, peace talks in Paris, the threat of war between Austria and Turkey, and an auction of fine Jamaica rum. So, not much change there then!

Get your magnifying glasses out, and prepare to read the very stuff of history.