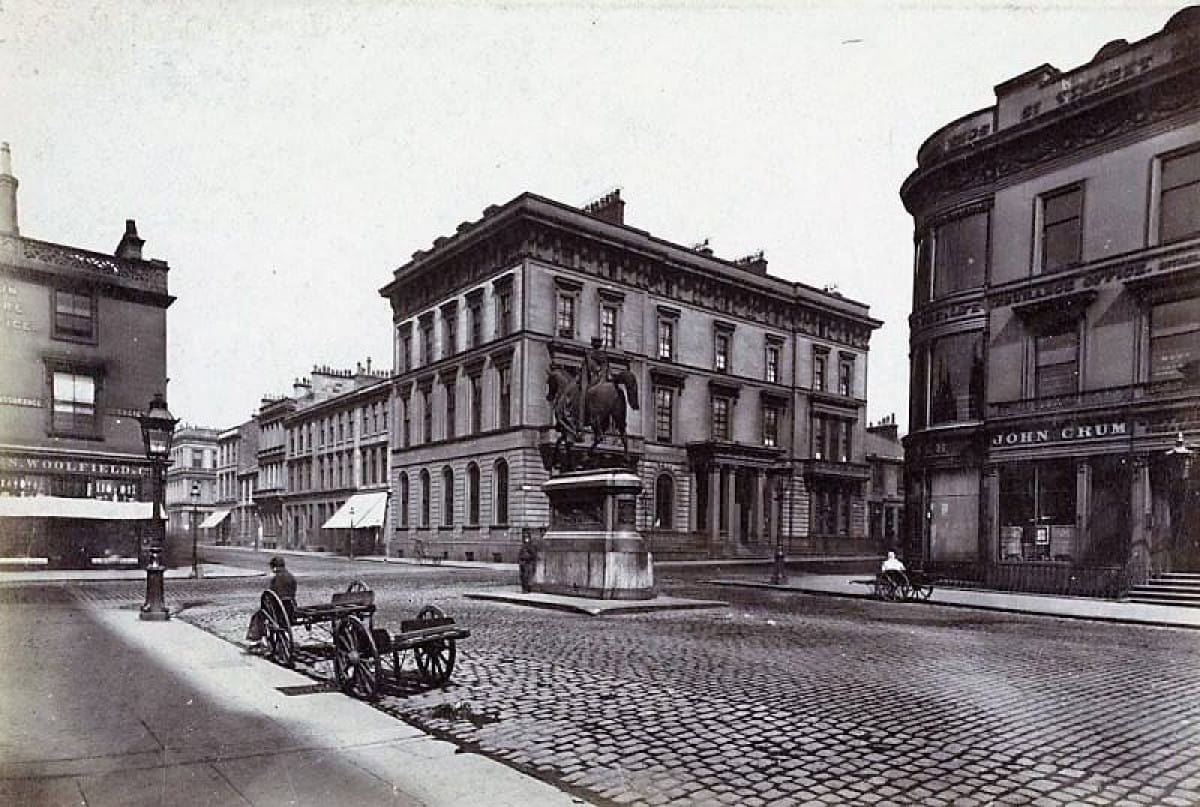 Jun 138
The statue in its original location 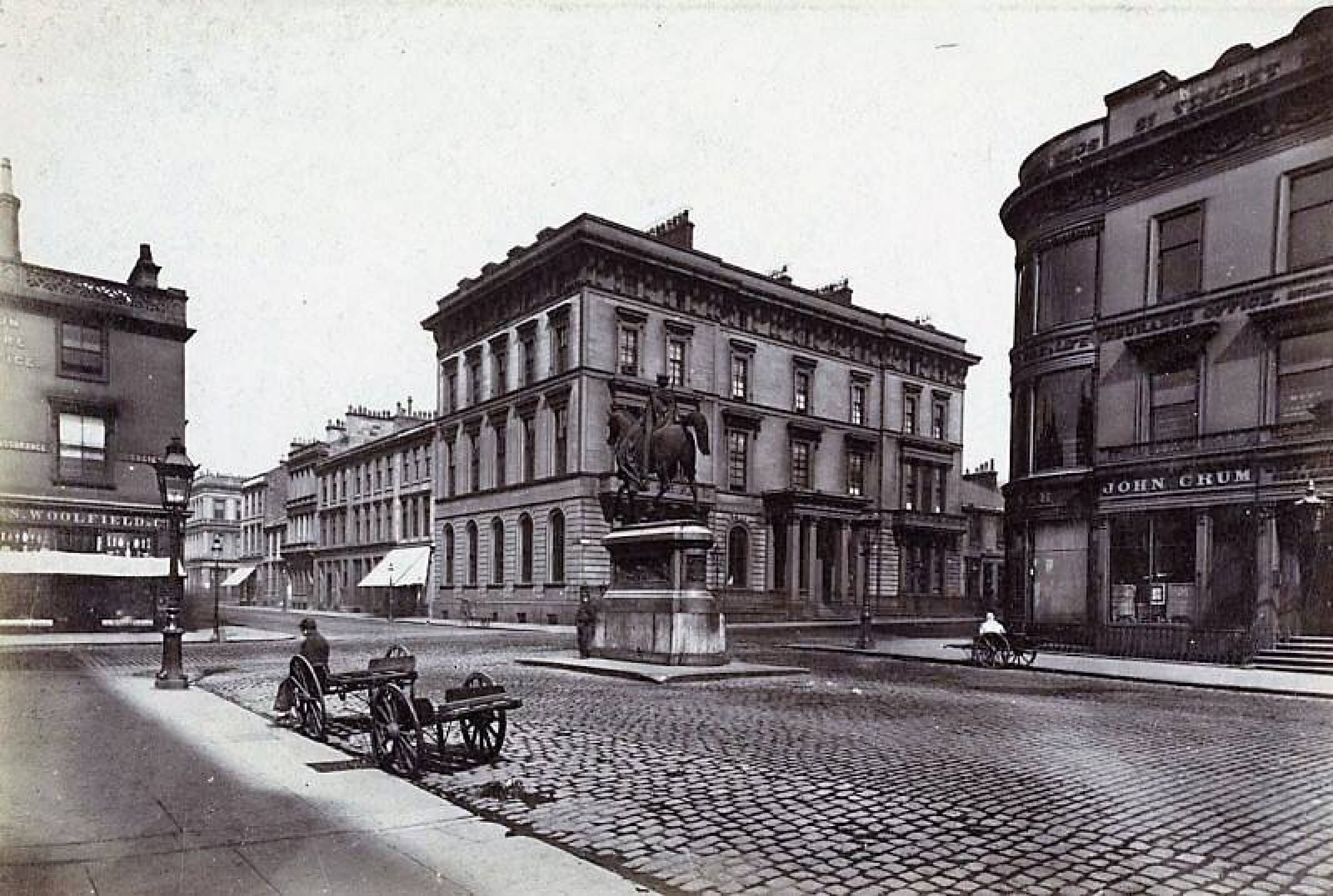 She gets about a bit does old Queen Victoria...

The statue of the former monarch which now stands on the west side of George Square began life here, on the corner of Buchanan Street and St Vincent Place - that's the current Apple store in the background, built for the Amicable Life Assurance Society, it later served as the city's Western Club.

Modelled by Baron Carlo Marochetti, the same sculptor who did the Duke of Wellington statue in Royal Exchange Square, the statue was unveiled in 1854. It was raised to commemorate the Queen's visit to Glasgow in 1849, with episodes from the visit depicted in the reliefs on the sides of the pedestal. It was Britain's first equestrian statue of a woman, and drew enormous crowds for its inauguration. Look closely, and you'll notice that Victoria is riding side-saddle.

Working on the theory that a moving target is harder to hit, the steed, and Queen Victoria, bolted for George Square in 1866 (the monarch was becoming an impediment to traffic), when her consort, Prince Albert, also got the Marochetti treatment. Albert was moved in the 1920s, when the city's Cenotaph was erected.

Should you wish to write a letter of complaint to your MP about the Queen's horsing around, you could always nip into John Crum's, on the other corner; he was a wholesale stationer; the very man to supply you with a sheet of foolscap, some ink and a quill.

More about marochettiMore about queen victoriaMore about st vincent place