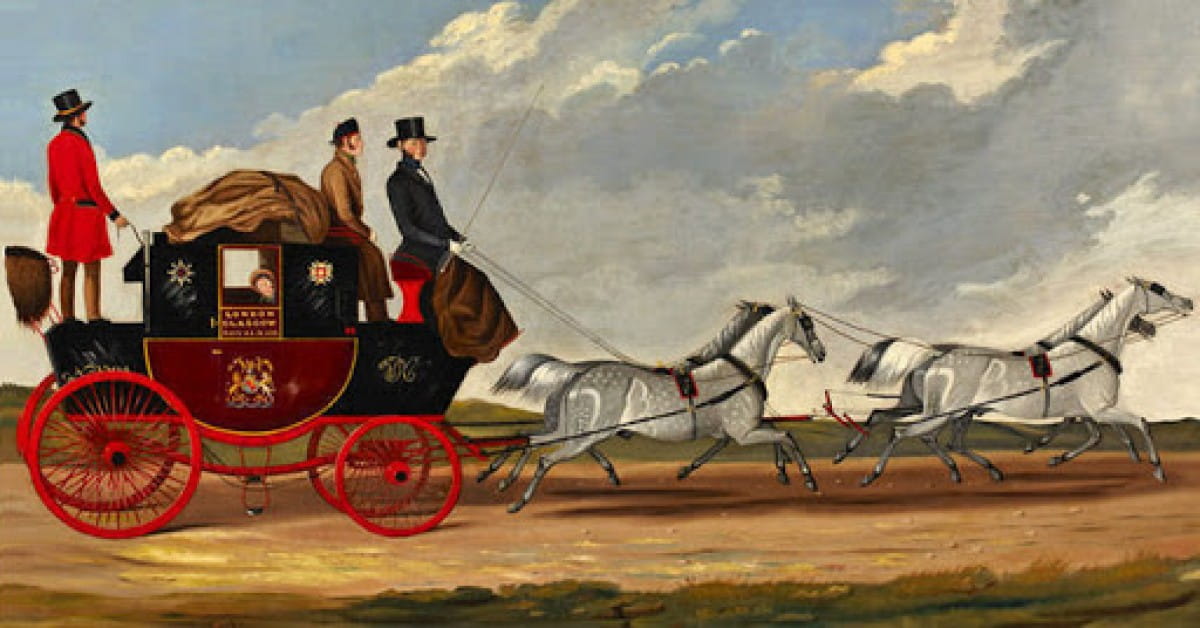 How Glasgow met its Waterloo 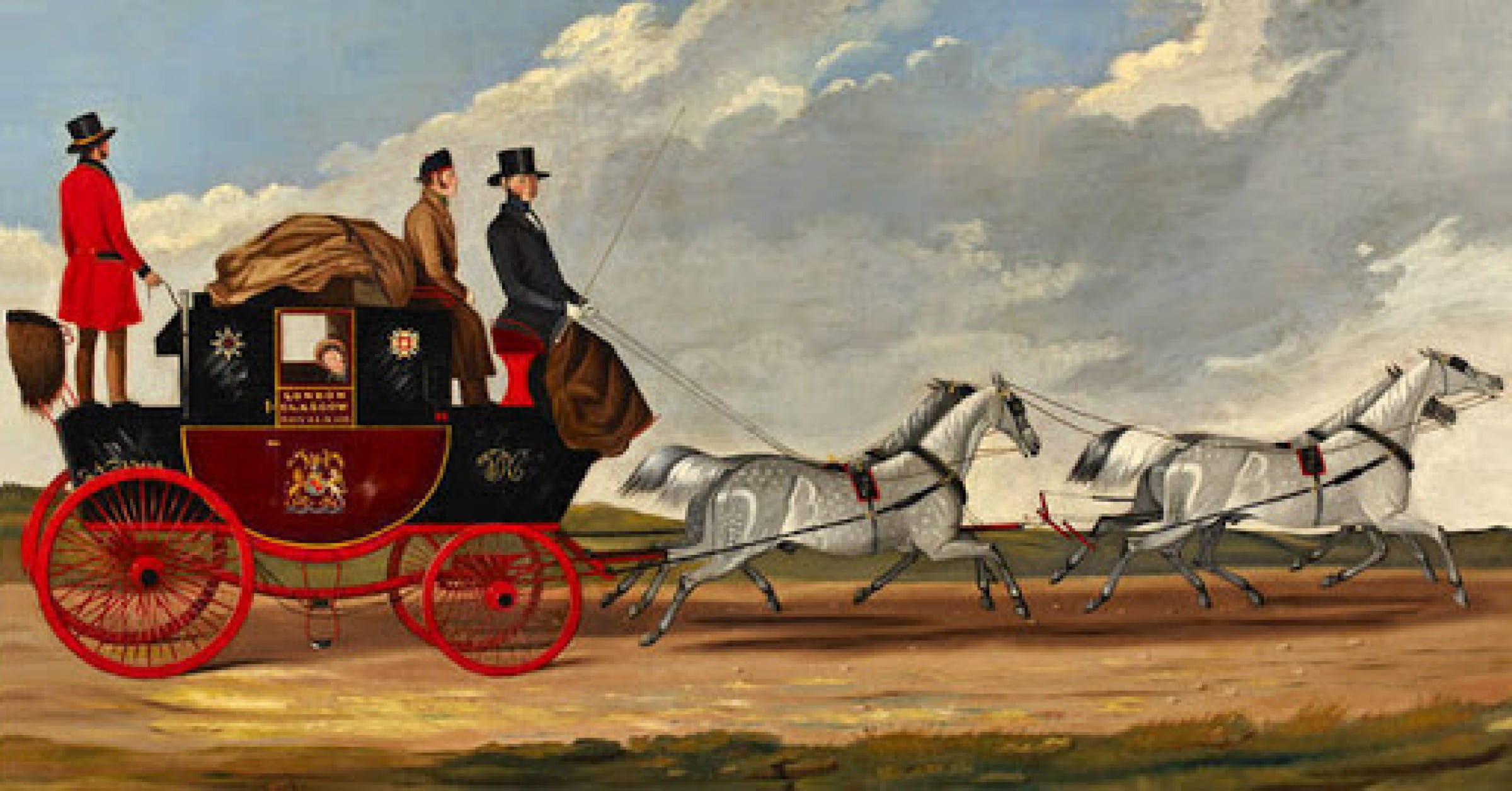 Although the Battle of Waterloo was won and lost on Sunday, 18 June 1815, it took some days for news of the victory to filter through to Glasgow.

News radiated out from London by Mail Coach, eventually clattering into Glasgow late on the afternoon of this very day - June 24.

The often dissolute English author Thomas de Quincey (Confessions of an English Opium Eater) - who would later live in Glasgow - claimed to have, as a student, travelled on the Mail Coach that carried the news of Wellington's victory at Talavera, in 1809, to Oxford.

He recalled that on such occasions, the great, chocolate brown carriage was decorated with flags, and decked in wreaths of laurel and oak leaves, the horses wearing their best and brightest ribbons. The driver up front, and the guard, at the rear, with his horn and blunderbuss, each dressed in the scarlet livery of the Royal Mail, would wear oak and laurel sprigs in their gold-braided hats.

Scores of such coaches, each carrying mail, express letters and the first editions of that day's London papers, would be drawn up in double lines in front of the Central Post Office, in Lombard Street, stretching in both directions, from the Mansion House to All Hallow's Grass. Then, one by one, as lids were slammed and locked on mail sacks, and destinations bawled out by Post Office officials, they set off, 'Going out with victory'.

The Glasgow mail, in addition to the oak, laurel and ribbons, flew a red flag from its roof. Arriving in the city on the afternoon of June 24, the guard blew his horn repeatedly as they galloped along the Gallowgate, and, coming to a halt at the foot of Nelson Street, fired his blunderbuss into the air. All who heard the signal made a rush for the Tontine Coffee Room to read the news of Wellington's defeat of Napoleon.

The news set off days and weeks of celebration, yet the victory would lead to an economic hangover.

With most of the army disbanded, Glasgow was soon filled with unemployed soldiers, and with a much smaller army and navy to shod and clothed, the city's weavers and manufacturers soon faced ruin.

In Glasgow and Paisley, weavers were working almost double the hours to earn just half as much as before the war - and, if you complained, there were plenty of hungry men willing to take your job.

The resulting, long economic crash was one of the reasons behind the Scottish Radical Rising of 1820.

While most folk always take a look at the Duke of Wellington statue, outside GoMA, to check whether or not his cone is in place, few bother to stop and admire the four beautiful sculpted panel which decorate the plinth of Baron Carlo Marochetti’s equine masterpiece.

The four panels depict; the Battle of Assaye, the Battle of Waterloo, the Blessings of Peace, and, my favourite, The Soldier's Return

Typically, while maw and the family dug are delighted to see the prodigal return, the cat, curled up on a chair, couldn't give two hoots; while faither barely looks up from his Bible.

Long before the cone arrived, generations of Glaswegians, including myself, delighted in sticking a lit cigarette in the returning soldiers fingers.

One of the grim bonuses of the battle was a boom for the makers of dentures and false teeth. made using the molars of dead soldiers, scavenged from the battle site.

For years after the battle, the dentally-deficient great and good of Glasgow might have greeted you with a toothy 'Waterloo smile' - with some city wags suggesting that the most ill-fitting falsers had been made, not from human teeth, but those of the poor horses who fell that fateful day...